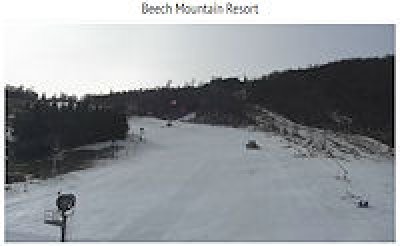 TWO DAYS, TWO DAYS – WHAT ABOUT THE NEXT TWO?

First – Merry Christmas to one and all. I hope that each of you reading this BLOG are blessed with much love, good health, and the opportunity to do WHATEVER it is that you enjoy doing today and the days ahead.

I've grown up hearing the phrase, "What a difference a day can make" and as I've involved myself in the ski industry over the last 17 years I've often referenced it. To date, THIS SEASON has been a November and December FULL of it. (I realize that you can take that last sentence two ways and in the case of this season, both apply so far.)

As we get older we always seem to exaggerate how the weather was never as volatile, snow never deeper, or winds never as forceful as they were twenty or thirty years ago. I try not to fall prey to that in my writing. However I don't think I'm exaggerating to say that I've never seen a swing from NOTHING on the slopes to GREAT conditions and then BACK to "fighting the fight" as I've seen since Thursday of this past week through today.

This past Thursday I was looking around the various webcams we have at the ski areas and perhaps the most stunning were at Massanutten Resort in Harrisonburg, Virginia and Appalachian Ski Mountain in Blowing Rock, North Carolina. The views were "stunning" because neither had any snow on their mountain other than a small patch of snow here and there. I don't think App had ANY. Sugar and Beech were looking very close to having to close for another day or so as they've each done this season. In the case of Beech Mountain, they'd only been open a handful of days thus far. Winterplace Resort in Ghent, West Virginia had a fair amount of snow across a few trails, however there were many stretches of real estate on their mountain without snow. Winterplace Resort had not yet opened for the season.

Ditto Sapphire Valley which has had probably THE LEAST favorable conditions of any ski area in the entire United States and THEY are 100% open today!  They are reporting a base that I actually appreciate reading of ONE to TWELVE inches!
Check out the LIVE STREAM at: http://www.resortcams.com/webcameras-sapphire-valley-ski.php

THEN the cold temps hit Thursday with a low of 21.4° at Beech Mountain. Along with that came 1.5" of snow and then another 5" on Friday into Saturday. Winds were howling but so were the snowguns at all of the ski areas around the Southeast and Mid Atlantic. Temps on Friday at Beech allowed for around-the-clock snowmaking as the high was 21.3° and the low fell to 14.6°. Saturday's temps were EVEN BETTER with the high reaching 27° and the low dipping to 10.4°.

Temperatures were a touch colder the further north you looked.

I was up at Beech filming a bit and then over at Appalachian on Sunday and I don't think I've ever seen conditions go from ZERO to amazing that quickly.  I was talking with Mark Newton, the manager of Alpine Ski Center in Banner Elk on Monday and he stated the very same thing when he shared, "You know what used to take Gunther (at Sugar) three or four days to create, now only takes a day or so with these new snowguns."

Mark and I were talking about how crazy the weather had been thus far as he had organized a rail jam that was meant to take place on December 9th to coincide with Sugar's SugarFest weekend of activities. The weather had other plans and forced to Newton to move the rail jam first to the 16th and finally to the 23rd.

"That makes it tough because we basically had to organize three different events in a sense because some of the riders, bands and emcees couldn't make it one weekend or another. All in all, it turned out decent enough," added Newton.

Conditions were pretty amazing this past Saturday across an understandably limited amount of terrain.

…and then another two days passed – basically – and RAIN FELL. Anywhere from one-half to .61" of "under-developed snow" fell across much of the Southeast and Mid Atlantic and temps since Sunday night have been above the snowmaking range for most of the resorts south of Snowshoe Mountain.

Those temps, along with the rain, have certainly caused a slight dip to the bases that were made the two days prior, but as I drove past Sugar Mountain on Monday things looked pretty darn good. I would imagine the conditions were "soft" but the coverage looked decent considering. I'd imagine the same is/was true elsewhere.

As I looked around the LIVE CAMS this morning at 10:15am I see Beech looks VERY NICE and they are grooming. Check it out at: http://www.resortcams.com/webcameras-beech-base-cam.php

Bryce Resort saw some SNOW at the tail end of the day. Nothing to speak…except that I just did! Bryce looks GREAT this morning with well groomed trails. See: http://www.resortcams.com/webcameras-bryce-resort.php

Massanutten Resort is looking at some potential for snow and ice accumulation through Wednesday.

The Homestead Resort is open til 4:30pm today with two trails and a forecast for wintry precip.

Wintergreen is feeling "in the mood". They posted, "Santa is bringing us cold temperatures, natural snow and snowmaking starting tonight! Santa Rocks! We are open from 10a-10p skiing and riding on Upper Dobie.  Snowmaking efforts should resume tonight and continue through the week.  We plan to open additional terrain daily starting Friday, maybe sooner. The Plunge is expected to open Sunday.  We are going to try hard for Saturday, check this message for daily updates."

WHAT ABOUT THESE NEXT TWO DAYS?

That should ALL transition over to SNOW Wednesday night and through the next several days into the weekend. That's it for me today as I am now heading down to hang with family…like YOU should be doing!

Previous Post
Merry Christmas from SkiSoutheast to All of You! More Snow is on the way!
Next Post
Headed to Snowshoe! Can’t wipe that smile off my face! Snow makes for a great canvas doesn’t it?