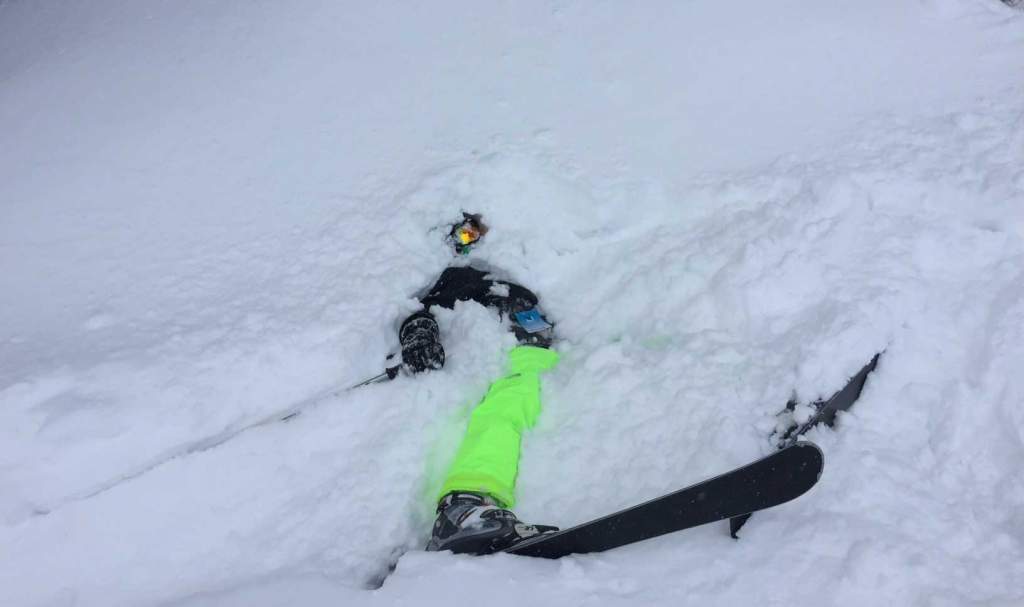 It’s another morning where about half the remaining open ski areas are reporting snowfall.  Totals range from light to moderate to heavy once again.  The snow has already tapered off in sections of the region and will continue to do so up in West Virginia today.   This week has been extraordinary and will remain a memorable one.

This is the fourth time in a row this week that I’m able to bust out the snowfall table.  That doesn’t happen very often and it’s a good indicator of just how amazing this week has been. Below are the updated totals for the week. As a reminder, I put the 78 hour total because the snow started falling really late Sunday night/early Monday morning.

For the most part, the snow began to wane yesterday, at least compared to Tuesday.  In North Carolina, Sugar was able to eek out several more inches early on.  By the afternoon the base cam out there was showing some clear skies.  Other than that, additional snowfall in North Carolina was pretty limited yesterday.  That said, the morning featured powder conditions from the snow on Tuesday.  Below is an image from App Ski Mountain.  I have never seen it that deep out there.

Wisp Resort in Maryland also saw another few inches which takes them to the double digit mark this week.  Steve Green posted on our Facebook page and said this about conditions up there yesterday…

Wisp Resort was excellent this morning. Not as good as last Friday but almost. Very few people meant more untracked powder. Odin’s Chute hasn’t been groomed since the snow cycle started and was probably boot deep. The groomers didn’t touch any of the steep stuff so there was plenty of powder turns to be had.

West Virginia was once again the place to be if you were looking for snow.  Winterplace has had a great week as they saw 4 more inches which takes them up to 17 for the week now!  They posted a weekly update yesterday and it shows off the sweet late season conditions out there.  It looks more like January than March.

Timberline re-opens today and guests there are in for a treat.  The past 3 days has seen over 20″ of snowfall and all of it has been untracked due to Timberline being temporarily closed.  They are open on 19 trails today, which is the most they’ve had in a while, and the webcam out there showed the snow continuing to fall this morning.

And then we have Snowshoe, who once again had a ridiculous day.  Another 13 inches of snow takes them to a whopping 52 inches since early Monday morning.  Just absurd.  Some of the pictures I’ve seen come out of there recently are crazy.  I follow one of the messageboard members on Instagram and he’s been up there since Monday.  His timeline and story has had me drooling.  The photo at the top of the post was sent in by Sean Mahoney who has been up there this week.  I’ve been buried in snow like that a few times but it was out in Utah and Tahoe.  Below are two videos taken at Snowshoe yesterday.  One is from Snowshoe and my oh my the glades look so good!  The other is from Jeff Weir, owner of the Freedom Boat Club cam on Resort Cams.

The snow didn’t make it over into Virginia once again but Bryce and especially Wintergreen continue to operate with some good conditions.  Bill Nabers, our new Virginia reporter haha, had this to say about Bryce and Wintergreen yesterday…

I worked at Bryce yesterday, skied Wintergreen today…Bryce had good skiing on the terrain open.  Planning to make snow Friday night.  Wintergreen was fun to ski (terrain and high speed lifts).  Limited terrain and some thin spots (rocks) but they warned you.  Nice to see the natural snow on the surrounding mountains and valley…Kudos to them for getting open what they have been able to. they were making snow on Eagle’s when we arrived.  The snow was very skiable.

As I mentioned, the snow should begin to taper off in any remaining spots as the day wears on.  Any additional accumulations SHOULD be minimal.  The wind will pick up though and today will be quite breezy if you are out on the slopes.  It’ll be worth it though.

Tomorrow is going to be pretty nice and if storm riding isn’t your thing then you’ll love it.  Comfortable temps and sunshine after this week’s snow will make for a perfect final day of the work week at many ski areas.  It looks like we might have a bout of rain to deal with on Saturday, but I’ll talk more about that tomorrow.  I’ll also go over updated late season schedules tomorrow as we’ll hopefully have some more concrete answers about operating hours for next week.

We’re up to 9 open ski areas again today and with Massanutten re-opening tomorrow we’ll be back up to double digits.  It’s been an exciting week, and month for that matter.  Try to take advantage of it while you can!