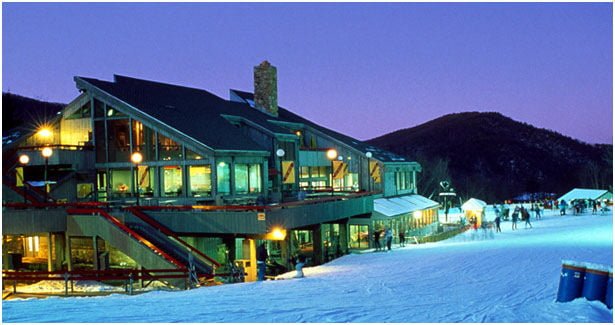 Massanutten Resort has announced that they will open for their 45th ski season this Friday, December 16th. Top-to-bottom skiing and snowboarding, along with snow tubing, will be available from 9am-9pm Friday and Saturday and then will run 9am-5pm from Dec. 18th-22nd. Regular season hours will resume after that.

Kenny Hess, Massanutten’s Ski Area Director, reports, “Favorable snowmaking temperatures (along with the forecasted return of cold air later this week) has allowed our team to put down a solid base on 6 of our 14 trails, with the possibility of even more terrain for opening day.”

What’s new this winter? Massanutten has added several fan-type snowmaking guns up the Diamond Jim Trail and done work in the CMB terrain park, removing some of the earthen features with the intent of adding more rails while making it more accessible to developing park riders.

Base area improvements include an upgraded skier drop-off area near the General Store; with two-lane drop-off capability and a new heated walkway and stairs from the drop off area to ticketing and rentals. The ski and snowboard rental fleet has also been upgraded.

Last season, a massive 5,000 sq. ft. patio expansion off of the ski lodge, hosting the area’s newest après ski hot spot, Base Camp, was created. Base Camp is an umbrella bar concept, providing guests an outdoor, heated dining experience with a slope-side view.

In addition, the ski lodge underwent a facelift with expanded seating and the Grab-N-Go Café on the first floor, along with renovated restrooms, a fresh coat of paint, and new carpeting. “With all of the work that has been done over the past year, along with a new instructional building, awesome new dining options, and fantastic snow conditions, we couldn’t be more excited for our opening day.  We look forward to seeing everyone out on the slopes soon,” says Matthias Smith, Massanutten Resort’s Vice President and General Manager.

Ski area day rates, hours, specials, and snow conditions can be found at massresort.com/ski. News and events are posted daily on the Resort’s Facebook page.

Previous Post
Snowshoe Mountain “Shows Off” Getting Cupp Run Open. Check Out THIS VIDEO!
Next Post
Snow Fell Across the Mountains! See WHERE and When More Snow May Fall.