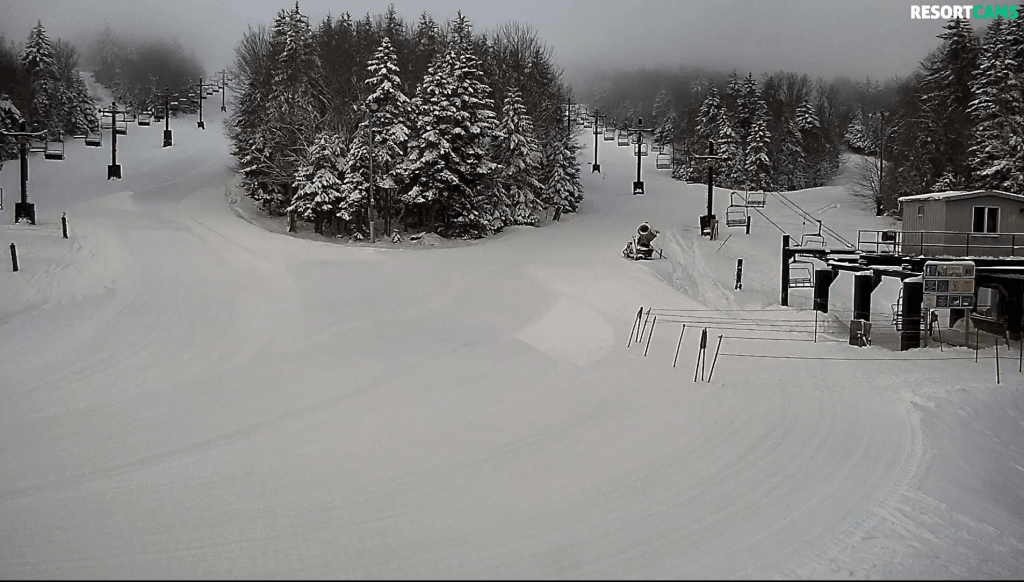 If you caught Brad Panovich’s Skier’s Forecast video last night, he let us know that this coming week is looking more like March with a small mild-up but then next weekend comes more cold. His tagline was “Winter is not done yet!”

He is forecasting below average temperatures as we go into March 17th or so for the Eastern half of the country. With all of the base snow at our ski areas, this promises really nice conditions really for as long as skier/snowboarder interests keep people wanting to come to the mountains.

Next weekend is the Daniel Boone RailJam Saturday. We posted a video about ten days ago and it’s already been watched more than 20,000 times. Crazy great interest for that even as superstar snowboarder, Louie Vito will be there as a guest judge. We’ll be there filming as well…and if the internet allows – I’m thinking some LIVE broadcasts will be in order.

Be sure to check out Brad’s Skier’s Forecast

Several People have mentioned that they like the Video Versions…so we pop those up via Facebook first if you want to catch them earlier.

By the way – guys and gals – we really do appreciate all of our newest Followers on Facebook, Instagram and Youtube as we’re seeing nearly DOUBLE the visitation and outreach of SkiSoutheast this season…

Of course you can always go the traditional route and see everything in one snapshot by clicking below:

Friday’s weather was definitely one for the books. As has happened all season long, the southern tier of ski resorts (North Carolina and Tennessee) saw less snow (about 1″ to 1.5″) than our counterparts into Virginia – where 3-4″ of snow fell – and into West Virginia, where they saw as much as 14″ of snow over the last 48+ hours and 18″ in the last seven days!

We had about an inch at my office mid-day Friday and then some large flakes fell…only to have all of that washed away at around 4pm with spring-like rain! The temp was around 34 degrees at 5pm and I saw some mixed precip falling at Beech.

Further north, the temps were just colder and the snow kept right on coming down.

Regardless, the conditions could NOT look better this morning NO MATTER where you want to hit the slopes as I witnessed a LOT of grooming and pristine corduroy across the entire region. Cataloochee and others had multiple groomers carving up the snow this morning after nearly all ski areas made snow in the last 24, 48 and 72 hours.

There is a LOT of snow out there people!

I was speaking with someone on Friday from up in Maryland and they were sharing that there has been significant snow on the ground at Wisp for a month or so. Significant snow….everywhere and Deep Creek Lake is mostly frozen over with a good base of snow on top of it.

So this is NOT your normal March…come enjoy! Here is a run down of what I saw this morning:

Bryce Resort – 30° – Thanks to Bill Nabers we have a report of 1″ of snow overnight Thursday and another 1.5″ of snow on Friday. TODAY is Winterfest at Bryce. They are 100% open with a 40″ base which has seemingly been the report all season long…seriously. 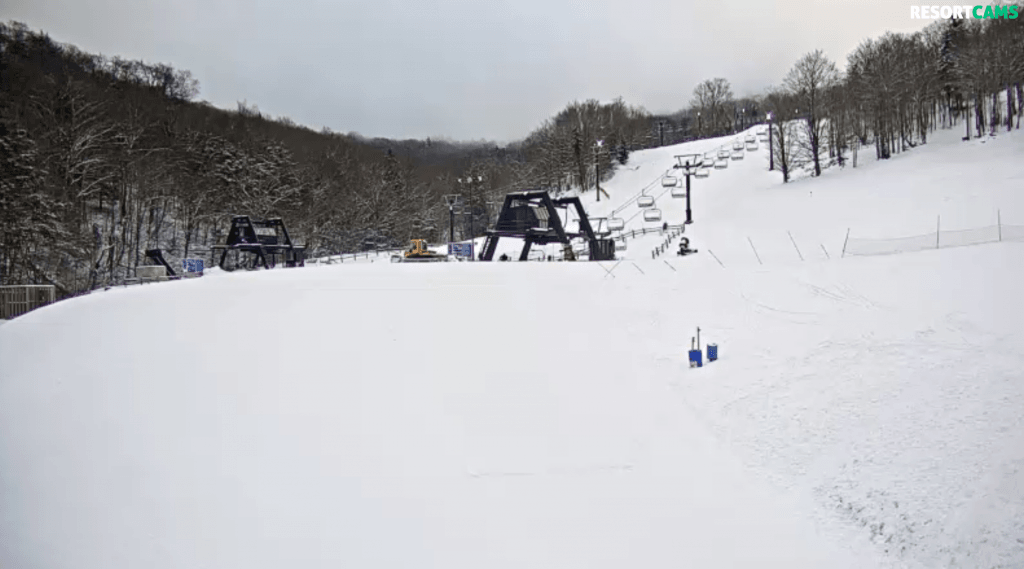 Ski Patrol Director Stan White, who has been at Canaan Valley 30 years, stated yesterday that their Friday conditions were the best they’ve had experienced in years.

Cataloochee Ski Area – 41° – About 1″ of natural snow and I witnessed it snowing there a few times on Friday. Nothing measureable being reported by Cataloochee. They are open with 15 of 18 slopes and a base of 43-78″ of groomed perfection. Tubing is closed for the season. 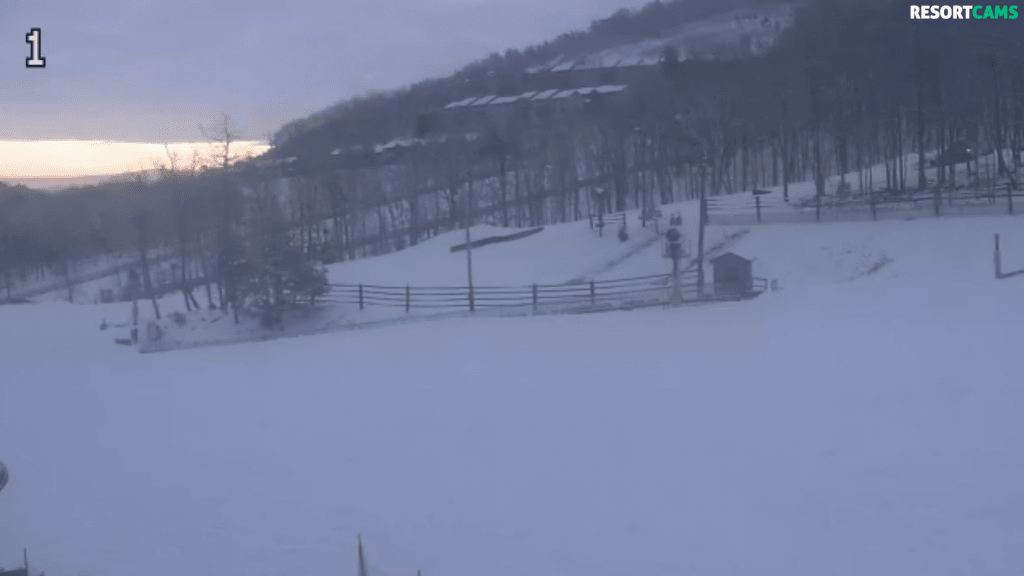 Ober will continue to operate the ski/snowboard slopes after Sunday, March 10. They will operate daily as long as they can, potentially through March 17th. After Sunday March 10th, they will operate Mon-Friday, Noon-10pm, Saturday 9am-10pm, Sunday 9am-7pm.

Snowshoe has extended the season through March 31! From March 25-31, bring in your season pass to any other WV ski area that is already closed at that time and we’ll set you up with a $20 lift ticket.

Omni Homestead Resort – 34° – 2″ of new snow and 32″ on the season. The Homestead is open with 7 of 9 slopes, snow tubing and mini snowmobiles as well.

Wintergreen Resort – 30° – 4″ of fresh snow and now 44″ on the season. They are 100% open with 25 of 25 slopes and tubing as well. Wintergreen reported, “For you night skiing fans today will be the last day of night skiing for the season. Starting tomorrow we will be operating from 9a-5p through at least the 17th.

We have so much snow up here for this time of the year. It truly doesn’t look like we’re nearing the end.” 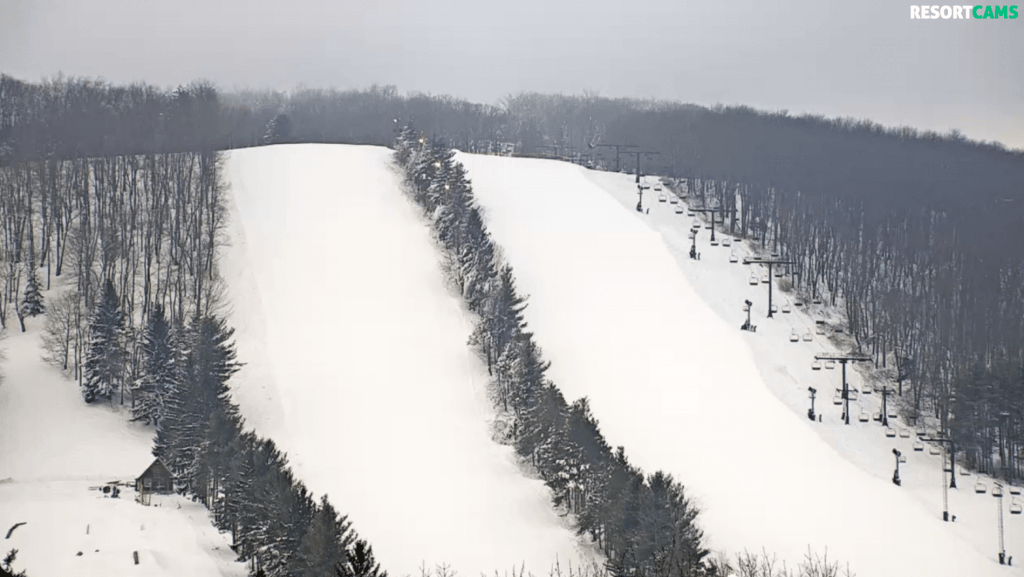 Timberline Resort Power was Cut, Due to Past Due Bills

In closing…more NOT SO GOOD NEWS out of Davis, WV over the last few days. We saw the LIVE webcam at Timberline Resort go down and we figured they’d cut the power to the camera. As it turns out, the power company cut the power.

According to numerous sources – the power cut was due to past due bills. The perils continue…with no end in sight. While we can hope for the best, things seem rather dark in more ways than one up at Timberline Resort. We may have seen the last skiing and snowboarding there, creating another “lost ski area” in the region.

Previous Post
Ski Southeast Forecast for March 8th, 2019
Next Post
A Sunny Sunday on Tap for Skiers and Snowboarders