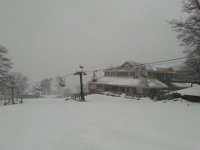 Well, well, well, for all this talk about spring, I’m just not seeing it.  We have such a dichotomy going on right now.  Beech has started their Spring Fever Blowout (where there’s weekday pricing everyday) and Sugar has started their March Madness (Save 25% off most tickets, rentals and lessons).  Meanwhile up in Maryland, Wisp resort has received 6” of natural snow overnight and the West Virginia and Virginia resorts are starting to see some snow of their own falling.  It’s currently snowing at the West Virginia and Virginia resorts with early reports streaming in of 1-2” already on the ground! 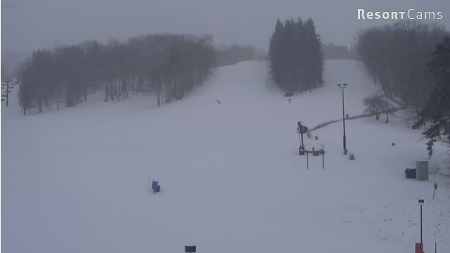 Snow is falling at Canaan 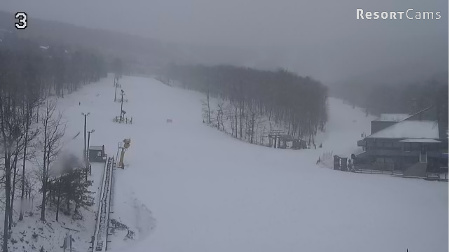 Down here in North Carolina, we are not going to get so lucky.  Looks like we can mostly expect rain first thing this morning before switching over to a wintery mix around mid-morning and then snow in the afternoon and evening.  But no National Weather Service Alerts.

As many of you already know, Sapphire Valley Ski Resort has closed for the season.  This isn’t a shocker for those who follow southeast skiing, and I’ve got to say [again] that I am really impressed with the way Sapphire handled this.  They made snow last week when they could and they closed on the good foot, rather than trying to milk the snow they have on the ground until the strip down the middle is too small to ride on. 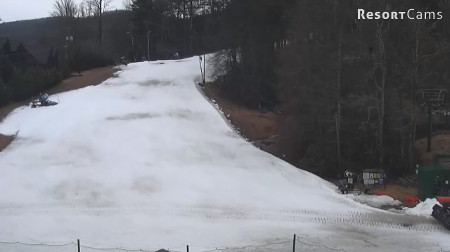 The last look for the season.  See you next year!

Wolf Ridge Ski Resort has trimmed their operating hours to weekends only for the remainder of their season.  Wolf will reopen Friday to offer boarding and skiing through Sunday. 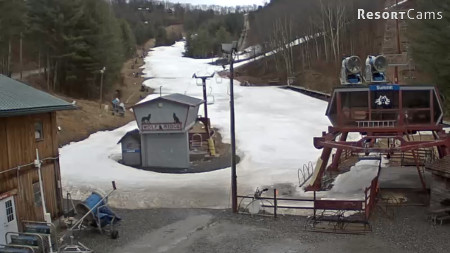 No telling how much longer the Wolf will make it.  I have not seen them make snow in quite a while and the sides are starting to creep in.  If you’re a Wolf skier, or want to be, make plans to get there this weekend -it might be your last chance!

So March is here and has already claimed its first victim.  There is no doubt that we will exit the month of March with much fewer operating resorts than we started with, but that is to be expected.  But until that time, there is still life in the Southeast and Mid-Atlantic resorts.  Life, hell – there are powder alerts popping up at many of our northern member resorts!  Get while the getting is good!