Lots of Snow and Cold to End the Work Week! 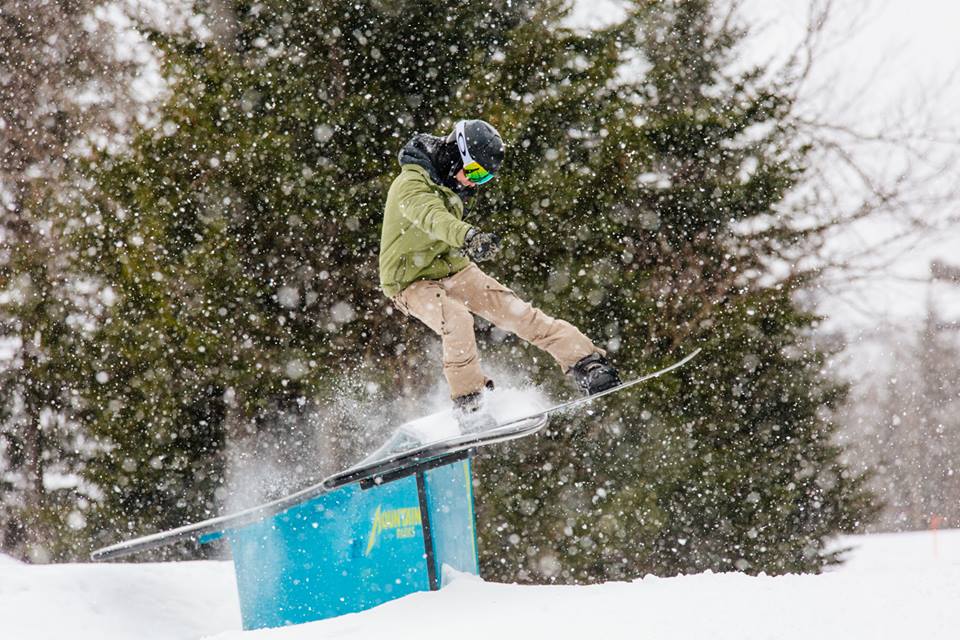 I am so flustered and excited this morning.  I haven’t even drank my coffee yet either!  Hopefully this post makes sense and I don’t just ramble on and on incoherently.  The cold and snow has me really excited for the weekend ahead.  We already have some snow to talk about in the northern portion of the region and it’s going to be a powder day up that way.  The southern half of the region looks to get in on the action tonight as well.

Let’s start with what happened in the past 24 hours and that would be the moderate snowfall that occurred in West Virginia and Maryland.  Below is the table with those numbers….

The forecast called for 4-6+” and that was fairly accurate.  At times yesterday it was absolutely beautiful up that way and some fat flakes could be seen on the webcams.  Here is a view from Canaan Valley in the afternoon yesterday.

It was a similar view at Wisp Resort in Maryland…

Then, last night I was scoping the webcams out once again and the Basin cam at Snowshoe showed some absolutely incredible snowfall rates.  It was nuking!

Needless to say conditions should be fantastic up that way today.  I can’t wait to see the video that I’m sure Snowshoe will end up posting.  The webcams at each resort up there look so good this morning, particularly the Boathouse cam at Snowshoe and the base cam at Canaan Valley.  Both are showing mini pillows of snow that have piled up on the chairs and tables out front.

Yesterday I mentioned about how good the snow quality was going to be with the upcoming snows and how powdery it was expected to be.  It did not disappoint.  David Lesher, who we get our snow reports from for Canaan and Timberline, is reporting that the snow/water ratio is 25 to 1.  Whoa!  That is incredible and very rarely happens here in the Southeast.  Normal ratios here are something like 8 or 10 to 1.  To get 25 to 1 is insane!  Champagne powder!  That should make it pretty easy to get some nice face shots in today.

Attention Turns to the South 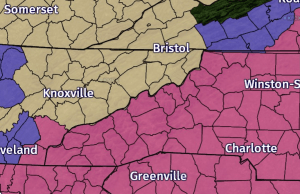 Winter storm warnings are up for all of western North Carolina and Ober Gatlinburg in Tennessee.

The hugely hyped winter storm for Georgia and the Carolinas is almost upon us and it looks like the North Carolina ski areas and Ober Gatlinburg in Tennessee are going to have their own powder days tomorrow as well.  It’s already snowing at a few spots this morning and that will pick up throughout the day.  I have a huge decision to make today and that is whether I want to go to Beech or Cataloochee tomorrow.  It’s going to be a tough call as both spots look to score some decent snow tonight.

Below are the current National Weather Service forecasts for the NC ski areas and Ober in Tennessee today through tomorrow evening.

A couple things to note about these forecasts…first, you’ll notice that for once Beech and Sugar Mountain don’t have the highest snowfall forecasts.  Most of the time they are the favored locations for snow in NC but the way the storm is tracking the more southernly located ski areas are favored for a little bit more snow this time around, at least according to the NWS forecasts right now.  That is the main reason I am leaning towards heading to Cataloochee.  That and I’ve never had a powder day there before!

Second, and even better, almost all of this snow is projected to fall overnight tonight.  That means it won’t be tracked and HOPEFULLY some of it will be left ungroomed.  Tomorrow morning’s first chair could be very, VERY good.  I plan on carrying my GoPro with me to get some video and I rarely do that except for when I go out west.

As of 9am this morning, the only report of snow for the Virginia ski areas is that of Massanutten where they are reporting a trace.  Bryce nor Homestead has gotten their report out yet and Wintergreen doesn’t have any numbers on their snow report and didn’t answer the phone, so I’m not quite sure how much snow they have or haven’t received.  I think they at least saw a trace to a dusting but I’ll update the snow report as soon as I get these resort’s numbers in.

The forecast for these four resorts is anywhere from a trace to up to 3″ for Wintergreen.  They’re in the snow shadow of West Virginia and just a little too far north of the system today.  Unlucky!  Regardless, they’ve all been making snow around the clock.

This system is going to move out really quickly tomorrow and by midday every ski area in the region should see skies begin to clear.  It’s going to remain COLD though!  High temperatures tomorrow and Sunday are generally in the teens and 20’s.  The high at Snowshoe, Canaan, and Timberline for Saturday and Sunday is in the single digits!  Wind chills will most likely be in the negatives for many places.  What does all of this mean?  Bundle up!  Layers, layers, and more layers.

As I mentioned yesterday, this is probably going to be the best weekend of the season thus far.  Hopefully some of you can dig out of the snow off the mountain and make it somewhere to ski and snowboard.  It’s going to be really, really good.

That’s it for me this week.  Mike gets to handle all of the snow reports tomorrow and Sunday.  It should be a lot to go over!  Don’t forget you can watch all of the snow fall over on Resort Cams.  We have a webcam at just about every single ski area in the region. Enjoy the weekend people!

A Word From Our Advertisers

EDGE of the WORLD Demo Days at Sugar Mountain this weekend. The Demo will be going on Friday (tomorrow) and Saturday from 9:30am-3:30pm Jan. 6th & 7th. Consumers will be allowed to take out any of our boards from our demo fleet for FREE. They must be 18 years of age, and all they will need is a valid ID and credit card. The EDGE of the WORLD Demo Tent will be located at the bottom of Lower Flying Mile next to Sugar Mountain’s new Summit Express 6 Person High-speed Chairlift.

Previous Post
Snow and Cold Is In Our Immediate Future!
Next Post
Snow News is Good News… 8″ of New Snow Hits the Ski Mountains!