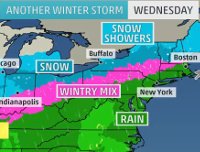 Happy Monday everyone!  As far as Monday’s go, this is a pretty good one with PLENTY of sun on the slopes and temps reaching the 50’s and 60’s.  A magnificent spring skiing day! 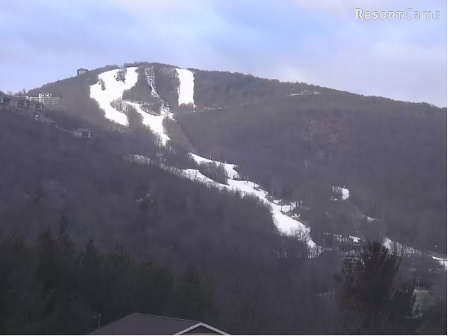 There were a lot of good times to be had at the slopes this past weekend, I hope you were able to get to the mountain.  If not, you still have at least 2 more weeks to get in your fix before it is all said and done for the 2013-2014 season.

We have another storm developing which will hit the Southeast and Mid-Atlantic ski resorts on Thursday. 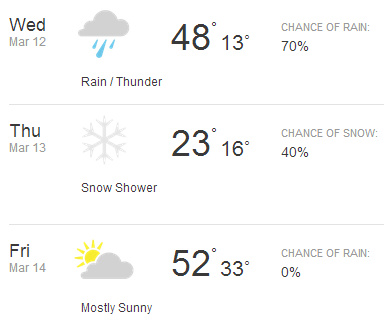 The outlook for Canaan Valley

The farther North you go the better chance you have of seeing snow from this one – which will be named Vulcan if we get that far.  Maryland, West Virginia, and Virginia have a chance for snow, while down here in North Carolina and Tennessee we might get something else.

Taking a look at the snow reports this morning you will notice that, all in all, the ski slopes are holding up OK.  Winterplace is down 10 runs this morning after closing North Camp. 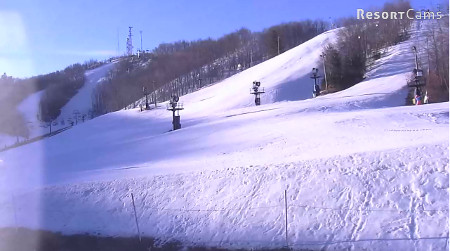 Lots of snow at Winterplace

They still have lots of snow to play with and appear to be going strong.  Winterplace is done with their night session for the season, but has not announced a closing date yet – and with the snow they have down it looks like they could be around for a while.  The real question is can they get people to the mountain to take advantage of it.

A pretty quiet day today, so that is about it.  We’ll keep an eye on the developing storm and update you with any changes, but for the most part it is going to be pretty quiet until the weekend hits.