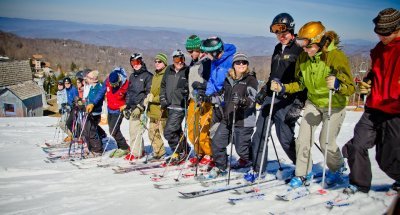 I’m a month and a half early – January is the official ‘learn to ski and snowboard’ month, but I figured it may take some time to persuade some of you pros 😉 that lessons aren’t for beginners only. By giving you all a heads up, you’ll be ready come January to step into student mode.

Resorts offer both group and private lessons for a reason. They’re not required, mind you, but they’re held in your best interest. Think of them as practicing before you play the game. You wouldn’t just walk out on a baseball field or tennis court at the first inning or set without learning how to play first. If it’s your first time ever to hit the slopes, you may consider just winging it, figuring you’ll pick it up sooner or later. Sure, that’s one way, but it’s most likely not going to be the most efficient or safest. 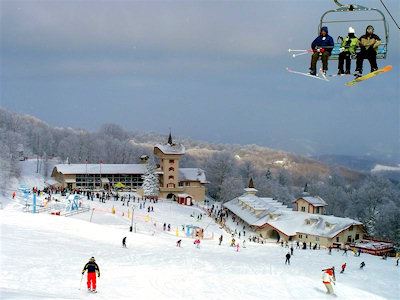 Annebritt Birkeland, a ski instructor at Beech, claims that "lessons are the fastest path to success on the snow." That makes total sense. For starters, you’ll learn the do’s and don’ts not after time and trial and error, but rather by education and right off the bat. Another key point is that many resorts give precedence to classes in lift lines – less time waiting in lift lines equals more time on the snow.

If it’s your first time of the season, same deal, lessons can’t hurt. Everyone could use a refresher now and again; unless, of course, you’ve spent the entire off-season at Liberty Snowflex. Yes, even the most seasoned veteran can learn a thing or two. Chefs take cooking classes; teachers take continuing education classes; even Ben Roethlisberger, quarterback for the Steelers (love him or hate him), has to go through practice and be coached.

Lessons aren’t just about how to ski or snowboard. They can also help with becoming familiar with the various runs. So maybe you’ve already had 20 days on the snow at Canaan but you decide to head to Timberline for new terrain. This would be another great instance to take a lesson. Within just a short amount of time, you’ll know all about their 36 trails and which ones are best for you. Not to mention, you don’t have to worry about being held back and having the class be "a waste" because you’re put in with "a bunch of beginners." Many resorts match skiers and boarders together based on their skill levels and pair them with the right certified instructor.

Just in case you’re considering it 😉 below are details on lessons at a few resorts, to give you an idea on pricing and time:

Cat’s lessons last an hour and a half and are offered every two hours from 9am to 7pm. Group lessons are $20 per person. Private lessons range from one hour at $50 to six hours at $200. At Wisp, you can join a group lesson for $35, or purchase a ‘Learn to Ski or Ride Package’ from $49 to $119 that includes a lift ticket and sport rental, as well. Ober is honoring the ‘Learn to Ski and Snowboard Month’ in January with special package deals ranging from $29 to $69. For more information, be sure to check out the resorts’ websites or call them today. 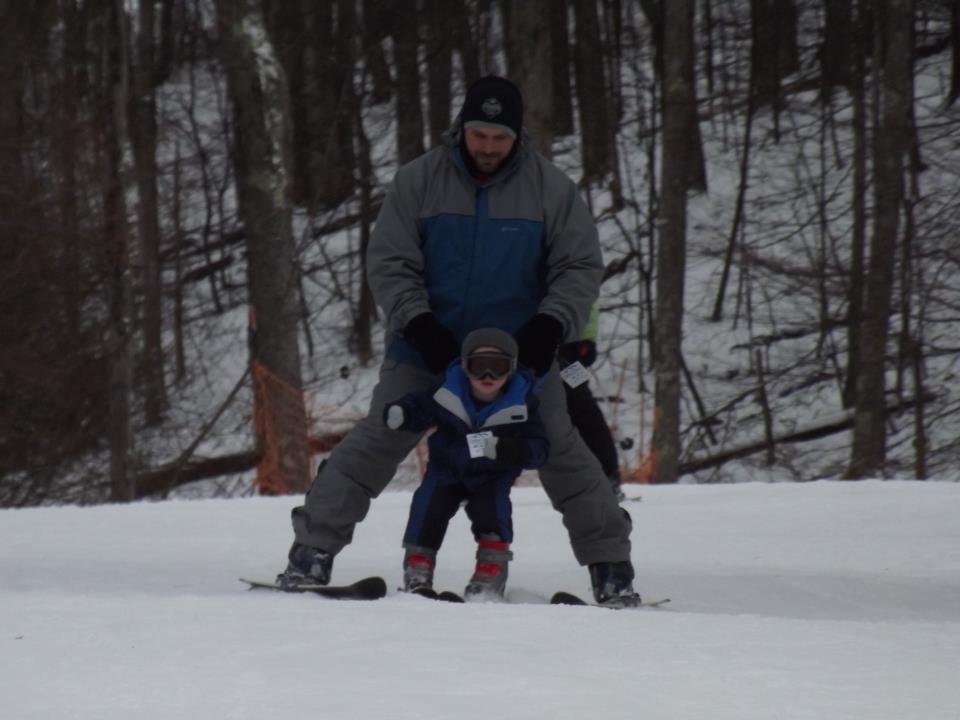 Lessons are for anyone, but for those who want to take it up a notch, how does a clinic sound? Sugar offers a pre-season ski clinic that features a celebrity coach and three days of individual attention. It’s $150 for season pass holders and $225 for non-season pass holders, but daily rates are also available for skiers who can’t/don’t want to attend all three days. The package includes a three-day lift ticket, coaching fees, tuning clinic, video analysis world-class instruction, and a Saturday night dinner to top it off. This year’s guest coach is 1994 Olympic Gold & Silver Medalist Diann Roffe.

It comes down to personal preference. Some people are just students at heart – always looking to learn and grow. I understand, it’s not like the nature of the sport changes from year to year, but if spending one afternoon sharpening my skills is going to put me in a better position for the rest of the season, sign me up!

Feel free to email me your comments, photos, videos, and more at [email protected], and be sure to follow us on Twitter for the latest and the greatest!

Previous Post
Ski Escape Vacation Package by Go NC High Country
Next Post
Haters Gonna Hate. What can you do?