A Little Snow, and Lots of Cold, to Start the Weekend 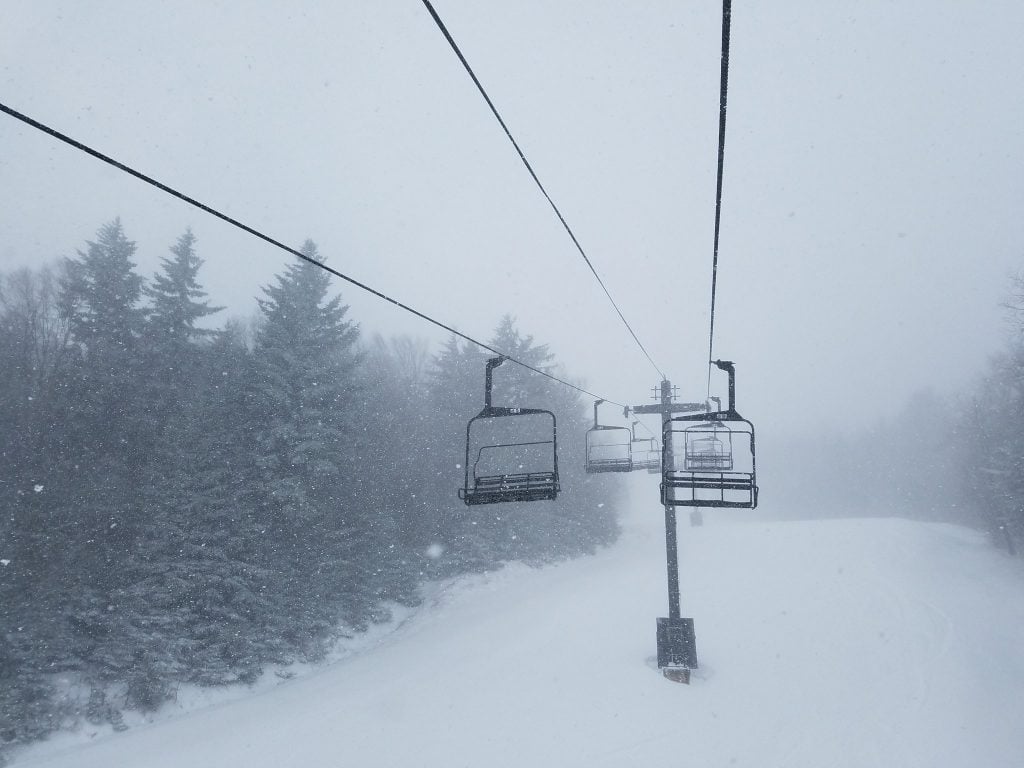 The weekend is just about here and what better way to kick it off then with snow, cold, and widespread snowmaking?  The last 24-36 hours has been eventful as we’ve seen up to 8″ of snow fall in parts of the region and every single ski area has seen optimal snowmaking conditions.  The weekend weather looks pretty decent and this last day or two of winter weather will help refreshen the slopes, making it even better.

We have some more snowfall to talk about this morning as the resorts in West Virginia have seen some moderate amounts in the past 24 hours.  A few resorts in North Carolina have also seen a couple inches as well.  Here are those numbers.

You can see that the heavier snow stayed in the northernmost portion of the region.  That seems to be the theme of this winter.  I was tempted to call today a powder day for the WV ski areas and Wisp but I think most of this now fell during the day yesterday so a lot of it has already been tracked.  Regardless, the snow is much welcomed after several days of warmth. 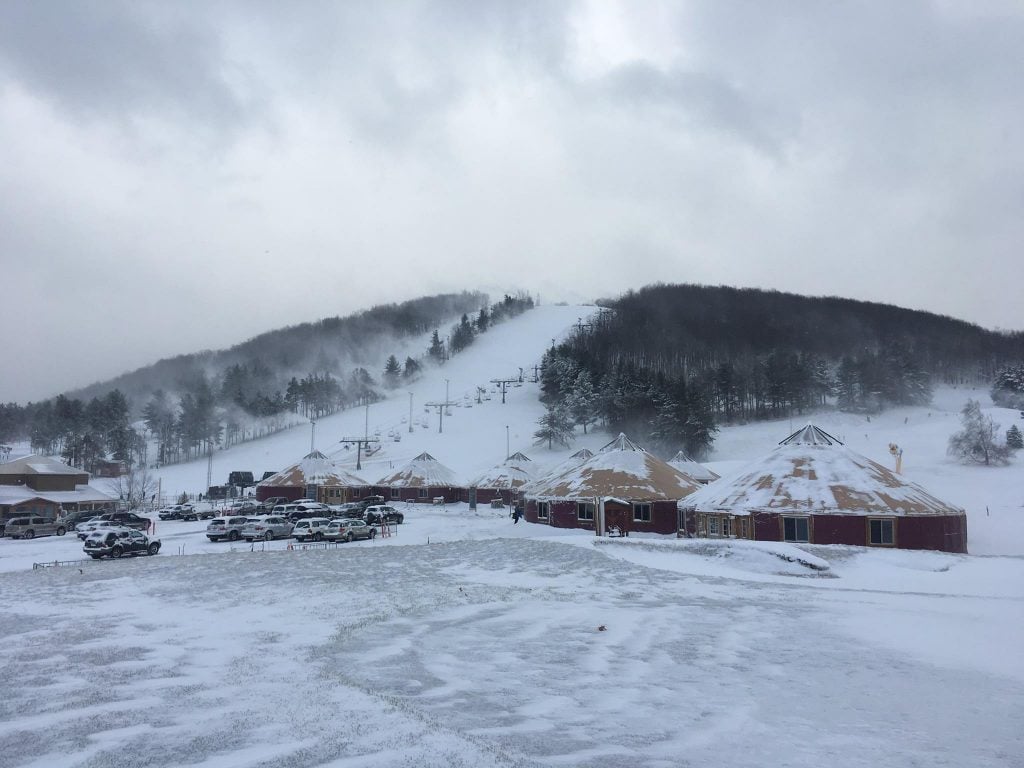 The snow was coming down hard for the ski areas in WV all day yesterday and I constantly found myself checking the webcams.  Fatty flakes were visible all day long.  That, and I have a friend who is at Snowshoe right now and he kept texting me letting me know how conditions were.  Here’s a video he snapped.  Looks good!  He just needs to learn how to turn the phone sideways next time.

I always like the little tidbits David Lesher gives on his morning snow report for the Canaan Valley area.  This morning he noted that the season snowfall thus far for Canaan and Timberline is at 90 inches.  That sounds all good and well right?  Well, it’s actually 18 inches less than the long term average for this date.  So, while the last several weeks has been good for those guys up there we still need Mother Nature to get back to normal.

Further south, Beech Mountain, Sugar Mountain, and Wolf Ridge have all seen a little bit of snow in the past 36 hours.  I put a question mark beside that 4″ 48 hour snowfall report from Beech because I think they are counting yesterday’s snow in their 3″ report this morning.  CoCoRaHS shows 2″ for them this morning and I believe Gil Willis is the one who does the reporting for both.  Whatever it is, all three of those resorts are looking good this morning. 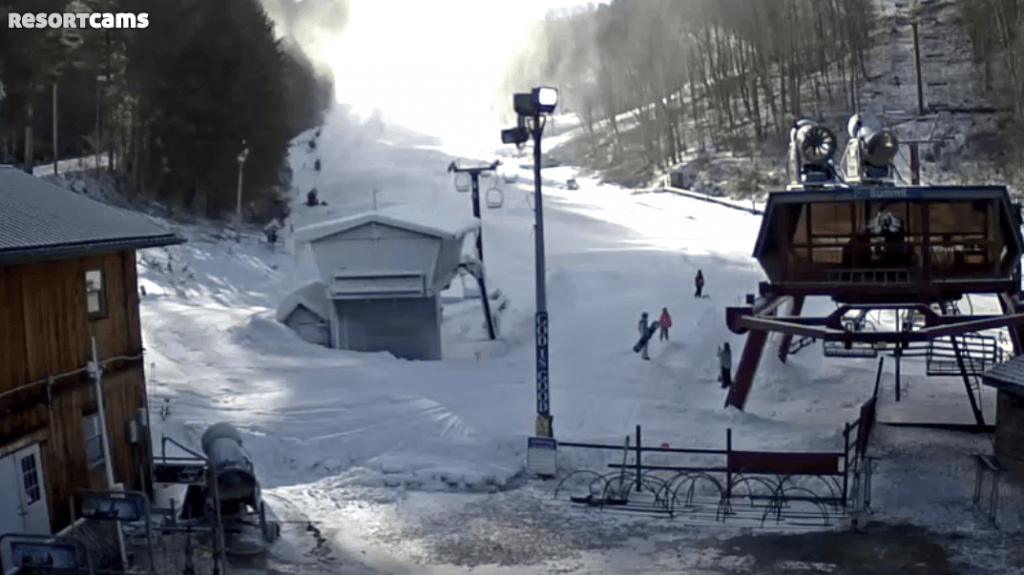 Overall, the forecast panned out pretty much as expected.  The NWS kind of wavered back and forth on the West Virginia ski areas in terms of snowfall numbers, but their forecast from Wednesday looks like it hit the mark.  Good job mets!

If your favorite resort hasn’t seen any snow in the past couple of days, don’t fret.  Temperatures were frigid overnight and every ski area was able to make snow.  It was super cold last night as most resorts saw lows in the single digits and teens, making for optimal snowmaking conditions.  A few resorts even commented about that on their snow report.  And many more were talking about it on social media this morning.

#SNOWPOWER still pumping! What a great start to the weekend!

The first half of the week was extremely warm and definitely put a little dent in the snow, so this brief cold snap is needed and comes just in time for the weekend.  It is pretty amazing what just 24-36 hours of snowmaking and snow has done to improve conditions.  While the weekend looks to see milder temps return, things should remain fine thanks to this cold shot.  As for the weather ahead, here’s Brad Panovich with his latest forecast.

If you can get out and ride today I would highly suggest it.  This fresh snow, both natural and manmade, will be combined with some bluebird skies.  The webcams are already looking NICE this morning and today just looks fantastic.  Tomorrow generally looks okay but it will be much milder and not quite as sunny.  Sunday is going to be even milder, with temps in the 60’s possible at some of the resorts, and the chance for rain creeps back into the forecast.

Brad went ahead and looked at next week in the build-up to President’s Day weekend.  As he mentioned, next week looks good with colder temperatures and plenty of chances for snowmaking.  Even a little bit of light snow is possible.  That bodes well for the holiday weekend visitors.  We’ll talk about that more next week, but just know that if you do have a trip planned things look like they will be just fine.

This is just your friendly reminder that we are now only 3 weeks away from the 2017 Ski Southeast Summit at Snowshoe Mountain!  At the bottom of this post you’ll see some more info about the event with a link you can go to and sign up.  Also, we’re only 2 weeks away now from giving away a couple of season passes to Snowshoe.  Let’s recap.  Discounted lodging, check.  Free lift tickets, check.  First Tracks on Sunday, check.  A chance to win a season pass to Snowshoe, check.  Sounds good to me, so sign up today!

Well, what an up and down week it has been.  Spring, then winter, and now back to spring this weekend.  Such is winter in the Southeast.  Enjoy the weekend people!