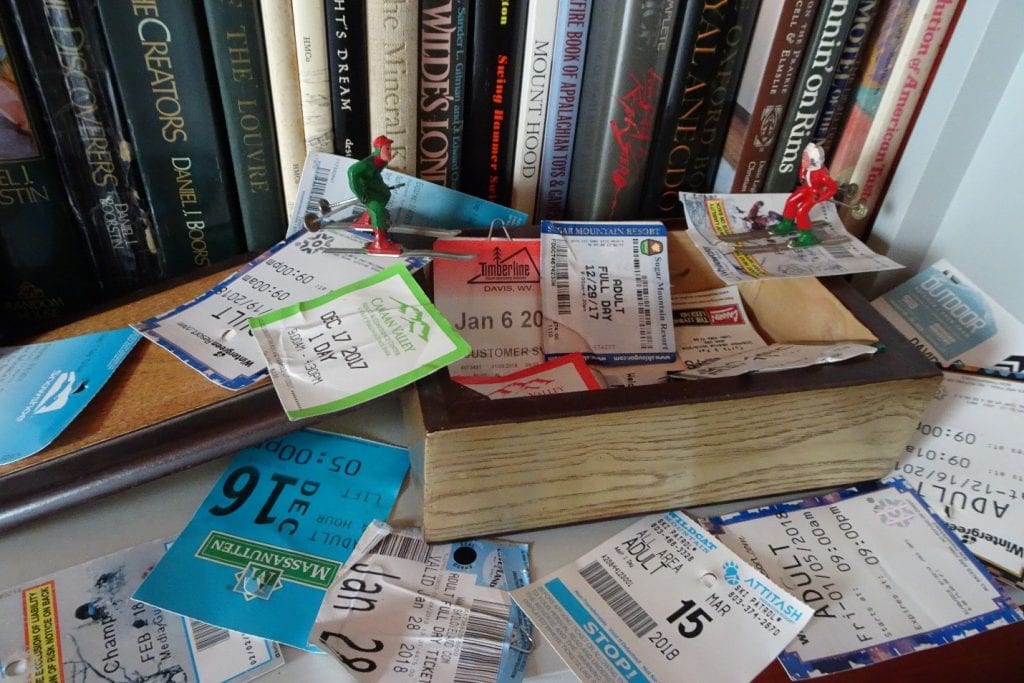 Pumpkins were carved, presumably; leaves are changing, probably; but wherever you are in the southeast, the time has come when planning can commence.  Our resorts have published their pricing for daily tickets and season passes; and serious snow could start falling soon.  Or perhaps more pertinent to our region; the golden algorithm of temperature and humidity, otherwise known as the wet bulb, should allow snow making ops to start in earnest throughout the region sometime in the next several weeks. And that is not even to mention that inveterate optimists such as myself are ready for the unexpected storm that will leave the Weather Channel scrambling for a good storm name starting with A.  I would suggest Aloysius.

The question of whether to buy a pass to a favorite resort or just to buy a ticket after you hit the parking lot comes down first to how many days you may ski at one place and how much you like waiting in lines and contending with logistics.  The numbers below will bear this out; if you will ski at one place for 7-8 days this year, buy a season pass.  That is just according to the economics, and then there are the logistics.  Skiing is a complicated gear laden venture that can involve travel and will almost always involve parking.  Parking takes time, other lucky or smarter souls usually got their first and they will probably be in the lift line well in advance of you.  Buy a season pass and then you can sneer at them as you walk by.  Or stop, say Hi, and offer heartfelt condolences.  I guess my inclination is clear, if you like a place buy a pass, do yourself and that mountain a solid favor.

Anyway, here are the numbers with some asterisks and caveats:

Most of the resorts have military and student discounts, but *Canaan Valley Resort continues the bygone tradition of weekday specials.  Foodbank Mondays gets you a $20 lift ticket if you bring a non-perishable food item. Every Tuesday has a buy one, get one free ticket offer, so bring a friend or lurk by the ticket window until you find a willing stranger. Now that sounds fun doesn’t it?

I love *Wintergreen but must say their pricing structure is needlessly byzantine.  They have a separate price for Monday thru Thursday, $59; for Friday, $69; for Sunday $79; and for Saturday and holidays, $89.  Also, that $399 season pass price does not include Saturdays or holidays until after 4 pm, except some Mondays.  Was this pricing structure designed by Franz Kafka?  BUT, despite, or perhaps because of all that obscurity; they just introduced a 4-pack that looks like an unambiguously great deal: 4 unrestricted 8-hour tickets for $169 which can be purchased online until November 22. That sounds both good and easy. Check their website.

As part of the Ikon Pass, *Snowshoe is the first area in our region to have their pass connected with major resorts nationwide. It’s $300 extra for the add-on but well worth it if you’re planning some destination travel.

*Timberline still has not listed their day rates although the pass price went up on their Facebook page.  I tried calling all week only to get disconnected messages and no response to emails.  This is disheartening, and a lot of rumors are flying but I’m willing to assume they will be ready to go when conditions are ripe. I’ll be ready to ski their glades as soon as they get good coverage, or even marginal coverage for that matter. 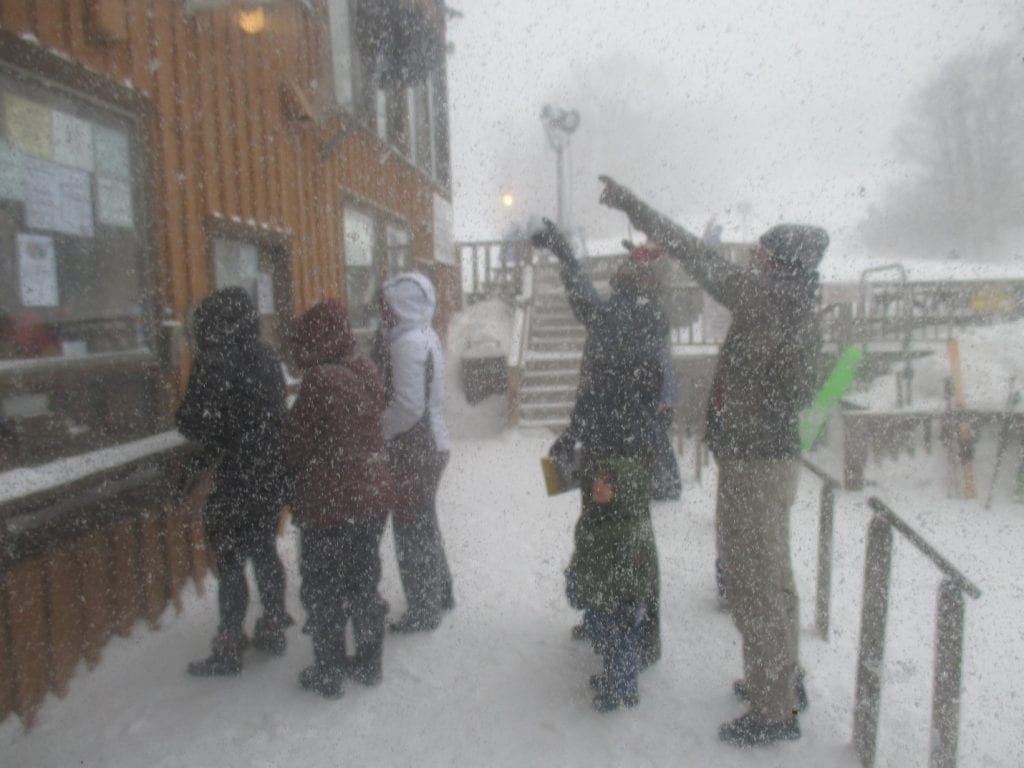 The kind of day at Timberline to have a pass, not wait in line.

Most resorts have better daily rates available in advance either on line or at the window in 2-3 day packages.  Snowshoe is selling their 3-for-all pass at various retail locations on set dates throughout the region, $149 good any three days consecutively or alone.  https://www.snowshoemtn.com/plan-your-trip/deals-and-packages/3-for-all

If you want the flexibility to ski multiple mountains, consider the Gold Card at http://www.goskinc.com/gold-card/ which allows unlimited skiing to ALL North Carolina resorts for $870.  Could this be the year?  Call to check availability.

There are the numbers and the footnotes, what will you do; buy a pass or ski day by day?

I have to give the nod to Massanutten as the best season pass value; it’s a bit of a drive for most of us but a place that you should ski this season when all its terrain is open.  Last year the only season pass I invested in was at Whitegrass in West Virginia.  I didn’t include them in the table above because there are no lift tickets, as there are no lifts, so start working on your quads now.   Their season pass is $140 and their “day use fee” is $20.  A cheat is to buy a single ride at Canaan, scoot over to the pipeline and drop from the top Bald Knob into tree skiing nirvana. Pay for your day and enjoy the warm glow of their little red lodge with a micro brew and a bowl of soup. 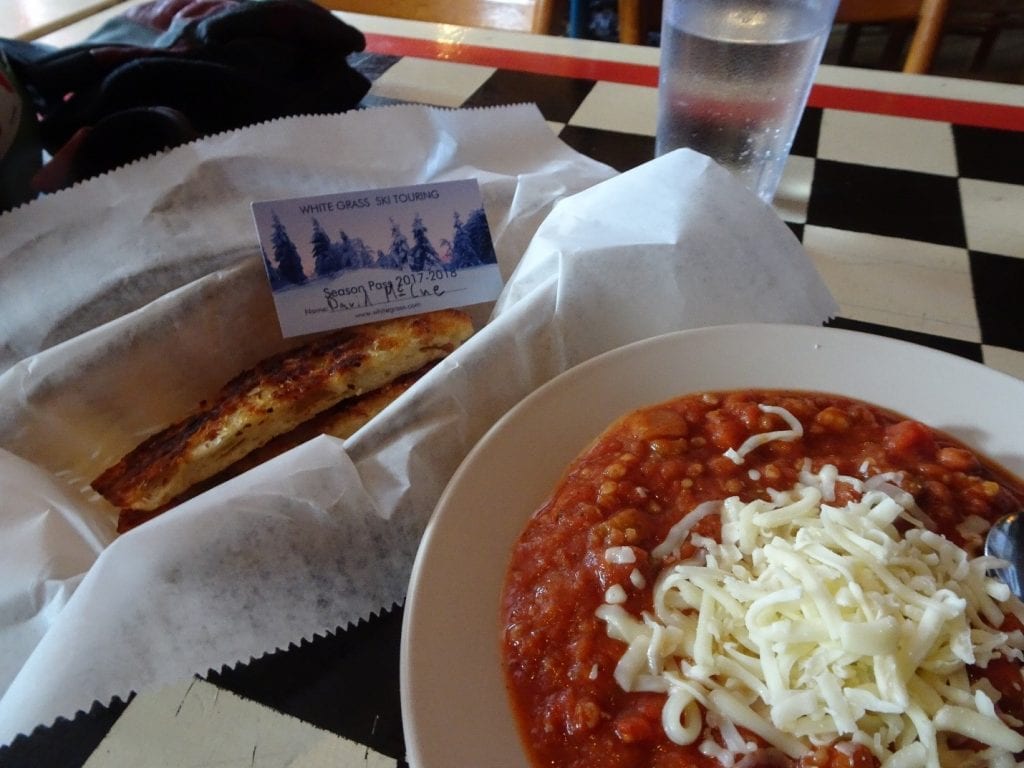 This should be a great year.  Here in North Carolina, Sugar’s high-speed lift serves what is still the newest major run in the southeast.  Beech has updated their lift system.  Cataloochee and others will be vying for the region’s earliest opening dates.  Further north Snowshoe has made well publicized and massive expenditures on their snow making.  Wisp always excels in that regard and may be the best southeastern resort most readers have never visited.  The only place I haven’t skied yet is Wolf Ridge and I intend to revise that omission this year, just waiting for a powder day.  Highland laps of 1000’ vert with a four-minute lift ride at Wintergreen are already calling my name.  Based on all this and my own personal prognostications I think this will be a great year.  I’ve bookmarked my favorite weather sites and since November has finally arrived I feel I can reasonably start to keep a watchful eye on them all.

Now, excuse me; it’s time to choose my pass.

Previous Post
RECklESS Rail Jam at Beech Mountain Resort – Presented by RECESS
Next Post
This Weekend’s Fall Leaf Gawkers Had A Lot to See, Including Snow!