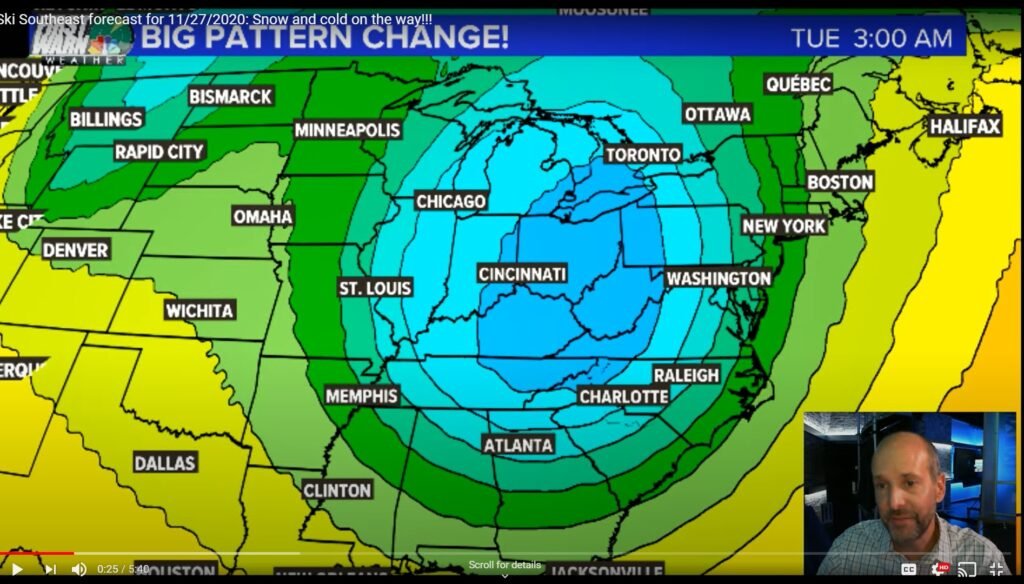 First, let’s get to the forecast for the cold and snow that is headed our way.

“I’m giddy about this pattern for the first week of December,” says Meteorologist Brad Panovich. He quickly added, “It is not often that we get everything coming together so early in the season. We’ve been talking a lot about this upcoming, big pattern change and everyone should be really happy with this setup going into next week.”

Panovich posted his latest Skier’s Forecast video last night as he often does. I don’t know when the guy sleeps. He’s the hardest working weather guy in a profession that is populated with hard working people.

You can watch the full forecast that Brad posted here as it is an exciting one for all of the snowmaking crews at every resort in the region, as well as for those of us who are ready to hit the slopes.

It appears that the cold and snow should be hitting a huge target area of West Virginia, western Virginia, Tennessee and western North Carolina late on Monday evening and into Tuesday. The greatest news is that nearly an identical low looks to be targeting the same area into Friday and Saturday of next week.

…and we could see cold air in place through mid-December.

That first blast of cold air should bring us a nice snow event and even some northwest flow snows according to Panovich. “Things may start out as a bit of rain on Monday, but by late Monday into Tuesday, this thing shoud be all snow,” says Brad.

That second wave into NEXT weekend, December 5th and 6th looks snowy as well.

Snow IS exciting and great news for certain, but perhaps even better news for the mountain ops crews at all of our ski resorts is the fact that cold, cold air is coming along with this system and it looks to be sticking around for a while! Just checking low temperatures for Beech Mountain, we’re seeing lows into the teens and low-to-mid 20s beginning Monday night and lasting all the way through the long range forecast until December 10th or 11th!

The higher elevations of Virginia are usually a notch milder and even those lows look plenty cold enough for the snowmaking crews to crank up sometime on Monday and then be able to make snow each night through mid-December!

Looking a little further north into West Virginia, we’re seeing around-the-clock snowmaking temperatures beginning sometime on Monday and they may not turn the snowguns off until the middle of the month.

We KNOW You Want to Know About HOW MUCH Snow? 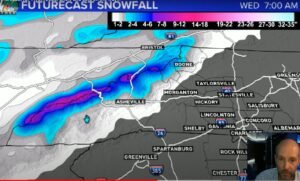 Panovich shared, “The first snow event Monday into Wednesday AM looks really good and the Smokies are going to get clobbered. He added quickly that Cataloochee, Wolf Ridge, Beech, Sugar all look great for significant natural snow. Winterplace looks to be pretty good as well,” but then he added:

Looking at that first snow event looks like the West Virginia ski resorts could see a foot or more of snowfall. Resorts further south look to be getting 6″ plus or minus.

The NC Mountains, like Beech and Sugar should see about 4-6″ out of the first system.

Brad added, “With the second system coming in NEXT weekend (December 6-8th) it looks like West Virginia could be seeing two feet of snow! For the North Carolina ski resorts, they could be seeing 6-9″ of snow or a bit more and as you go into West Virginia and Wisp in Maryland, snow will be measured from 18-24.”

Panovich did mention that these early season snowfalls are usually on the wetter side and tend to melt quicker, but with the forecasted temperatures for the next couple of weeks, we may see this hang around.

Again, the best part of this forecast is that snowmaking temperatures should kick in sometime late on Monday, allowing all of the resorts to crank up their manmade blizzards and by Wednesday we should see several ski resorts open or reopen and then remain open through the long range forecast.

So guys, if you are planning a trip OR you can make a quick, last minute decision to head to the mountains, you’ll want to plan your trip for late next week, like Thursday, Friday and on. Conditions will be sweet for skiing and snowboarding, but remember it is early in the season so stay tuned to SkiSoutheast and our SNOW REPORT as not all ski areas will be operating just yet.

Also stay tuned to Brad’s Skier’s Forecasts as we’re certain he’s as stoked as we are and he’ll be updating us as we get to Monday!

Bragging On Our Man, Brad…

As I sat down to post this morning’s story, I did what I usually do. I checked emails and weather sources and front & center was Meteorologist Brad Panovich’s Skier’s Forecast. Brad’s been doing these for SkiSoutheast for more than a decade and I’m always marveling at how early in the morning he’s putting those together for us.

When you consider that he is the Chief Meteorologist for WCNC NewsChannel 36 in Charlotte, North Carolina – one of the top television markets in the United States; the hundreds of school and community functions that he hosts or attends seemingly almost daily; and the fact that he is sharing every KIND of weather-related bit of news ALL DAY AND NIGHT LONG via YouTube, Facebook, Instagram and Twitter, you have to wonder if the guy is human. (Just one of the many reasons he was chosen as Man of the Year in 2018 in Charlotte, NC.)

It seems like a lifetime ago, but I remember Brad reaching out to yours truly many years ago, asking me if I’d like to meet with him early one morning over in Blowing Rock. I was just building an audience with SkiNC and SkiSoutheast, and he was gracious enough to invite me on camera on one cold, clear morning. I drove over that morning, as it was still dark, to see he and his crew standing beside a satellite truck and setting up to go LIVE with a remote broadcast back to his station.

I have no clue WHY, but I was nervous as hell, and did such a bad job on the air, that they ended up cutting enough of me out of the remote broadcast that I probably showed up about ten seconds. I remember that because I had already told my parents and family that I was going to be on-air and I got some good-natured ribbing for a week or so, because if you had blinked, you would have missed me.

However, Brad kept in touch and years later he was gracious enough to become our official meteorologist for SkiSoutheast. I’m bad about keeping up with how long relationships have gone on, but I texted Brad this morning and he shared that he’s been our guy for exactly ten years now. Man how time flies.

Our readers and viewers come from all over the Southeast and mid-Atlantic and they, like myself, have come to depend on Panovich’s Skier’s Forecast Videos, because while he IS a SNOW LOVING SOUL, he is more concerned with being accurate and that is a fact that has not gone unnoticed.

What is also very evident is that Brad Panovich is a loving, caring family man, husband and father to two beautiful children. If you follow Brad on Facebook, Instagram, Twitter or YouTube, you will often find him setup in his backyard in Charlotte with cameras aimed at the skies capturing the space station, a star or planet…all the while talking with his children.

I mentioned earlier that the man doesn’t sleep and how could he with everything he’s involved in ON TOP OF being a great family man. As mentioned, Panovich is one of the most social and hard-working weather personalities in the country and I am certain that I will do him a bit of an injustice sharing perhaps only a fraction of his reach on social media, but my quick research found that he has:

…and God knows what else he’s got going on!

However, on this Thanksgiving Weekend, Brad…we are Thankful for you, my friend. Thank you again for that invite so many years ago and for your friendship and alliance with us here at our little spot on the internet.

YOU, are the MAN. 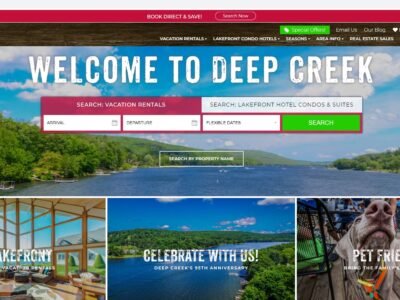 Railey Vacations and DeepCreek.com are the #1 online source for information about Deep Creek Lake Vacations Rentals, Lodging and Activities. Wisp Resort, 172 acres of ski terrain and over 100" of annual snowfall awaits you this winter. Never been to Garrett County or McHenry, Maryland? Let the professionals at Railey Vacations assist you in finding the best spas, dining, shopping and all of the outdoor activities that make Garrett County such an awesome getaway!

Learn More
Previous Post
Ski Southeast forecast for 11/27/2020: Snow and cold on the way!!!
Next Post
The Calm Before the Storm? We Certainly Hope So.