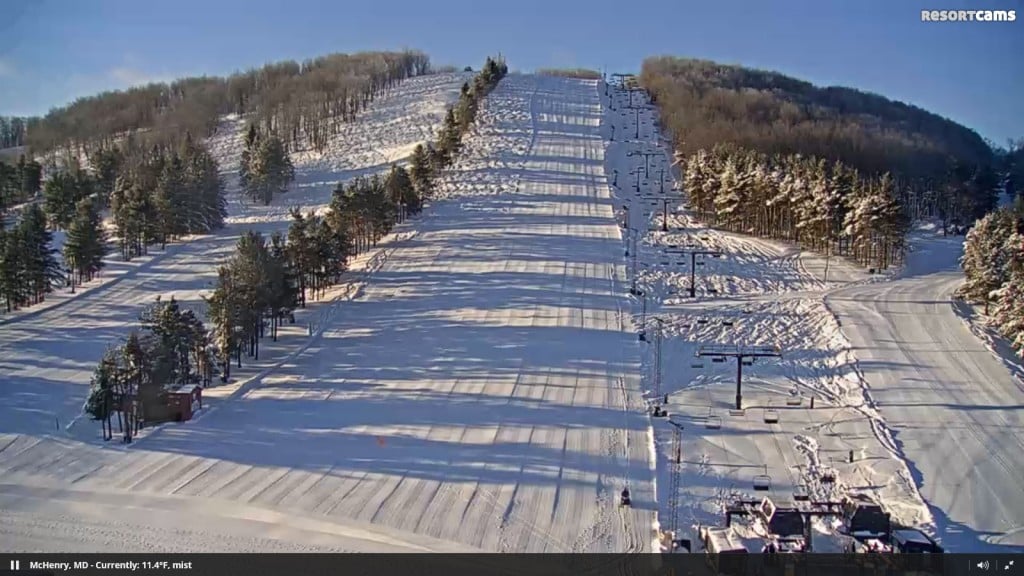 Lots of snow has fallen since this past Wednesday. So much so that three ski areas have made some calculation errors in posting their numbers. I know some of you will get conspiratorial about that, but it happens when so much snow falls and sometimes more than one person is posting snow totals early and then later mid-day. Our snow totals are “as official as they can get” as we take snow totals from each morning at 7am and we use numerous sources to pull the data. Our numbers are pretty spot on with what you’ll find reported by the ski resorts as well – with two exceptions today. We shared our reports with all three ski areas and one quickly made the correction. Kudos to them – you know who you are.

What a Pristine Day Sunday will be…

I’m always rising early when I do the morning Snow Report and FirsTrax posts. Big storms make these posts more detail oriented. I like to do justice to snow totals because I know you guys are like me – you want to know where the snow fell and how much…although it’s safe to say that EVERY RESORT has some measure of packed powder this morning.

The skies have cleared after it snowed really ALL DAY again Saturday across much of the region. While it wasn’t the one-inch-per-hour kind of snowfall, it was impressive. Saturday morning began as a “snow fog” here in the High Country but by 1pm or so it was really coming down again and the temperatures never got out of the low to mid teens here.

We decided to head over to the Blue Ridge Parkway, near Blowing Rock where tens of thousands have learned that there is a great sledding hill (off of Shull’s Mill Road). While there was no wind at my home, once we reached Blowing Rock we found out why it is named “BLOWING ROCK” because it was near blizzard conditions with howling winds, blowing and drifting snow and 13° at 4pm or so. We did the sledding thing for about 45 minutes and then packed up and went over to Town Tavern in Blowing Rock for some eats and brews. While we were there they lost power a couple of times, but we were lucky enough to be sitting right in front of the gas fireplace, so the good times continued.

Driving back from Blowing Rock on Shull’s Mill Road is always a challenge even on dry pavement due to all of the switch backs. We’ve had to stop and play “rescue assistant” or “rescuer” more than a few times and we did so again on this particular snowy day as an SUV had gone of the road into heavy snow. We were able to pull it mostly out before a well-timed wrecker came along and finished the deed.

Getting back up to my home on the upper side of Sleepy Hollow proved to be challenging as even in my 4WD truck I had to make three runs at it before finally cresting the top ridge down to my driveway.

This morning, the snow is certainly one of the more pristine looking ones as the skies have cleared and the sun rises to put all of the snow-covered mountains on brilliant snowy display. It’s 10° here at my home and looking out of my back deck – I am reminded why we love these mountains so much.

This morning, I will begin my tour around the mountains of the Southeast and mid-Atlantic by sharing another mountain lover’s morning post. David Lesher of Canaan Snow posted this:

The snow tapered off and ended by midnight last night with a few stray snowflakes still at daybreak this morning. Cloudy sky, almost no wind and 10F at 7AM. The final 2-day snowfall total of 28.5 inches from this storm making it second only to Super Storm Sandy in 2012 at this location since record-keeping started in 2001.

You guys may also want to remember that most of the mountains already HAD 3-5″ of snow on Wednesday night into Thursday morning BEFORE Winter Storm Jonas came through. I have posted the numbers from what amounts to be a two-storm snow-total that really lasted from Wednesday night through early this morning. This is the total via David’s Canaan Valley weather. Canaan Valley is home to both Canaan Valley Resort and Timberline Resort.

Here is a sweet, short clip of BrookBarrel from the messageboard who posted this from yesterday on Instagram:

Timberline Resort – 32 of 39 trails open for day sessions. Remember that both Canaan and Timberline have awesome cross-country terrain open as well with over 20KM to ski. 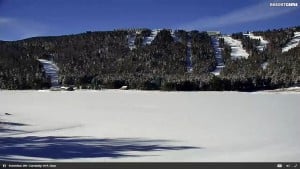 Snowshoe Mountain Resort – 9° – 47 of 60 trails open with night sessions at Silvercreek and snow tubing open as well. Snowshoe saw another 8″ in the last 24 hours and 36″ from the storm. They are at 65″ on the season.

The LIVE CAM was showing some nicely groomed conditions this morning and some attention to leaving some nice moguls on Squirrel Cage and The Face.

Winterplace Resort – 14° – reporting 9″ of new snow. They are 100% open for Sunday with day and night sessions. Snow tubing is open and they have the terrain parks open as trails with no features.

Bryce Resort – 13° – 8″ of new snow and 28″+ from the storm and 28″ now on the season. They are 100% open with all 8 trails and snow tubing as well. Horst Locher was a happy man on Saturday and you could tell that the excitement is still “ON” this morning with their post:

The snow has come and dropped over 2 feet of light, fluffy powder here on the slopes at Bryce Resort! Travel safely and get here as soon as possible to join us in a few turns! Please be aware that conditions and operating hours are variable while we work with all of this new snow.

Wintergreen Resort – 18° and 28″ of snow from the 2 day storm. That takes them to 30″ on the season and they are open today with powder and packed powder conditions on 24 of 25 trails, snow tubing and lots of terrain park features setup.

Massanutten Resort – 15° – 5″ of new snow and 27″ from Winter Storm Jonas. That’s 29″ now on the season. Mass is 100% open with all 14 trails as well as 14 lanes of tubing and some great terrain park features as well. Massanutten posted:

Jonas dropped 27″+ and now the sun is going to come out and so should you. It really doesn’t get any better than sunshine and temps in the low 30’s after a big dump. There are still some slick spots on the roads but they are open to all vehicles. Kudos to the snow removal team.
Omni Homestead Resort – 15° – 4″ of new snow; 24″ from the storm. The Homestead is 100% open for the first time this season with all 9 slopes and trails as well as snow tubing open for day sessions on Sunday. 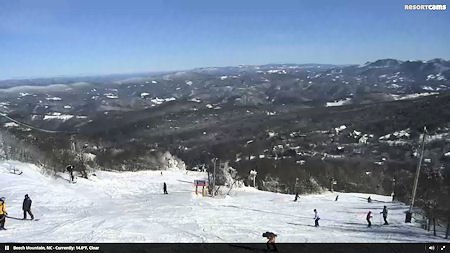 Appalachian Ski Mountain – 24° – 3″ of new snow and 12″ from the storm. App is 100% open with several terrain parks, ice skating and all 12 trails open for day and night sessions.

Wolf Ridge Resort – 22° – They saw 11″ from the storm and now 22″ on the season. Wolf is 100% open for day and night sessions as well as terrain park and snow tubing. Awesome conditions today!

Sugar Mountain Resort – 17° – Their website is down for the second morning in a row. It was up later in the day. They’ve also seen 14″ from the 2-3 day storm although they were reporting 17″ since Wednesday. Sugar will likely operate day and night sessions with 20 of 21 trails open, ice skating and snow tubing as well.

Ober Gatlinburg – 14° – 4″ new snow and 7″ from the storm. They are open with 8 slopes of 10 slopes, snow tubing, ice skating, mountain coastering and more.

Previous Post
36 Inches Of Fresh Powder at Snowshoe! The Mountain Is Calling!
Next Post
Billy the Kid, Sarajevo Olympic Champion, Bill Johnson Passes Away at 55