Late Season Snow is the Best 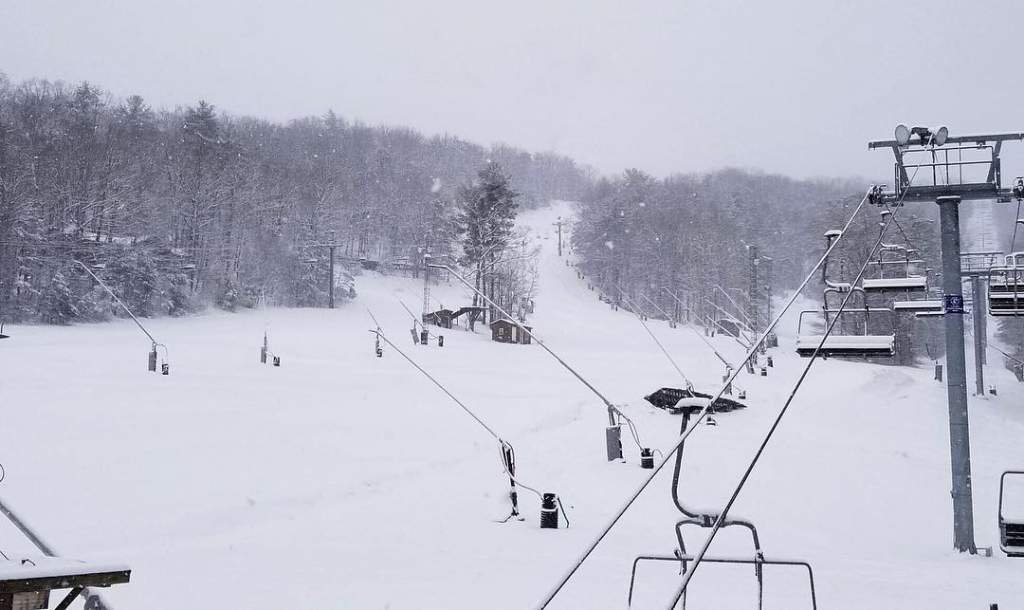 Winter Storm Toby has come and gone but dropped some decent snowfall amounts for portions of the region.  I say decent but the ski areas in Virginia saw their best snow event of the entire winter.  Conditions right now are superb for late season.  No reason not to get one last day in!

The last two weeks has seen some very active weather to say the least.  Yesterday was no different as snow on the backside of Nor’easter number 4 continued to fall in the mountains of the Southeast.  Every ski area in the region saw measurable snowfall, even the closed ones.  I was going through the webcams this morning and it is a bummer to see many of the closed resorts blanketed in a layer of white.  February, man…

Here’s the updated snowfall table.  I think this is the 6th time in the past two weeks I’ve brought it out!

For the most part, the snow was on the light side yesterday as the heaviest stuff fell in the previous 24 hours.  As I said though, every resort saw some snow and they are definitely showing it off on social media.  Sometimes I get frustrated because pictures aren’t all that plentiful.  That’s not the case today.  Below are several of their posts.

While we had colder stretches of weather earlier in the season, the first 3 weeks of March have undoubtedly been the snowiest period of the winter.   March is always a crazy month and you never know what kind of weather you’ll get.  Some years we’ll see an early spring, and others, like this one, it seems like winter just doesn’t want to end.  Bryce and Massanutten just tripled their season snowfall.  Winterplace has seen about a third of their snowfall this year in just the past two weeks.  The same can be said about Cataloochee.  Snowshoe has been absolutely crushed this month, with somewhere in the neighborhood of 7 feet of snow.  How would you like to be up at The Shoe and see this out of your window?  I’d love it.

Meanwhile up at @snowshoemtn in WV. The Spring Powder is great! via Dan Roberts who I wish I was skiing with right now. 🙂 #snOMG @SkiSoutheast #wvwx pic.twitter.com/BQNxQRA7Ep

In fact, Snowshoe has seen more snow than some Colorado ski resorts this year thanks to this epic March.  Unofficial Networks had an article on their site yesterday where they mentioned that Telluride, Purgatory, and Crested Butte all have less snowfall than Snowshoe.  That’s not unheard of and happens on rare occasions, but it’s pretty crazy to think about.

The snow is over for the time being.  Today is starting out on a chilly note as most of the open resorts are in the teens this AM.  All that fresh snow from the past 48 hours is still out on the slopes and should remain in good shape today.  It will be pretty windy though, so be aware of that.

Today and tomorrow will see a break in the action before another system arrives this weekend.  Saturday and Sunday have the potential for more snow/winter weather.  Weekend warriors should be on alert.  I know I am.  Sunday looks interesting…

Mike will give you all some more details tomorrow as I will be off.  So check back then.

Wintergreen was mentioning the possibility of re-opening with this mid-week snow but they have nixed that idea.  They received six inches of snow but decided to call it a season.  Bummer.

Winterplace has seen 7″ of snow in the past two days and are “still evaluating opening on Friday, March 23th and Saturday, March 24th.”  I’d imagine they’ll make an announcement on that at some point today.

That’s it for today.  Hopefully you can get on the slopes at some point in the immediate future.  The end of the season is approaching quickly.