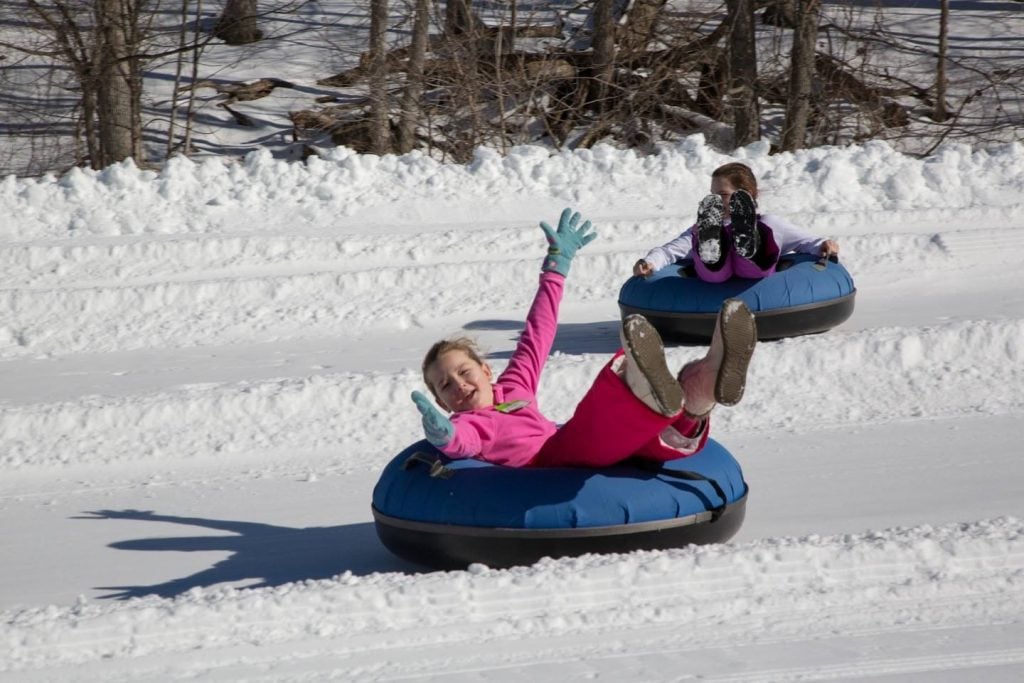 First of all, Happy New Year’s Eve Everyone

I really hope that you guys are reading this and full of great health and a passion for life in general. If you’re reading this website, one of your passions is also that of ‘all things snow’. If that’s the case, then I also hope that you are following these daily updates from YOUR favorite ski resort in the Southeast and mid-Atlantic and I hope that your trip has been a great one. Like a lot of Christmas-to-New Year travelers, this will likely be our last day skiing as we pack up and head back to our homes on Monday morning. Regardless, if you are fortunate enough to be skiing or snowboarding today – this WILL be your last day on the slopes for this year.

If you have not been able to make it to the mountains yet this winter, then make it a New Year’s resolution to get in the slopes more in 2018.

Check the SNOW REPORT for all of the details.

I actually started this morning’s FirsTrax update last night and had a working title of:

The Definition of a Blizzard: What We Have Here at Snowshoe…

It seems that the path of this particular blizzard took it right across Snowshoe, Timberline, Canaan Valley and Wisp resorts as each recorded 8″ or more of new snow. Just south of that at Winterplace and the Virginia ski areas only a trace of snow fell (Winterplace did see 1″)

Snow tapered off and ended during the night and winds greatly diminished. As of this morning as I look out of my window I see NO WINDS and a post storm photo op that will be snapped by the thousands who are here on the mountain. I’m certain the same will be true across the northern tier of resorts in the southeast and mid-Atlantic.

We are in a deep freeze here and today is the seventh consecutive day with temperatures remaining below freezing across the mountaintops. Gotta love it!

Notables at the resorts:

Canaan Valley – 9.8″ of new snow and 12.3″ from the last 48 hour surprise storm. All natural snow trails are ungroomed. Moguls will be forming on Gravity. Canaan has added 13 trails this morning to get to 39 of 47 open.

Snowshoe Mountain – recorded 9″ of new snow from the storm and they’ve added 2 new trails to go to 185 acres of playable terrain emcompassing 45 of 60 trails. Shawn Cassell posted, “It’s the last day of the year to shred on Mother Nature’s sweet 2017 Powder but no worries we’ll be opening up 2018 with plenty of fresh terrain very soon. Don’t miss our legendary New Year’s Eve celebrations across the mountain with parties for everyone and DJ MiMOSA dropping some beats at the Connection. Get the whole family involved at the Coca-Cola Tube ParK. This year we are featuring a brand new Kiddie Park for the little ones to enjoy the winter fun as well.”

Wisp Resort – Also recorded 9″ from the snowstorm and are now open with four added trails to go to 25 of 34.

Massanutten added another trail opening and are now nearly 100% open with 13 of 14 trails open and 12 lanes of snow tubing (which is sold out for today).

Wintergreen – New Year’s Eve with FIREWORKS! If you’ve never seen FIREWORKS over the slopes, you should come up for New Year’s Eve. The sight of our beautiful snowy mountain lit up by sparkling fireworks is an unforgettable sight. The fireworks start at 10 pm, but we’ve got Skiing, Snowboarding, and Tubing, different parties to fit everybody’s style, Live Music, and FIREWORKS!

Winterplace is 20 degrees colder this morning than 24 hours ago and recorded 1″ of new snow. They are playing on the same 24 of 27 slopes but posted, “Snowmaking will be focused on opening more trails Our snowmaking team with be focused on Wood’s Run, Turkey Chute, Almost Heaven and the Hickory Terrain Park. There will be limited daytime snowmaking today on open trails.”

Temps are 10° colder this morning than 24 hours ago. The coldest I saw at 7am was a MINUS 4° here at Snowshoe and 0° at Canaan Valley and Timberline Resorts.

Saturday was a snowy day with little wind. Then at around 4pm, the winds came in, ushering the next severe cold front, and those winds were HOWLING. So glad to see things so calm this morning.

I was speaking with Snowshoe’s Shawn Cassell earlier on Saturday while making a number of runs down the mountain and he offered that he would not be surprised to see every slope on their mountain open by MLK Weekend – which is January 12-15th. Whales of snow are strategically placed all over the mountain and I wonder if they have enough slopes to accept it. (Yea, there’s that much snow all over the place.)

Way to Go, Christian and Cale…

A quick mention that it was really great to ski and ride with Joe Stevens and his thirteen year old son, Christian for an extended period these last two days. Christian and Cale (another nine year old in our group) and I actually went out again around lunchtime and skied until about 3pm or so and had a blast. We did some greens to warm them up and then they pretty much talked me into heading over the Camp 99, Widowmaker and the trails over on the Soaring Eagle / Top of the World side of the mountain. It was a little scraped off by the time we hit it, but the sides were covered with 6-8″ of powder. P-r-e-t-t-y awesome.

Both kids did well and I have to say that seeing the sheer JOY on their faces really had me smiling. It was an awesome couple of days skiing with those guys and spending more extended time than usual with Joe, Angie and Christian.

SURVIVAL OF THE FITTEST…

Early this week I wrote about timing, luck and how planning always makes a great trip even greater. Some patience and perspective also goes a long way. I’ve read more than a few negative, social media comments about a few ski areas over the last few days. Although, I’m impressed that some of the resort marketing staffs seem to be of the mindset to address every negative comment, I think they should all but ignore them and offer up this bit of logic.

NO RESORT – NO NOT ONE – can be prepared for the kind of massive crowds that only hit their respective mountains on this ONE humongous week in a season. The truth is, the resorts don’t need as many employees and support staff all season – as they might need in a week like this one. So there will be glitches and there will be dissatisfied customers with unrealistic expectations or at the very least…no knowledge of what it takes to run and maintain a mountain with the kind of demands that come ONE WEEK each season.

Sure, there are busy weekends and other holidays like MLK Weekend or President’s Weekend…but nothing compares to the crowds that hits from Christmas to New Years.

Case in point – Throw in a blizzard and tons of snow…and all bets are off. We went against our normal strategy and at the last minute we decided we want eat out and we have a party of eleven. Not smart, right? We made a few calls and amazingly we found a place at Soaring Eagle that could take us. We rushed to get ready and also decided that we would “go for the full mountain experience” and take the shuttle system from our lodging in The Village to the Top of the World.

A perfect storm (figuratively and literally) happened as we hit the shuttle station at around 4:30pm when the slopes were emptying and there had to be 200-300 people wanting to get to or from somewhere. This was happening at the same time that snow was bombing and the wind chills had to be in the minus 10° range and people were clamoring to get on ANY bus – whether it was going their way or not. (I’m not exagerrating.) Numerous busses came and went until finally one came for the “Top of the World”. There was no way that everyone waiting was getting on that one bus.

I couldn’t help but think about how tough it must be to know and understand the logistics that go into insuring that people can get moved to where they want to be without causing small flare ups of tempers. The fact was, all us were fighting the elements, and some were under-dressed and hurting. It was that cold. I heard a few complaints, but to be honest – I was impressed at how everyone dealt with the obvious cluster of tough timing. So, yes, patience is a virtue in strong demand on week’s like this.

After our dinner, we caught another bus back to the Village during the height of the blizzard and during that wait we began with just a dozen people waiting in the small bus stop. As each new person came in and opened the door – we ALL yelled “SHUT THE DOOR” and laughed together. Each stunned new entrant joined the yelling and laughing as each subsequent bus rider entered. In other words, we made it fun and that seemed to warm things a bit. Again – it was THAT COLD.

Anyway – that will do it for me this morning as I want to get out and hit the powder a bit. I’ll update with more news, photos and videos from around the region later today.