KODAK MOMENTS WILL BE THE ORDER OF TODAY! 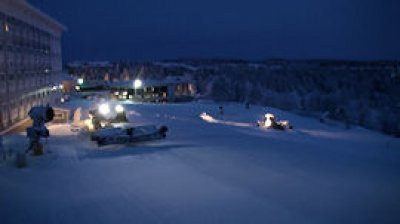 The sun will be shining today, making for some AMAZING KODAK MOMENTS. Snowshoe received 4" more snow in the last 24 hours and I think I can tell you that there's nothing but amazing powder, now packed powder, everywhere. 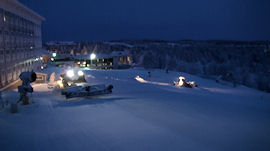 As I was sitting down to do this morning's BLOG Snowshoe had several groomers out making some amazing corduroy before the sun was up. That reminds me that all of our ski resorts have some very dedicated personell out early before dawn every day doing the same thing.

Joe Stevens writes a weekly column for us titled the same as my morning BLOG this morning. I wouldn't DARE attempt to steal Joe's column, however today's update is simply ABOUT SNOW and that IS great news indeed!

As I was watching many of the webcams on Thursday two things quickly were apparent to me. First, there was a foggy snow that was basically falling across many of our ski areas during much of the day. The second thing that was obvious to me was that every camera that I looked at that showed slopes…showed slopes that were covered – WITH PEOPLE!

Despite the fact that most of our lead stories throughout this preseason have been about a lack of cooperative weather patterns; once the weather has arrived, so have the masses.

I used the word 'preseason' because ANY ski days prior to December 25th are pretty much a bonus to ski resort operators. They use the period from opening day, which is NORMALLY in mid-to-late November to blast the slopes with snow and open up as much terrain as possible to handle the first "REAL GAME" of each and every season – the week from Christmas Day through New Years Day.

As much (or more than) 25% of each resort's revenue can be generated during that one important week. When the weather doesn't cooperate and provide consistently cold enough temps to make snow – it can really wreak havoc with those who make the deposits and pay the bills.

Getting open earlier than normal is always great so that the message can get out about how great the conditions are. When things go like that did this early season from October 31st through December 20th the REAL challenge is getting people off the mountain to know and understand that there's a decent product waiting for them to go and enjoy.

The owners and management teams at our Southeast and Mid Atlantic ski resorts put a LOT of effort and commitment to insuring that the guest experience is a great one. That is why ALL of the ski resort teams in our region invest so much of the capital expenditures on snowmaking and new snowmaking technologies.

I can promise you guys that without those new technologies AND the investments in them – we'd only NOW be seeing snow on the slopes in the region. Several times in November and December we've witnessed ski areas closing due to a lack of snow and the reopening after barely a full day's worth of snowmaking.

PUMP IT AND THEY WILL COME…

Our resort management teams are very busy handling the skiers and snowboarders who are on their mountains this week. Once things settle down I will try to get some feedback on just how this week went.  Until then I will speculate and say that some resorts will do perhaps pretty well – maybe seeing as much as 80% of their normal business on a good snow year. Others not so much. Canaan Valley, for example opted to wait until December 29th to open for the first time this season. Virginia's Massanutten, Homestead and Wintergreen resorts have only NINE trails open TOGETHER.

However, without this well-timed snow and colder air that came in just days prior to Santa doing his thing, we'd be sitting around watching 142 bowl games instead of being able to enjoy the slopes.

I haven't spoken with David Dekema or Frank DeBerry at Snowshoe to confirm ANYTHING, but from what I saw on the snow Thursday at Snowshoe, the PRODUCT is/was AWESOME. A Currier and Ives Christmas post card was awaiting you at every turn and there was POWDER on every trail ALL day long. The PRODUCT is awesome and yet I think I'm not too far out of turn to say that the traffic numbers were/are down somewhat. I think Snowshoe's committment to making snow back in October and November and KEEPING A STRONG MARKETING PRESENCE out there to make certain that anyone who wanted to know could find the news that Snowshoe indeed had snow…and more than anyone else in the region… has won them a huge crowd for the Holiday week. Perhaps the fact that so many other resorts are hurting is helping to fuel this week's attendance here.

I was riding up with three guys from Pennsylvania who told me that Thursday was their first time ever skiing at Snowshoe. They said they would normally have visited resorts in Pennsylvania and New York this time of year but upon looking around the region the place that they found the most open terrain was Snowshoe.

That should make David Dekema,  Director Of Marketing at Snowshoe Mountain, a happy man.

While I'm doing some back seat driving and speculating that Snowshoe's numbers are off some…I MAY have to eat those words because once the weekend gets here we're liable to see a mass of humanity on every trail. That's probably why Snowshoe is currently making snow on Cupp Run.

Regardless of the percentage of booked up property on Snowshoe Mountain Resort this week – whether they are on par with the best seasons or slightly off those kinds of numbers – I think it's safe to say that resorts elsewhere in the Southeast and Mid Atlantic would gladly trade skier visits and bookings with them.

THAT SAID – it was indeed great to see the webcams dotted with skiers and snowboarders doing their thing at all of the resorts. Most of the resorts in the region had anywhere from one-third to one-half of their terrain open on Thursday and they were very lucky to have that.

Now that we've seen the longest cold stretch of the season to date, things are definately looking up! It's not too late to join in the fun! If you've been wavering on whether or not to head to the mountains, quit putting that decision off! Get in your vehicle and make the trek today and hang out this weekend at YOUR FAVORITE ski hill.

As of Thursday AM here's who had what open and the percentages of open terrain:

Here's how things look today: (Different for sure!)

SNOW is the driving force for getting whatever skier visit numbers our resorts see this Holiday week. That AND the amazing job our snowmakers perform when given the opportunity. Here's hoping they get a LOT more cold and snow with which to work with.