Juno Gave Us a Little Bit of Love 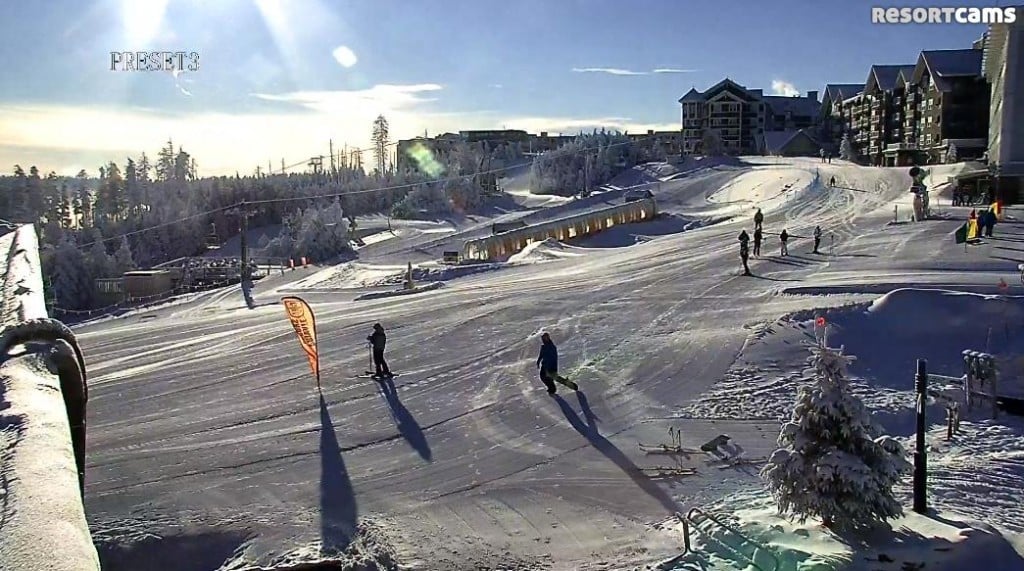 What a fun 24 hours it has been.  I spent a lot of yesterday checking out the webcams while I worked and trying to watch The Weather Channel and their coverage of Juno.  Their live stream online is terrible FYI.  While the majority of the snow associated with Juno is confined up in New England and the Northeast, she (or he?) did bring a little bit of natural snow to the ski areas in the Southeast thanks to the wrap around flow on the backside.  Here are the totals this AM.

Those are pretty decent numbers, especially when we consider the lack of snow over the last few months.  If you can head up to Canaan or Timberline today, that looks like the best spot to get some mini-pow turns in.  Canaan ramped up their open trail count to 41 as a result of all the natural snow.  The cam looked pretty nice up there this AM. 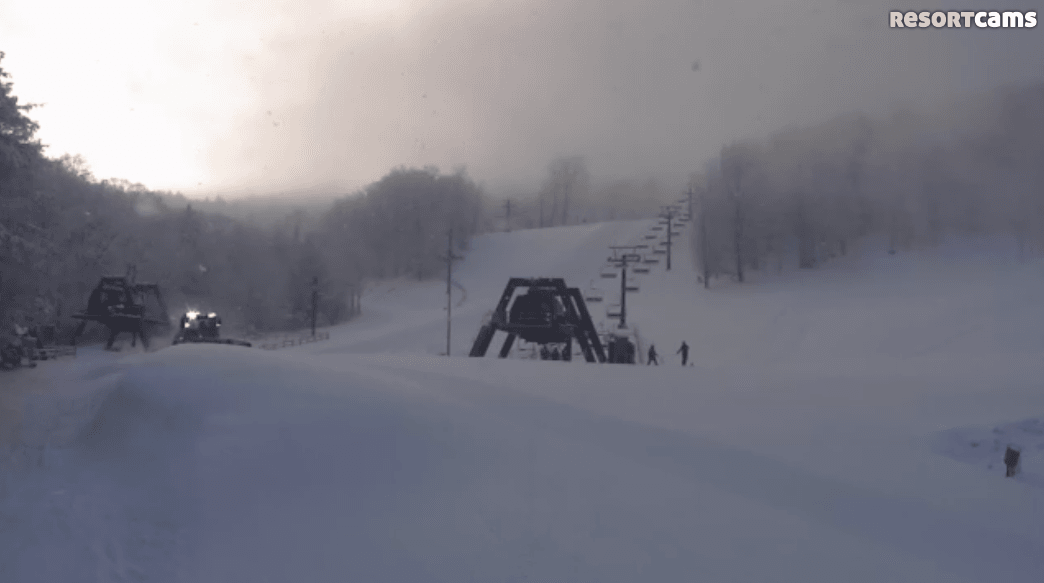 Yesterday looked like a primo day at Snowshoe as well.  They sent us over some photos and what not and dang I wish I lived closer to there.  I’ll post all of those on the front page shortly, but here’s one shot that particularly stood out to me. 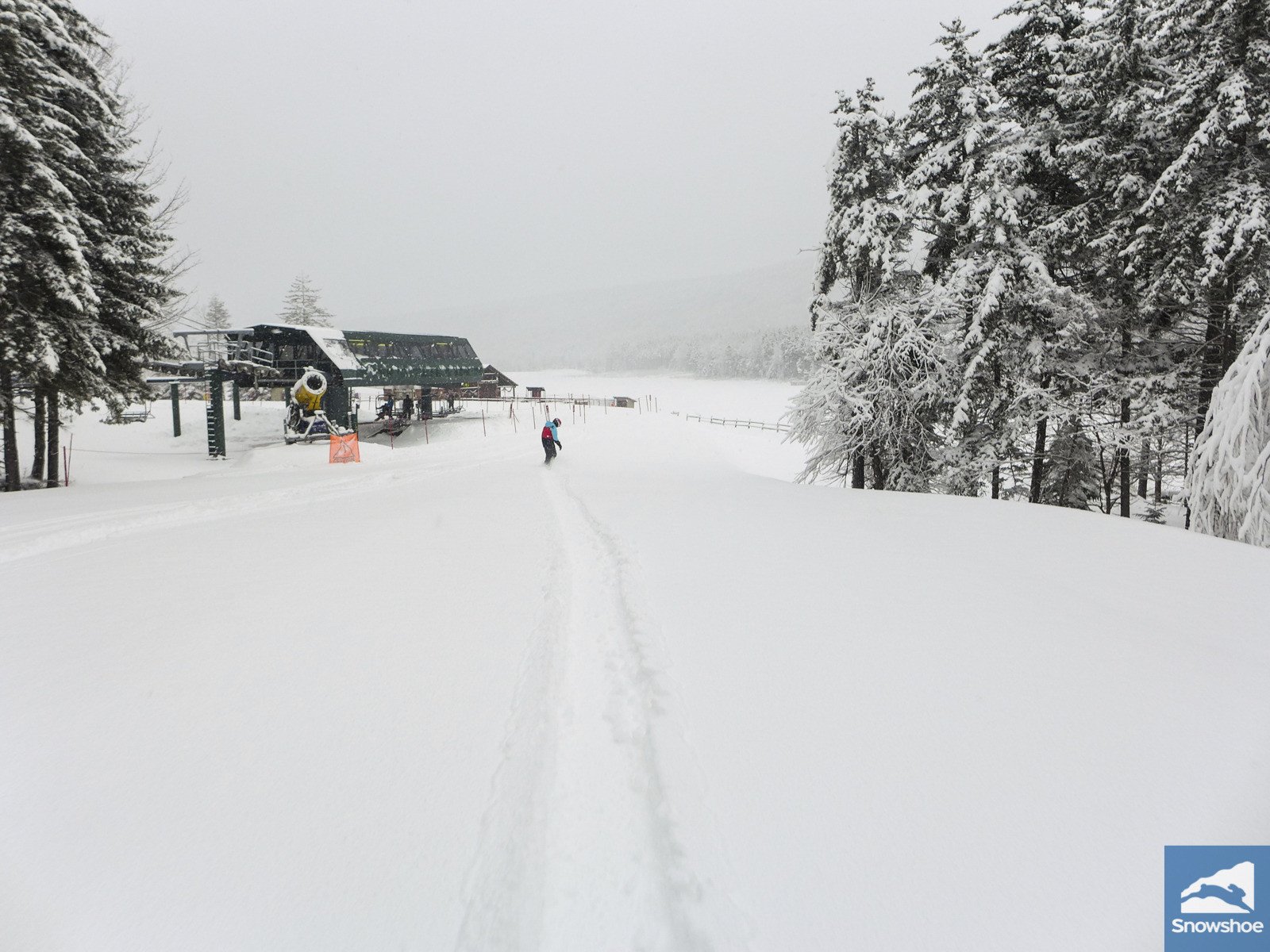 Ugh.  I want that.  There’s nothing more beautiful than a single track through fresh snow.  That image at the top of this article is from this morning at Snowshoe.  Looks like a beautiful, sunny day after the storm.  Did I mention I wish I lived closer to Snowshoe?

The snow is over for the most part, for now.  A little more will fall this morning before tapering off this afternoon.  Tomorrow looks like a bluebird day and I’m contemplating going riding.  Mike offered me a day off of work and tomorrow is oh so tempting.  Another quick little system is going to move through Thursday and Thursday night, but looks minimal right now in terms of snow.  Regardless, the weather is going to stay cold for the forseeable future, especially next week as a blast of Arctic air arrives.  Hopefully we can get some more snow to accompany it.  We’re finally in a groove now with prolonged cold and snow and I don’t want it to stop!  Life is good!