IT’S HERE, ARE YOU READY

I hope everyone’s Thanksgiving holiday was an enjoyable and safe one.  If you had plans to be on your favorite slopes before digging into a holiday feast, I hope you weren’t too disappointed, because, don’t look now, but the first true shot of winter-like weather conditions is happening this week.

I know around Halloween, Mother Nature dropped the temperatures to allow a handful of ski resorts in the region to fire up the snowguns and cover the slopes for the first time since March.  At that time, it was as much a chance for the snowmakers to check out the systems, as much as it was to get the slopes ready for skiing and snowboarding.  But nonetheless, it created some excited in the winter sports community.

Then the next brief cold snap occurred, and this time it allowed a couple of ski resorts, Sugar Mountain and Cataloochee, to make enough snow to allow the first sliding of the season.  These two resorts are traditionally the first to drop the ropes each season and congrats to the mountain ops staffs at both resorts for their accomplishment.

I would be amiss if I didn’t give a shout out to the first area to open for the season and that honor goes to White Grass Touring Center in West Virginia.  You see, Mother Nature dropped around a half a foot of snow on the cross-country trails at the Nordic Center, giving skiers and snowshoers a chance to get out and play.  My late mother had a saying for the, “Go get the stink blown off of you.”  After being cooped up since March for the majority of us, that stink was pretty strong.

Now moving forward and according to the latest regional weather update from Skisoutheast.com’s resident Meteorologist Brad Panovich, cold temperatures from top to bottom of the region are going to be with us.  Yes, the sound of snowguns are again being heard at the higher elevations and that means some more sliding is going to be happening again, very, very soon.  On top of the cold temperatures, it looks like the season’s first chunk of natural snow is going to occur, probably around the time some of you read this week’s column.

Let’s talk about that natural snow for a little bit.  As I sit here on Sunday morning in Scott Depot, West Virginia (about 25 miles west of the state’s capital of Charleston), there is a considerable amount of buzz about the expected accumulation here in the lowlands.  That means, when folks look out their windows and see the ground covered with maybe one to two inches, they know at the higher elevations, the accumulation is a lot greater.  I still say, Mother Nature is the best marketing director the ski industry will ever have.

That get’s me to the real point of this week’s column, are you ready to make those first turns of the season.  I have been meaning to make the trip to my local ski and snowboard shop, Ski Loft, in Barboursville, West Virginia to get my board tuned up, but, to tell you the truth, 60-degree temperatures, weren’t really an inspiration for me to make the trek.  Now I look forward to every time I walk through the shop’s doors, just to have a chance to chat with the guys there, but it just hasn’t been a priority.  Well that chore has moved to the top of the to do list as I know my 16-year old is chomping at the bit to make those first turns of the season.  By the way, so am I and I want to do it on a freshly tuned snowboard.

So, get off your couch and get that equipment tuned up before you make those first turns of the season.  I can’t count how many early season lift rides I have had with someone who comments on the fact that they should’ve gotten their equipment tuned.  Let that not be you this season. 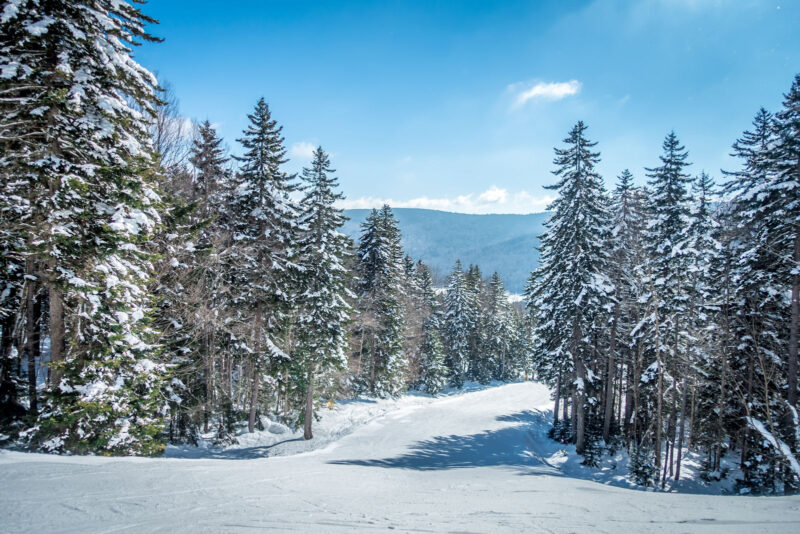 While I am thinking of it, I did learn this past week of another causality of the pandemic and that’s ski club trips sponsored by middle and high schools in West Virginia.  I have also heard from industry officials this is also true for other states, too.  That is sad, as since Christian entered middle school, I have looked forward to spending my Friday nights in December, January and February, snowboarding under the lights at Winterplace Ski Resort.  It now means that my Outback will be smelling like some young skiers and snowboarders for the upcoming months and that’s just fine with me, actually.

As everyone gets ready for the season, I really recommend that you check out your favorite resort’s website for updated information on how the resort is handling resort operations during the pandemic.  It’s one of those “know before you go” scenarios.  Each resort has a dedicated section on their website, letting everyone know, what is going to be expected from every skier and snowboard visiting the resort this season, which like I said is basically here and I just want to make sure you are not caught by surprise.

Each state has come up with their own guidelines for the resorts to follow and your time spent at the resort is going to be more enjoyable if you understand what is expected from you.  One thing I wanted to bring up is face coverings, it doesn’t matter if you are in favor of them or not, just be prepared to wear them, and just don’t give the young person who reminds you of your responsibility a hard time.  Just saying, don’t be the reason we lose the season.

That’s it for this week, thanks for joining me for my weekly thought process. Just remember whether it be cold or whether it be warm, we will weather the weather, whatever the weather will be.  I still believe this season is going to be a lot of fun but challenging. But we can do this if we all just work together.  Remember, Mother Nature provides the best social distancing these days.

Previous Post
The Calm Before the Storm? We Certainly Hope So.
Next Post
SkiSoutheast.com News for Sunday, Nov 29, 2020