It’s Going to Be a Spring-Like Day Out There! 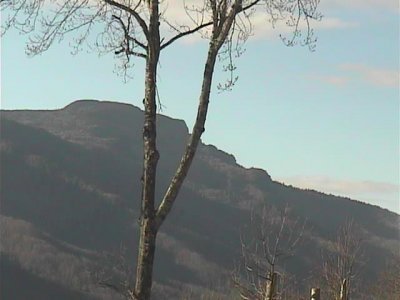 It’s another beautiful morning across the region, especially here in the High Country of North Carolina.  Like last week, temps this morning are pretty funky across the region. Inversions are the name of the game again here in NC. It was 26 in Foscoe on my way to work this morning and 38 atop Beech Mountain, 2000 feet up. The inversion at Cat was pretty apparent this morning as the temp at the base was 8 degrees colder than the temp at the summit. That’s already changed though as things have begun to warm up. I LOVE how they have two stations out there, one at the top and one at the bottom.  I just wish we could use them on High Country Weather! 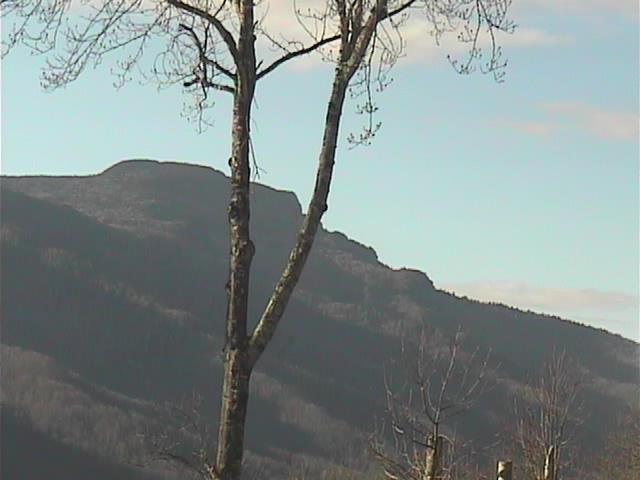 <<< It’s a pretty gorgeous morning here in the High Country as evident by our Grandfather Mountain cam.

It was also 38 at Canaan and Timberline in West Virginia, so here in Foscoe we were 12 degrees colder than those guys which is kind of odd I guess you could say. Interesting to note as well, Ober had the same temperature reading (45 degrees) as Wisp, which is around 300 miles further north. All of these readings aren’t that crazy, but they are fairly interesting…to me at least.  I’m a weather nerd, what can I say.

It doesn’t look like anyone was able to make snow last night except for Cat. They had the snowmaking in progress toggle on this morning.  I could be wrong though as it can be kind of difficult to figure out sometimes. Some resorts have better snow reports than others. In particular 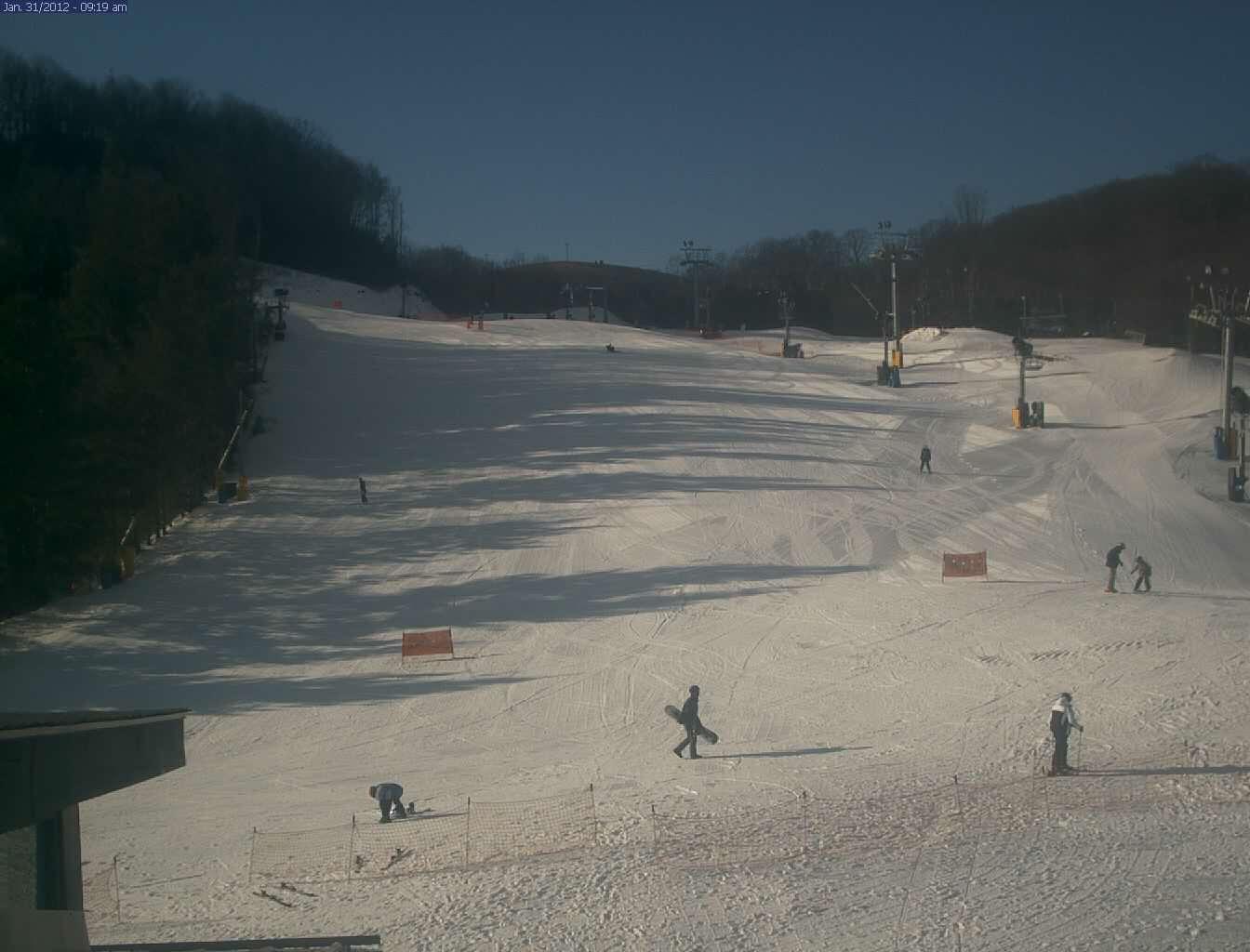 , App, Wolf Ridge, Ober, Winterplace, Wintergreen, and Snowshoe have the best snow reports in my opinion. Every one of those places has a simple line to let you know if they have made snow or not (snowmaking: yes or no). While every ski area generally has a snowmaking in progress toggle or something like that, there are times when I come in here in the morning and I still can’t tell. For instance, Sugar has a snowmaking in progress icon on their site.  It’s pretty cool actually, but it’s only on when they are making snow, obviously.  They may not be making snow at 7:30 in the morning when I check things, but they could have done so overnight and I just don’t know about it. Unless you see that icon at the actual time of snowmaking or you see snowmaking in progress on the cams, you wouldn’t know that they had made snow.  I hope this makes sense.

Anyways, enough with that random thought. It should be another fun day to get some turns in. It will be spring-like as temps will soar into the upper 40’s and 50’s at a lot of locations and bluebird skies will exist. Hoody day!

I’ll be headed out to Beech tonight to ride for the night session. The cams look pretty good up there this morning. I’m also hoping to take part in a cornhole tournament in the View Haus. I LOVE cornhole. It should be a fun time. I’ll make sure to let you guys know how it goes tomorrow and I’ll try and get some pics. 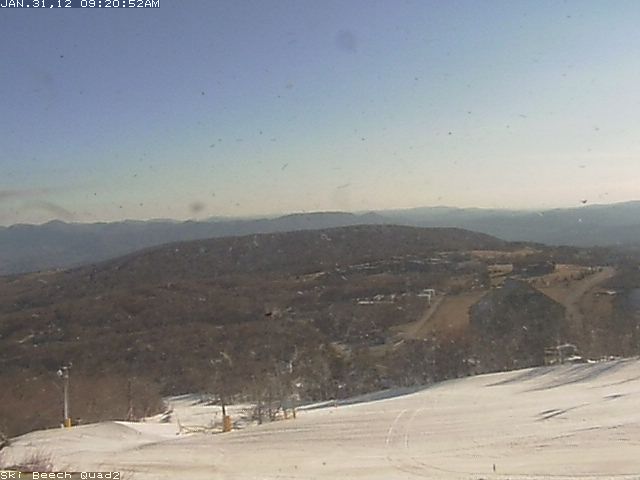 <<< The Shawneehaw cam at Beech is looking pretty good this morning!  I’m stoked to go ride up there tonight.

I did end up making it out to App last night like I said I would. It was nice to be able to ride for a little bit before the sun went down. Conditions are pretty great out there right now. It was a little bit icy but I can’t complain. They have a ton of snow out there and the park setups are still really fun. I only rode for an hour and a half as I cased a jump pretty bad and my knees weren’t feeling it anymore. A lot of people also showed up right around 6ish and I didn’t feel like messing with that. I was pretty surprised at how many people were out there on a Monday night. It was good to see. I actually went to the gym after I left there. It was a pretty productive day! 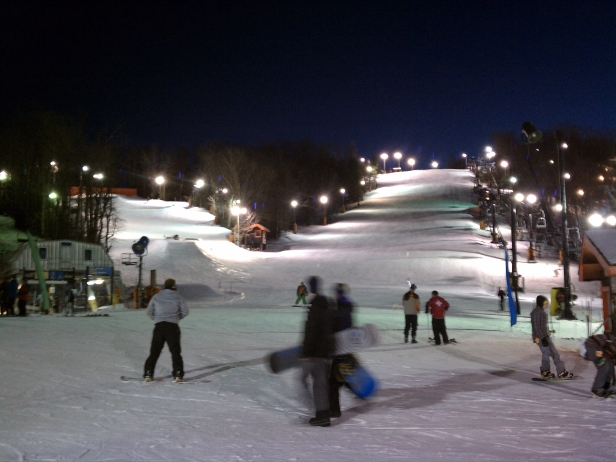 Enjoy today on the slopes if you can because tomorrow looks cloudy and wet for most everyone. The first half of Thursday looks like much of the same unfortunately. Sigh. It’s getting really annoying to have to mention that every week it seems like. It is what it is.

Enjoy your Tuesday and check back tomorrow!