It’s Been A Good-To-Great Ski Season So Far. Different, But Good… 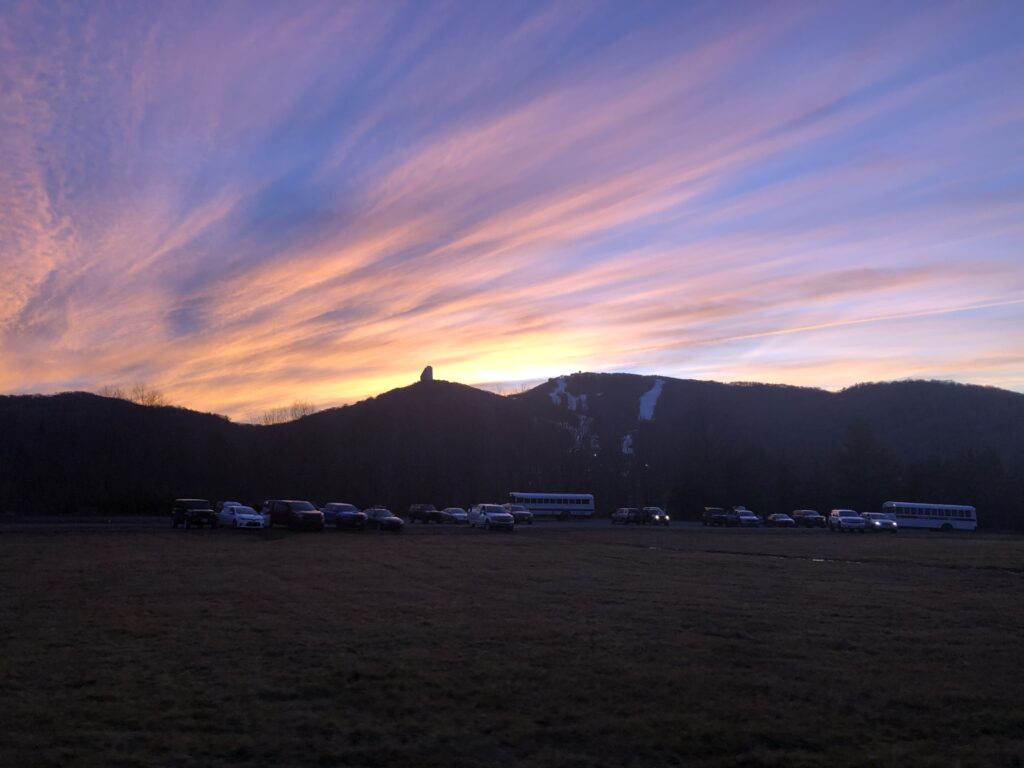 That is the sentiment we’re getting across the board so far this season from visitors and mountain ops alike. Traffic has been really, really, REALLY good which has all of the ski area accountants happy. I was about wrapping up my Sunday FirsTrax report when I heard from Joe Stevens. As you guys know, I have repeatedly been commenting on HOW HEAVY the skier traffic has been thus far this season. Joe is the official spokesperson for the West Virginia Ski Areas Association – in addition to his role as a columnist here on SkiSoutheast. Joe shared that he’s been hearing from mountain ops peeps who are saying that they haven’t seen crowds like we’re experiencing now – since 2010.

I would argue that some ski areas in the region are seeing top/record skier visits so far. There is a LONG way to go as this season is only about a third of the way completed. However, if the weather continues to cooperate, we could see some records set.

Today’s photo of the day is from Madison Doble of Sugar Mountain on Saturday evening.

So it’s been great in that respect – so far – but different.

There’s been more “flying by the seat of our pants” than usual – according to more than one mountain ops staffer. When I’ve questioned just what that meant I’ve heard some half-hearted chuckles and witnessed ‘head shakes’. You know, the kind where a person dips their head down and kind of involuntarily shakes their head signifying a “no comment” or “I really don’t know how to answer that.”

In my conversation with Joe Stevens this morning he shared that he was in line to grab some media passes this past week when he overheard a guest purchasing lift passes for a weekend in March! Joe shared, “If you would have told me when I started in this business 35 years ago that someone would be buying lift passes for March, in December, I would have questioned what you were smoking.”

Resort management and staffers have always been multitasking experts in the sense that they are all called on to work long hours – almost to the point of exhaustion at times – while wearing so many different hats. At the end of every ski season, there is always a collective, deep breath and sigh of relief that “we made it through another season”. Handling the challenges that occur during a normal season can be tough. Handling them during a season like the 2020-2021 season, where ski resorts are under-staffed (no J1 employees) and dealing with a unique set of reasons for guests to complain…is daunting.

I DO know that some ski resorts had discussed operating their dining facilities in a “order / take-out” during the preseason, but then have gone with a 25%-50% dine-in only setup. We’ve heard from more than a few readers who had planned for take-out only to find that take-out was not available once they showed up.

You know it is a different kind of season when the complaints you get are ones like this one that I received yesterday:

“What’s up with the lift loading? I was at XXXXX resort yesterday and the lift lines were nuts at the bottom. The four-person chair was being misused and rarely filled. On one hand there were many chairs with only one person riding up by themselves and then on the other hand I saw ski instructors jumping on with three kids. It didn’t make any sense to me.”

I have to admit that I saw evidence of that happening a lot while at Snowshoe this past week and I am certain that is happening at every resort. As I said, this is a different kind of year, with all new challenges. The only way to answer that statement is to say that resort ops are really in a rare and weird position here. There ARE people who simply are so cautious and afraid of being close to anyone – with or without a mask. Resorts have to allow those people to ride up on their own. In the case of instructors and kids…they are all wearing masks…which is all you can do.

I think the most common complaint this season is from people who have never been to a ski resort before and chose THIS season to be their first visit. Most complaints are in the form of:

“Resorts sell way too many tickets.”

“By the time we made it on the slopes the lines were ridiculous.”

“Resorts should have told us that equipment rentals were sold out.”

…you know, the same complaints heard every Holiday, but this time around on steroids.

A New Addition to the Urban Dictionary… “Mask Nazis”

First of all, I didn’t make the term up, but I’ve also heard from more than a few people who have gone to extremes to “report/question/or police” the lack of mask wearing. We’ve been getting reports and some emails from people who don’t even ski or snowboard, but they’ve visited ski areas only to snap photos of people in lines who are not wearing masks. They then share those on social media and complain to the resorts.

Believe it or not, there is a so-called, pro-mask group located in one of our ski area communities who claim that their “calling” is to recognize businesses that are doing a great job of promoting mask-wearing. They claim that they are not bashing businesses that are not…yet their facebook page is gone as far as asking their followers “if they will continue to support such a business once the pandemic is over”.

The Week Ahead…Moving on to More Positive News…

The last few days have featured some less-than-desired weather. Temps in the 40s and 50s with light-to-moderate rain. I heard from some friends in the ski-shop business who shared, “Mike, remember that there is no such thing as ‘bad weather’ when it comes to being on the slopes. There’s only ‘improper clothing’.”

They are correct! Gor-Tex® and breathable waterproof shells, moisture-wicking base layers, multi-condition goggles, helmets and good gloves will make about any weather “skiable”.

After the fog and drizzle clear out later this morning, we’ll have a nice Sunday afternoon. Monday and Tuesday are chilly days with snow showers possible Tuesday. Temperatures remain seasonable through the end of the week and we are dry until late in the week. It is possible a system could bring a wintry mix Thursday night and Friday.

It is possible there could be accumulating snow from this system so it is worth paying attention to. No doubt, we will hear from meteorologist Brad Panovich with his Skier’s Forecast.

If you want to guarantee you’ll have a place to ski or ride on busy weekends or Holidays ahead, you MAY have to schedule days if not weeks in advance. Ski resorts have taken to placing bold announcements and alerts right on the front of their websites to alert guests of being SOLD OUT. We’ve been sharing that for about two weeks or so now, and we saw even more evidence of that on Saturday.

We’ve fielded a lot of questions about “why resorts have not opened more terrain yet this season?”

The answer is simple. The first third of each season (December) is used to make snow on all of the core trails needed to ensure that Holiday crowds will have sufficient and good conditions to ride on. In a perfect world, all of November and December would provide perfect snowmaking temps. However, it rarely does, so resorts have to focus on core trails and expand from there once they can.

We’ve had a stretch of rainy days that hit December 24th, followed by natural snow; then a nice week…and now some rainy days over the last three days. Temps are forecasted to turn more seasonable…and we can expect snowmaking to resume by Tuesday evening if not before.

Here is the rundown of slope percentage openings across the region:

100% open – Appalachian Ski Mountain remains the only ski area in the region that is operating at 100% open with all 12 slopes and trails. Ice Skating is Open.

85% Open – Winterplace Resort with 23 of 27 slopes and trails open. Tubing is open as well.

74% Open – Snowshoe Mountain Resort with a region-leading 45 of 61 slopes and trails. Snow tubing is open as well as several terrain parks, snow-mobiling and more.

67% Open – Sugar Mountain Resort with 14 of 21 trails for Sunday. They have ice skating and tubing also open.

65% Open – Timberline Mountain with 15 of 23 trails. They do have the only double-black open in the region. Off the Wall is OPEN.

60% Open – Ober Gatlinburg with 6 of 10 trails, ice skating, terrain park and tubing is open – although tubing is SOLD OUT through Jan 7th.

22% Open – Omni (The Homestead Resort) – with only 2 main trails from the mid-station open so far. Ice Skating and Tubing are open.

That’s it for today. Enjoy your Sunday. email me as you like at [email protected]

Previous Post
This Weekend Marks the End of the Christmas-to-New-Year Holiday Period
Next Post
STOP AND TAKE A BREATH, FOLKS!