It’s a Mixed Bag Monday – Including Some Snow Overnight 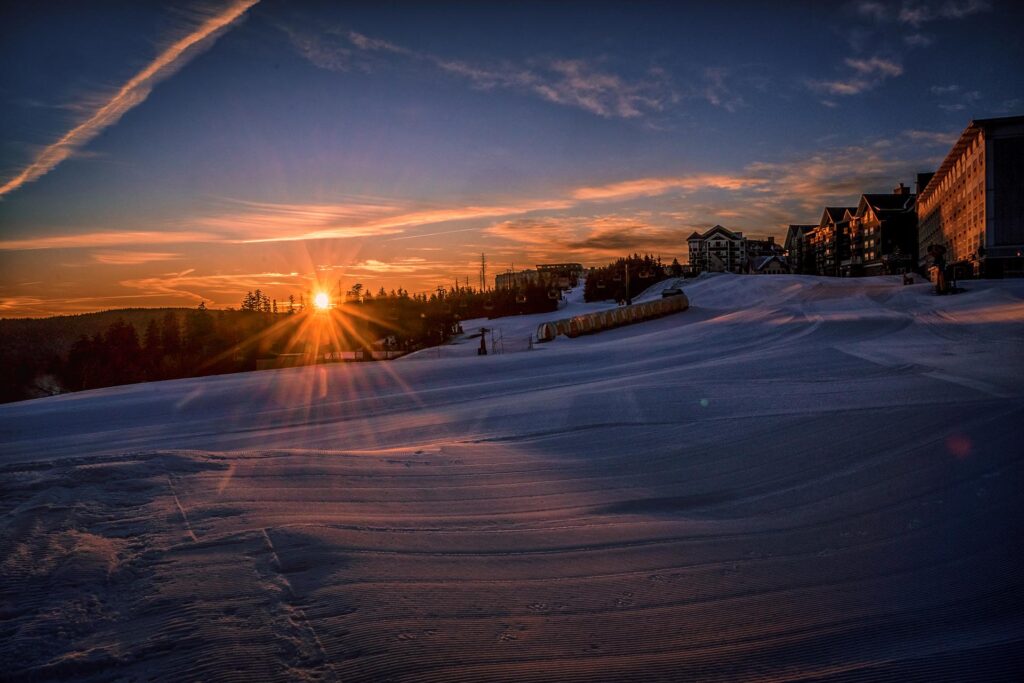 It’s a mixed bag Monday of sorts across the region.

After a great weekend of skiing, riding and some natural snow, Ma Nature isn’t being as cooperative as it is warm with temperatures in the 50’s in part of the region, while the other part has freezing rain and temps in the upper 20’s and lower 30’s.

Some natural snow fell overnight as Canaan and Wisp both had two inches of natural snow fell. Some light snow was still falling early this morning, but it appears that it is beginning to transition to rain and freezing rain.

Things are still looking like a winter wonderland in the northern part.

It’s going to be a roller coaster ride weather-wise the next couple of days.

We’ve got to get through two days of warmish, rainy weather before the cold air comes rushing back in. There looks to be some solid snowmaking opportunities mid-to-late week and lasting into the weekend – just in time to refresh those bases for the holiday crowds.

Speaking of the holidays, Brad is working on his holiday forecast so be sure to check back for the latest.

All-in-all, things are still looking pretty good on the slopes. There are 12 resorts open for play this Monday.

A quick look at the morning report:

North Carolina
App Ski Mountain (49°) – Skiing on a loose granular surface with nine slopes and four lifts open. They have a 26-40” base.

Beech Mountain (40°) – They have a 20-36” base with a wet packed surface. They have six lifts servicing nine slopes.

Cataloochee (48°) – A groomed surface on a 24-44” base. They have three lifts and seven slopes operating and they have started night skiing.

Sugar Mountain (43°) – They are playing on nine slopes with four lifts operating. A 20-40” base with loose and frozen granular surface.

Wolf Ridge (47°) – After a great opening weekend, they are playing on three slopes and two lifts today. They have a frozen granular surface with a 10-20” base.

West Virginia
Canaan Valley (32°) – Two inches of snow helped freshen everything up and set the mood as they are playing on 13 slopes with two lifts operating. They have a 20-30” base with a packed powder surface.

Snowshoe Mountain (36°) – After a big weekend of territory expansion, they are riding and skiing on 30 trails with 11 lifts operating. The average base is 40” with a groomed surface.

Winterplace (48°) – Open for day and night sessions with a 24-40” base with a granular surface. They are playing on nine slopes with five lifts open.

Virginia
Bryce Resort (32°) – They are starting weekday operation today as they have four slopes open. They have a 24” base with a loose granular surface.

Massanutten (30°) – Also starting weekday operations today with four slopes and four lifts open. They have a 26” base with a groomed surface.

Wintergreen (29°) – Playing on an average 10” base with five slopes and two lifts open.

Maryland
Wisp (29°) – After two inches of snow overnight, they are playing on a wet granular and groomed surface with five slopes and four lifts operating. They are open 9-5 today.

That does it for today.