It Is Still November After All… 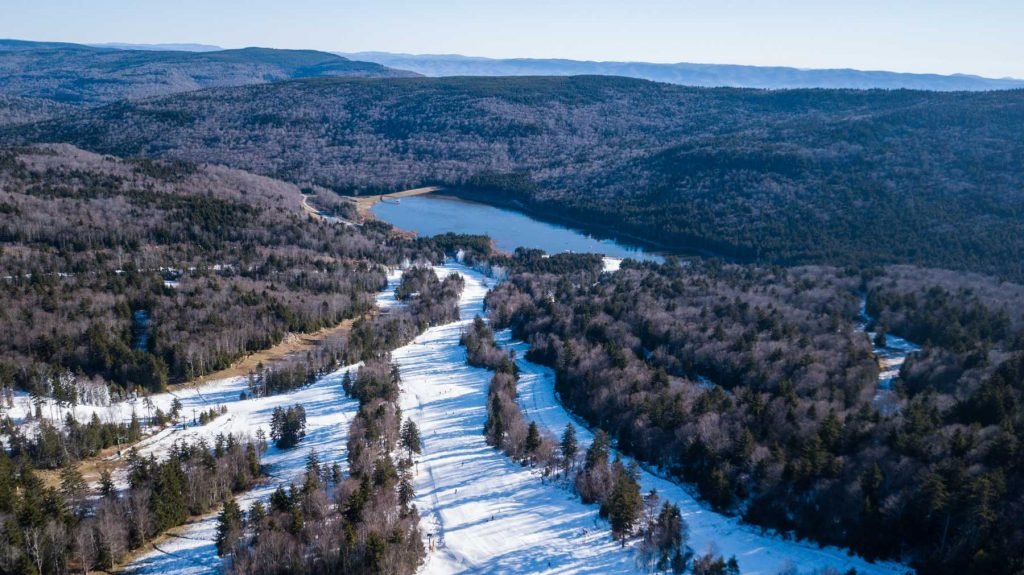 After the excitement and euphoria that came with several ski area openings in the past week and a half, reality is starting to set in.  Even more so every time I look at the weather forecast.  As much as we’d all like to see snowmaking and cold (and natural snow!), we still need to remember that it’s still only November and technically winter hasn’t even started yet.

Four ski areas remain open and they are the same ones that have been open since last week.  Cataloochee, Sugar Mountain, Beech Mountain Resort, and Snowshoe are all open for skiing and riding today.  All four have remained steady in terms of open trail count and base depths.  Some pesky inversions that set up overnight stifled snowmaking.  I say that, but Sugar and Cataloochee both had a few snow guns on this morning from what I could tell on the webcams.  I’m not sure how much good they were doing though as temps were in the upper 30’s and lower 40’s at those locations.

To get an idea of just how dramatic the temperature inversion was, Banner Elk is at an elevation of 3,700 feet.  The temp there this morning was 25 degrees.  Go up about 1,800 feet to the top of neighboring Beech Mountain and you got a relatively balmy 41 degree reading.  Even crazier, it was colder here in Charlotte this morning than atop Beech Mountain.  I went to the gym this morning and it was 26 degrees when I walked out.  Brisk!

If you are lucky enough to go skiing or riding today you should be treated to a fun morning and afternoon.  While there isn’t a ton of terrain to be ridden, the coverage on the open trails is pretty good all things considered.  That and it’s a midweek early season day, meaning there is hardly anyone else on the slopes.  I was checking out the webcams in the middle of the day yesterday and there was hardly a soul to be seen.  That will definitely help preserve the manmade snow that is on the ground right now.

The outlook for snowmaking potential has definitely gone down a bit since yesterday, at least in the short/mid range forecast.  Yesterday, it looked like a good chance of sub freezing temps this weekend for the North Carolina and West Virginia ski areas.  Those forecasted low temps have been increased a few degrees and snowmaking looks marginal at best for Friday and Saturday nights now.  That’s 3-4 days from now though and if the forecast can change that much in 24 hours it can flip flop back as well.  Cross your fingers!

There is hope in the long term though and I mentioned it yesterday.  After we get through the first week of December we could see a huge pattern change that will usher in cold and possibly some snow as well.  Greenland Block FTW!

The evolution of the 500mb pattern over the next 15 days should be fun to watch. Cold weather fans should be happy in about 7-10 days. #ncwx #scwx pic.twitter.com/lgtJZ59cW2

In between now and then it might be a waiting game for many resorts.  And for snow lovers.  I know I’m getting pretty antsy myself.  The one day of riding I’ve gotten in so far this year has got me jonesing for more.  All in due time!

I’ll leave you all with something kind of random.  Ever wondered what skiing in the Southeast looked like back in the day?  Look no further.  Beech posted an epic video from the resort in 1969.  It’ll make for an entertaining watch on this Tuesday.