An Interesting Week Ahead.. 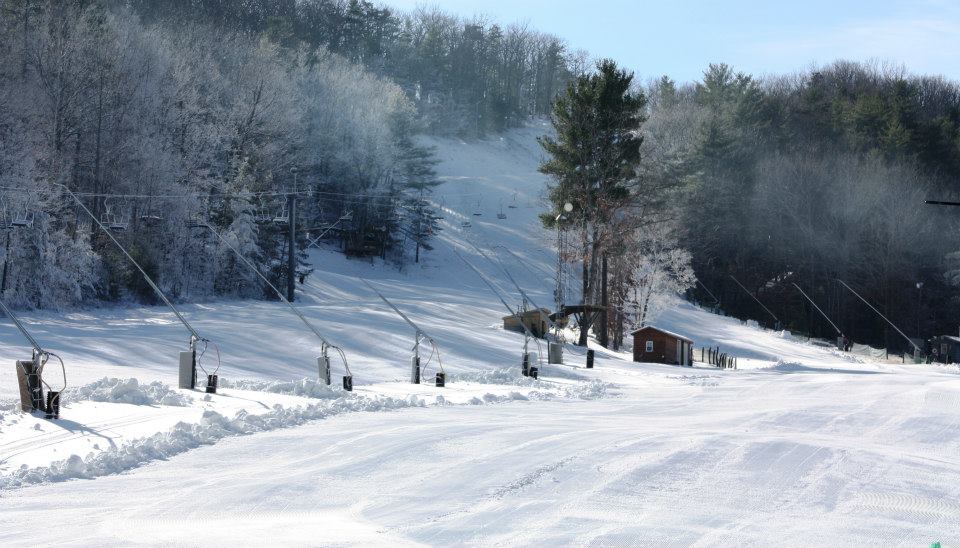 Monday, Monday, Monday.  Another weekend has come and gone…and much too quickly!  Luckily, it’s a short week ahead as Turkey Day is Thursday.  There’s also the fact that we have a very interesting weather situation ahead this week.  If you’re traveling anywhere in the Northeast you’re screwed.  If you’re staying at home or headed to ski or snowboard, you’re going to love it.

I’ll get to the weather stuff in a minute but I figured I’d talk about the weekend…mainly just Saturday as yesterday was kind of a washout.  Saturday was awesome!  I made it out to Appalachian Ski Mountain and was not disappointed, except for the fact that I crashed Mike’s drone.  Yup, first time he lets me fly the dang thing and I crash it.  I flew it once and got some sweet footage from the parking lot, but as soon as I took it up on the slopes it went up up and away….right into the woods.  I have no idea what happened.  Luckily, I found it and I think it just needs some new props.

Thankfully, I wasn’t the only one with a drone out there.  Jordan Nelson of Nelson Aerials joined me and brought his ridiculously pimped out drone out there and got some GREAT footage.  Check out the video he made!

That is an amazing video.  The guy has talent and knows his stuff too.  I’m looking forward to seeing more of the videos that he makes for us this year.

That video shows just how good it was on Saturday.  Blue skies, comfy temps, and great snow.  You can’t ask for much more.  It looks like the situation was similar at Sugar.  Messageboard member davidski posted a trip report and it shows some quality conditions.

He had nothing but praise for Gunther’s Way either.

I was there when they peeled back the closed net for Gunther’s way. It is an excellent run, best in NC I think. Very steep at points, like you have to work to dial back your speed kind of steep, or not.

I can’t wait to bomb that run, and I might even have some pow on it come Thursday…

Bryce Resort appears to have had a successful opening day on Saturday as well.  Check out some photos from their Facebook page.

Bryce is closed for now.  They haven’t posted a re-opening date, but I’m guessing it’ll be Friday and I feel very confident that they’ll definitely be open for the Thanksgiving weekend.

The ski areas look like they are going to luck out and get a decent dose of some natural snow for Thanksgiving this year.  An area of low pressure is going to form off the Georgia coast on Tuesday and track up the eastern seaboard.  This spells TROUBLE for folks who are traveling in the Northeast, but it’s awesome for the rest of us as it looks like almost all of the resorts in the region are going to see some snow.  How much snow?  It’s still kind of early to tell as the temperature profile is going to be borderline.  A change in a few degrees is going to make a big difference.

I will say that I’m highly, highly contemplating riding Thursday afternoon and I’m definitely riding Friday at Beech.  It’s shaping up to be a great holiday weekend on the slopes.  I can’t wait!  If you missed it, here’s a round up of opening dates and what not for the ski areas.

Mike has you guys tomorrow, I’ll be back on Wednesday!