A Few Inches of Snow to Start the Weekend Off Right! 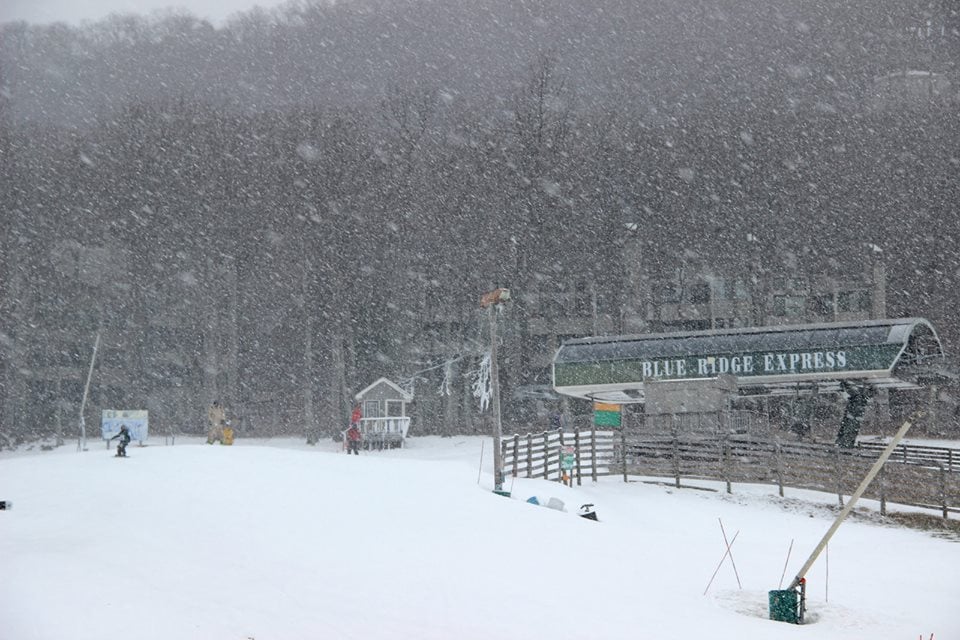 Alright, alright, what a great way to start the weekend!  We have a few inches of snow at a majority of the resorts and it is nice and cold outside.  Today should be a fantastic day on the slopes and I personally can’t wait to go ride here at Snowshoe.  The weekend is shaping up nicely and quite honestly, it might be the best remaining weekend of the season. 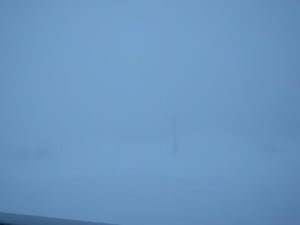 I’ll first go ahead and apologize if I seem all over the place this morning.  I’m currently running on 3 hours of sleep thanks to a longer than expected trip to Snowshoe.  Apparently the West Virginia DOT dropped the ball on salting/prepping/plowing part of I-64 and I was at a standstill for 2 and a half hours and then moving SLOWLY for the next hour.  This large coffee with a shot of espresso in it seems to be doing the trick though as I’m waking up quickly.  That and I am super pumped to be at Snowshoe this morning.  I’m currently looking out the window of my slopeside unit and and the snow looks really good.  Visibility isn’t the greatest, but I’m not complaining.

Let’s get to the snow though as that’s what most of you probably want to hear about.  For the North Carolina ski areas, it turned out to be somewhat of a bust to be quite honest.  Cataloochee and App Ski Mountain saw a trace of snow while Beech is reporting 2″ of snow.  Sugar is reporting 4″ but nothing on CoCoRaHS comes close to that nor do reports on social media from the High Country, so I’m thinking it’s closer to the 2″ mark.

The local forecaster for the Boone area had a 2-5″ forecast yesterday and mentioned this morning that thunderstorms further south robbed the area of moisture, hence the much lower totals.  When I left yesterday to get on the road I thought the radar looked a little dry.  Regardless, nobody should be complaining about a few inches of snow in March!

Up in Virginia, a few inches seems like the general consensus for everyone.  Massanutten is the only resort with an actual snow total number on their site this morning as of 8am.  They are reporting 2″, which falls in the 1-3″ forecast range from yesterday.  Based on the cams, it looks like Bryce, Homestead, and Wintergreen saw a similar number.  Looking at the Homestead cam this morning, it actually looks like they could be closer to 3″ or maybe even 4″ based on the snow on the benches. 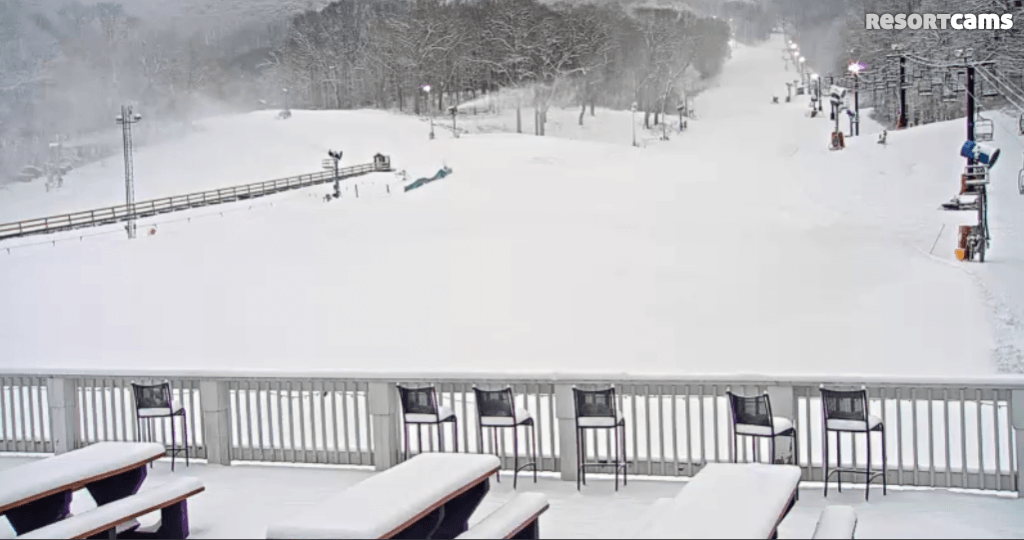 Here in West Virginia, Winterplace is the winner with this storm system.  They are reporting 4″ this morning and I can vouch for that.  I drove right by Winterplace last night on I-77 and it was coming down really hard in that area and accumulations on the side of the road were some of the deepest I saw on my trip.

Canaan and Timberline are reporting 1.4″ each this morning.  They only need another 2.6″ to get to the 100″ mark for the season!

Snowshoe is reporting 2″ this morning and that seems pretty valid based on what I saw last night and this morning on my walk through the Village to Starbucks.  I will also say that Snowshoe did make snow last night as I went to sleep to the sweet, sweet sound of snowmaking guns.

Finally, Wisp Resort in Maryland is reporting an inch this morning.

So, we have a few inches of natural snow to start the weekend off right.  The weather this weekend looks fantastic as Saturday and Sunday will see things warm up a bit.  As I alluded to in the opening paragraph, this could be the best remaining weekend of the season.  Next week looks to see a decent warmup.  And by decent, I mean big time.  Beech could be pushing 60 degrees by the latter portion of the week.  If it gets that warm at Beech, it’s going to be really warm elsewhere.  I’m not saying the snow will be gone, but it’ll definitely melt some of it.  Basically, getting some skiing or riding in this weekend should be a top priority! 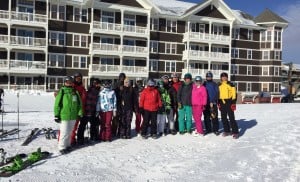 As I’ve already mentioned multiple times, I’m at Snowshoe right now (I’m excited if you can’t tell) for the Ski Southeast Summit!  I’d like to go ahead and pre-thank everyone who signed up and is joining us this weekend.  We have a large group here this weekend considering we’ve only been promoting this thing for a few weeks now.  I’ll be out and about today, but I think a larger group of people is arriving tonight and have plans to go to Silver Creek for the night session…and some beers.  If you’re here right now or coming up today try and meet us over that way!

Mike and I will be doing a live broadcast from the Village tomorrow morning and then a little midday update from the Boathouse around noon.  So, if you weren’t able to make it up this weekend make sure to check in tomorrow morning for a live update.  It should be fun!

It’s time for me to start getting ready.  I have some fresh snow and some nice corduroy to go snowboard.  As I already said, make sure to get out and ride this weekend if you can!  It should be a good one!