I’m Not Going to Lie, It SUCKS Out There. But CHANGE is Coming. 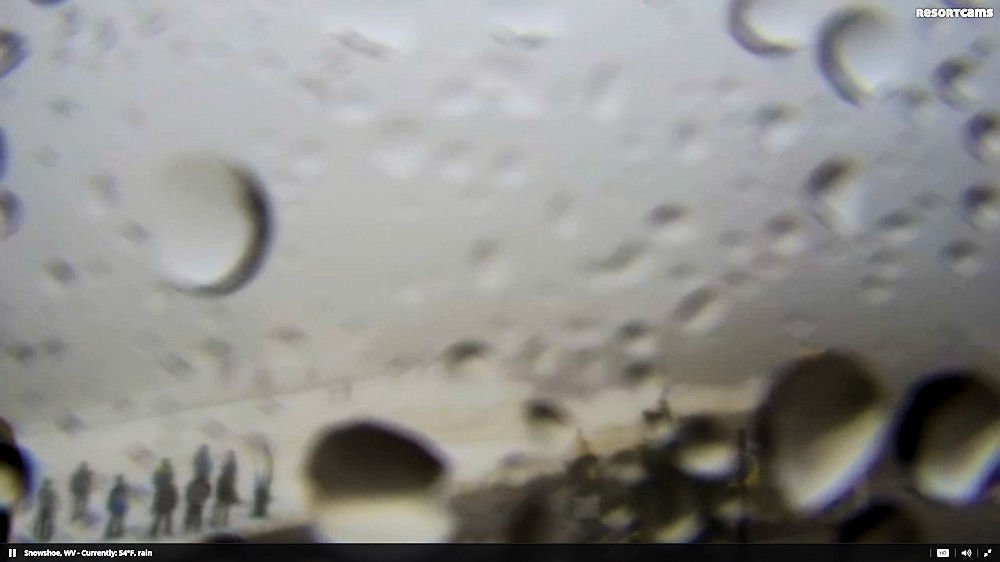 11am update: We will be updating this post as well as posts throughout this week with “the word” that we’re getting from the ski resorts in terms of slope openings and plans for the week ahead – as well as a look at the Holiday slope plans. We just heard from Snowshoe’s Shawn Cassell about what they are thinking as of right now. A lot of our readers are posting questions regarding the upcoming cold snap and potential slopes and trail openings at each resort. Per Snowshoe:

Shawn Cassell stated, “This cold snap is going to be much colder than what we’ve had to make snow with so far. So we’ll get a lot of snow made during the Thursday through Monday time-frame. We’d expect to get the same 7-8 trails that we had open on Friday re-opened and add 3-4 more trails that connect to the main slopes going down to the Ballhooter lift.”

CasselL also shared that they are optimistic about being able to open a few trails on the Silvercreek side and there’s an outside chance of MAYBE getting Cupp Run open. So if all goes well, Snowshoe could be operating with 12-15 trails or more towards the end of the weekend.

We’ll tie this update in with other news that we get from each of the ski areas throughout the week. Right now with the weather that we are seeing today AND with the idea that ski areas that HAVE snow right now (like Snowshoe) there is a good chance that Snowshoe will suspend operations later today and aim for reopening on Friday or Saturday with VASTLY improved conditions.

Good Monday morning my ski and snowboarding friends. I’m a salesman and a pretty good one; but even the best of salespeople have to have some “ammo” to work with. Today is Monday, December 14th, 2015 and right now, all I can say is that I have been covering the Southeast and mid-Atlantic ski region for twenty seasons now and I’ve personally never witnessed conditions as bad as they are right now across our entire coverage area from Wisp Resort in Garrett County, Maryland to the southernmost ski area of Sapphire Valley, North Carolina. Most ski areas have NO snow on them, some have small piles here and there and even the best look like the webcam capture from Cataloochee Ski Area below.

Only Snowshoe Mountain in West Virginia is open today and they reduced their offering from 7 trails open on Sunday to 4 slopes and trails this morning. It isn’t pretty. I’m actually astonished that Snowshoe didn’t just suspend operations for today as it is a miserable, foggy, wet, sloppy mess for anything but a duck today.

It is around 50-60° across the region this morning and pouring rain and as I was driving in I was thinking about how cruel it would be to equate how much SNOW would have fallen since midnight IF ONLY it was THIRTY DEGREES COLDER than it is!

…and by the way, I’m in a GOOD MOOD TODAY. Imagine if I were in a poor mood and writing this. Simon Cowell might cringe!

To be clear, it SUCKS if you’re like me and carry your skis around in the back seat of your vehicle. I keep thinking that I should take them out and put them away as some sort of “reverse-jinx”, but its ski season and they’re supposed to be available if I can get away for a bit and hit the mountain on short notice. I’ve only been able to do that ONCE this early season when I hit up Sugar Mountain last Sunday morning. I’m telling you that the conditions at Sugar last week were nothing short of AWESOME. 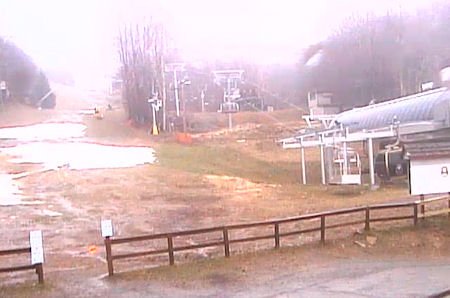 The other day when Meteorologist Brad Panovich posted his latest Skier’s Forecast video (see: Brad’s Skier’s Forecast) he was talking about “a pattern change” that could be on the way towards the end of the month – just in time for Christmas ski travelers. Obviously that could STILL happen as forecasting the weather more than 5-7 days out is still a crap-shoot. Obviously, we will hear from Brad today or Tuesday for an update and we can certainly HOPE to see that pattern change on the way; but based on what we’re seeing on the weather horizon – it looks like more of the same, early Spring-like weather with well-above-average temps and lots of showers in the forecast through the end of the month – with ONE, THREE DAY “exception”.

The coldest air of this warm fall arrives Thursday night and Friday. And with the cold, snow showers are expected Friday, mainly along the western escarpment of the Appalachians. Snow showers and flurries last into Friday night. Saturday has clearing skies and cold temperatures. Finally some help for the ski slopes and the feel of winter on the last weekend before Christmas.

It’s going to be a quick, 3-day cold snap as milder air returns quickly next week.

PREPARE TO BE AMAZED…

You’re not going to believe how great the conditions will be come Sunday and Monday of next week (December 20th and 21st) and that is GREAT NEWS if you’re planning on heading to your favorite ski area for some Holiday skiing and snowboarding.

Resorts SHOULD be able to get their core slopes and trails open with a good base. That is the good news. Our snow-makers are the best in the business and you won’t believe how pretty things will look via all of the webcams about a week from today.

Say Some Prayers; Keep Your Fingers Crossed and THINK SNOW!

…because AFTER this short, three day burst of cold it, the forecast is looking like highs in the mid-50s and warmer…with overnight lows in the upper 30s and low 40s from December 21st and through December 28th. There’s some windy conditions during that span of days and we’ve got to hope that an favorable air-stream comes along and changes the ten day forecast because RIGHT NOW, it’s looking rather wet from the 22nd through the 28th.

Let’s not focus on that too much right now as many old-timers will tell you, “If you don’t like the weather in the mountains, hang around 30 minutes because it will change.”

…so imagine what a week or so could do.

So as Winter Storm “Echo” bombs the west and mid-west with YET ANOTHER round of frigid temps and heavy snow, we’ll bask in the warmth of Spring-like temps and this fertile rain that we’re getting today.

Work with me people – THINK COLD!