So I’m Out of the Loop for a Few Days and This is What I Return to??? 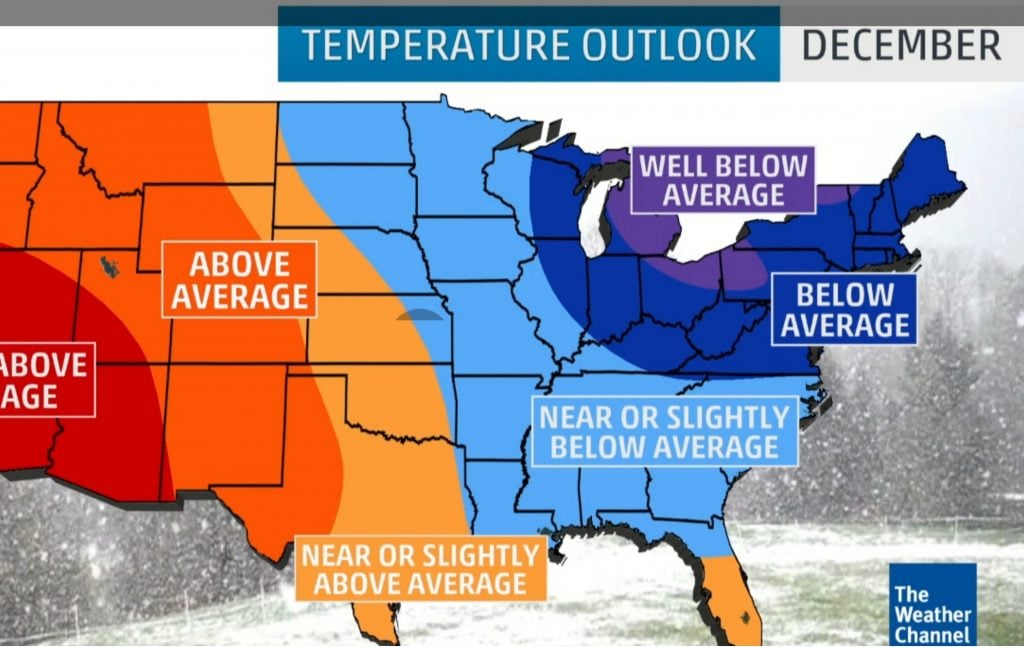 When I posted some notes last Sunday, we had Snowshoe, Cataloochee, Beech and Sugar Mountain all looking pretty decent with some early season trails to play on and by all accounts the snow was pretty awesome. That was despite the fact that those resorts that were open had done so with very little “support” from the weather. 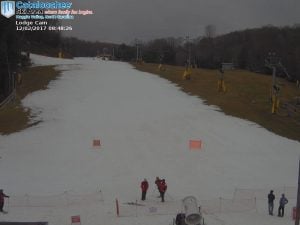 So I left Kenny Griffin and Brad Panovich with the reins for five days and I hop back in the driver’s seat this morning and I find that Beech and Sugar Mountain have been forced to shut down and wait for the next batch of cold temps. Cataloochee Ski Area is hanging on and ACTUALLY looking amazingly great for today with the same 3 beginner slopes open for day sessions. (But HEY, they are open!)

Snowshoe Mountain Resort is still playing on a region-leading 9 slopes and trails and an average base of 24″. 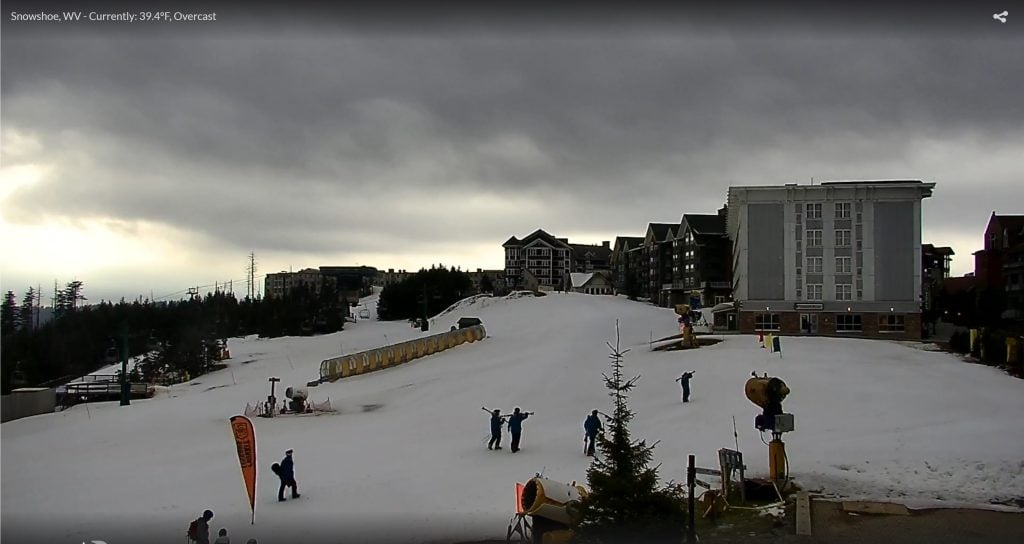 Skiers and Snowboards at Snowshoe make their way onto the slopes! Click to Enlarge!

If You Reading This Post, You’re Either An Industry Insider, Resort Op or One of Our Most Loyal Readers and You Need a Hug…

So I’ll give you a moment. Go grab your coffee or morning drink of choice and come back here and let’s just talk about things that we can all hang our collective hats on. Go ahead. I’ll wait for a moment.

As I was first checking my skiMail INBOX this morning, the first thing I noticed was that there is so little going on in actual skiing and snowboarding anywhere…AND that you guys are a little testy. One reader shared, “Damn, don’t you guys have spell-check? There’s no such word as “wimper”. Come on.”

He was alluding to Kenny’s Friday post about “Meteorological Winter Begins with a ‘Wimper'”. Okay, so he left off an “h”.

Another reader pointed out that we had posted Cataloochee’s base depth as 104-12″. It’s early in the season and Kenny’s just getting back into things.

But let’s be real. If there were two feet of natural snow on all the slopes and every resort in the region was open and playing on a lot of slopes and trails – you probably wouldn’t have noticed those typos. Am I right? (Who knows.)

Meteorologists Are Noticing the Lack of Snow 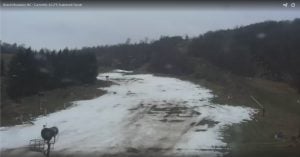 Beech is now temporarily closed. Yea, I know. Ouch! Click to enlarge if you’re a glutton for punishment.

Last night I was flipping channels and I saw one of the Charlotte, North Carolina news stations that RARELY uses our cameras – actually showing the Base Cam at Beech Mountain. The reporter was questioning, “Not sure how much longer Beech can hold out with conditions that look like these.”

First, the conditions didn’t look that bad early on Friday as Beech had pushed snow around to provide playable terrain for one last day. They had already made the decision to close after Friday’s day session. However, I can tell you that those who were able to ski or ride yesterday were appreciative of the effort that Beech put in to give them that one additional day.

As I was typing up this post, WCNC News Channel 36 repeatedly showed the same camera at Beech, but they were using the LIVE STREAM to lift the hopes of those in their region who love to ski or ride. Their team was telling their viewers that cold was on the way and that by this time next week there would be plenty of snow on those slopes.

Our own Meteorologist Brad Panovich posted his latest VLOG and his update was like a healing salve to aching souls who are all longing to see our favorite slopes open and in great shape. Check out that post here > Brad’s Skier’s Forecast

So, REALLY? Is the COLD AIR and Winter REALLY Coming In?

That was the prevalent theme to most of the rest of my skiMail INBOX. Here are some of the emails:

“When are you guys going to admit that cold & snowy winters are a thing of the past for the ski resort in North Carolina?” – Jonathan C

Ummmm, never, because it isn’t true.

“It looks like winters are getting warmer and the ski seasons shorter these days. What’s yalls take?” – No Name Provided.

Actually over the last few years, ski seasons have been longer, not shorter. Yes the 2015-2016 was shortened due to the weather, but we all have to look at the “Law of Averages” and not one small sampling of a year or two.

Snowmaking technologies have improved dramatically and that will help to provide us with longer seasons…not shorter.

I could go on with a few more reader emails, but the fact is, we’ve seen those pesky La Niña conditions for the last two seasons…but that worm will turn and plentiful snows will blanket our mountains again in years to come.

Until then, what about THIS SEASON!?!?!

From all indicators, we are about to see period of slightly below average temps for much of December AND some much desired natural snow! Sometime on Tuesday evening (December 5th) the temps will drop cold enough for a roar of snowmaking equipment to crank up across every mountaintop in the region.

The next five days (December 6-10) could provide near around-the-clock snowmaking for many of our resorts and that will have everyone smiling as ski areas either open for the first time this early season…or adding more open trails.

We should also see some natural snowfall during the period. As we all know, long range forecasts are not all that reliable, but there is a LOT of confidence in the rest of December being cold and snowy. Before you know it, we will all be looking at pristine-white slopes at your favorite ski area.

If you don’t already have reservations for the Christmas to New Years week…they ARE going fast. We’d recommend calling NOW. We’re seeing PLENTY of cold air for the next two weeks and beyond and that will set up the resorts nicely with good conditions.

Trust me – we’re all ready, right?

A couple of readers responded to our video posting of Sepp Kober being honored by the National Ski Hall of Fame. We covered that when it happened back in 2009, however, someone JUST posted that video in October so we shared it along with a lead-in that alluded to that fact. However, the way the editor posted the video, it didn’t show the “disclaimer”.

Additionally, we have been planning an extensive story about the visionary that Sepp Kober was and this video surfaced…so we just posted it.

However, you guys (our readers) can proof for us anytime. Thanks to ALL of you who email or text me regularly.

Previous Post
Meteorological Winter Begins With a Whimper…Until Next Week
Next Post
Two Ski Resorts Are Open on December 3rd; Everyone Else Playing the Waiting Game