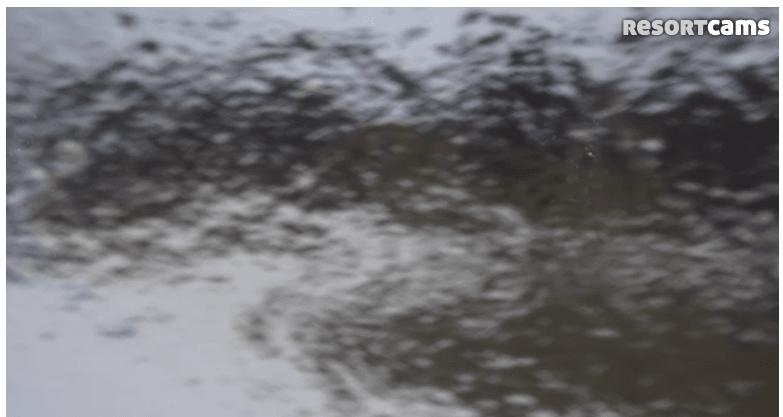 It’s kind of a slow news day and there’s not much to talk about.  It’s definitely a hohum day.  The snow report is uber easy on mornings like this.  I mainly just have to change temperatures.  Things are holding steady otherwise other than an inch or two lost here and there on the base depths.  Nothing major though.

There is some wintry precipitation up in West Virginia and Virginia right now.  Unfortunately, it’s in the form of ice.  Check out the Canaan Resort cam.

Yuck.  That’s a nice little layer of ice right there.  Canaan is open today on 8 slopes though, so if you’re really jonesin to get on snow you can head on out there.

It looks like some light drizzle/freezing rain is in the forecast for everyone today.  It’s not the greatest of days for sure, but it shouldn’t do much to damage base depths.  A cold rain isn’t a terrible thing.  It helps to fill the snowmaking ponds back up after all.  For early December, we’re looking pretty good.

So yeah, as I mentioned yesterday we have a handful of resorts open this week and then another handful will open back up this weekend.  On a side note, does anyone who is reading this have any clue about what’s going on with Wolf Ridge?  We haven’t heard anything from them and there’s been no news on their site about what’s going on.  I actually called up there to see if anyone would answer and I got their voicemail.  I’m really curious to hear about their plans for the season.  Since the management that was running the place last year got kicked out, we don’t have a webcam up there anymore either so we can’t see anything.  That’s a bummer, because that was a pretty good webcam.  Anyways, if you know anything about the Wolf send me an email.  I’m really curious.

Beech, App, Sugar, Cat, Canaan, and Snowshoe.  They’re all open for business right now so take advantage of it if you can!  If I could go riding this week I probably would.  Early season riding is great.  No crowds or long lift lines.  The first few times I ride there’s always that thrill of being on the snow for the first time in 8 months too.