A Ho Hum Couple of Days Ahead 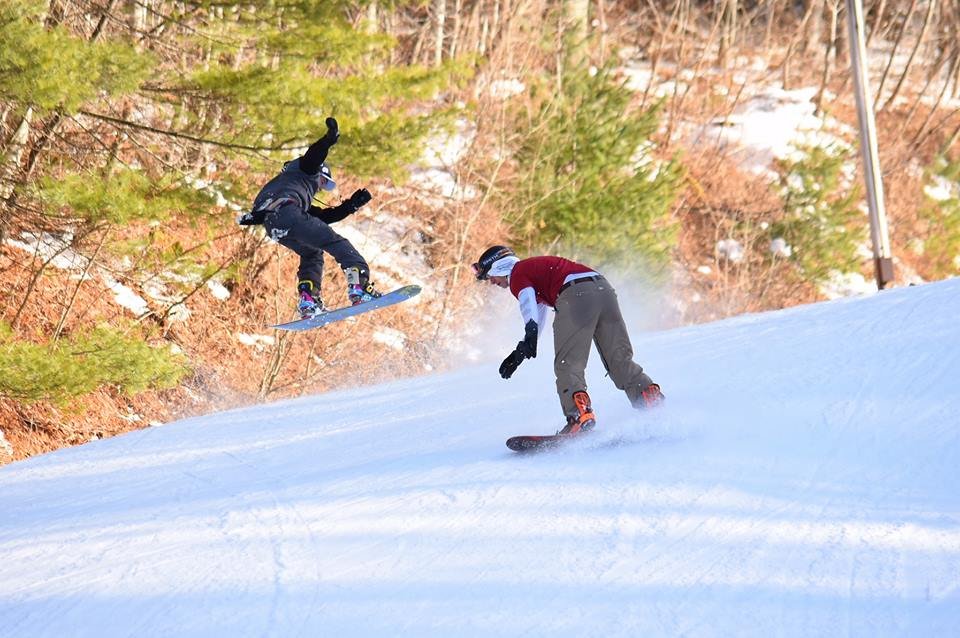 I must admit, I think I was a little too pessimistic about conditions yesterday.  Temps were comfortable, if not a little mild, and the rain held off.  It looks as if it was another decent day to get some mid-week riding in before the weekend/holiday crowds show up.  The weather deteriorates today and tomorrow though before we enter into another cold snap.

For the first time in what seems like forever, not a single ski area is below 40 degrees this morning at the time of this report.  Just about all of the resorts are reporting a temperature in the 40’s with the exception of Sapphire Valley, where it was in the low 50’s.  It’s pretty insane to think that a week ago at his time I was doing this report and temps were something like 30-40 and even 50 degrees colder than they are now.  That goes to show just how ridiculously cold it has been in recent weeks.

It’s going to feel quite different over the next two days though as we’ll see temperatures get into the 50’s at the resorts.  A few of the lower elevation ski areas will even hit the 60 mark tomorrow.  Oof.  Add to that the fact that underdeveloped snow will be prevalent and you have a pretty terrible end to the work week.  If you decide to get some turns in today or tomorrow make sure to wear your rain gear.  That or a poncho.

As I’ve been harping on all week though, another cold blast arrives in time for the MLK weekend and it looks to stick around through at least the first half of next week.  It’s pretty cool to look at weather models and you can see the cold front charging through the region late Friday/early Saturday.  You’ll also notice that the cold sticks around through next week.  Image is courtesy of WeatherModels.com.

This cold blast isn’t going to be quite as cold as the last few.  That’s not a bad thing though as at times it was almost too cold, especially for folks who aren’t used to it.  That’s a majority of the clientele this weekend.

In addition to the cold, the chance for natural snow is there on Saturday and Tuesday.  I’ll take a closer look at forecasted totals for Saturday in tomorrow’s report.  I will say that totals look light right now.  After a couple days of rain though it will make for an excellent start to the weekend.

Speaking of snow, there’s been some questions about how this winter has stacked up so far to previous ones.  We all know that it’s been cold, with stretches in December and the beginning of January where it was downright frigid.  What about snowfall though?  We haven’t really had too much in the way of natural snow, at least it seems like it.  I was looking at David Lesher’s snowfall report from up at Canaan Valley, and surprisingly they aren’t that far off the normal pace.  The 16 year average for seasonal snowfall by January 10th is 59 inches.  Canaan and Timberline are both at 57 inches so far this year, only 2 inches off the average pace.

Looking at that graph and the first thing I noticed was the 2009-2010 season.  Ah yes, what an epic year that was!

The story is a little different the further south you go.  The official station atop Beech Mountain is reporting 15″ of snow so far this year and goes back 27 years.  That ranks 18th for this date and and is a little over 8″ below average.  If you think about it though, that’s really only one good storm. 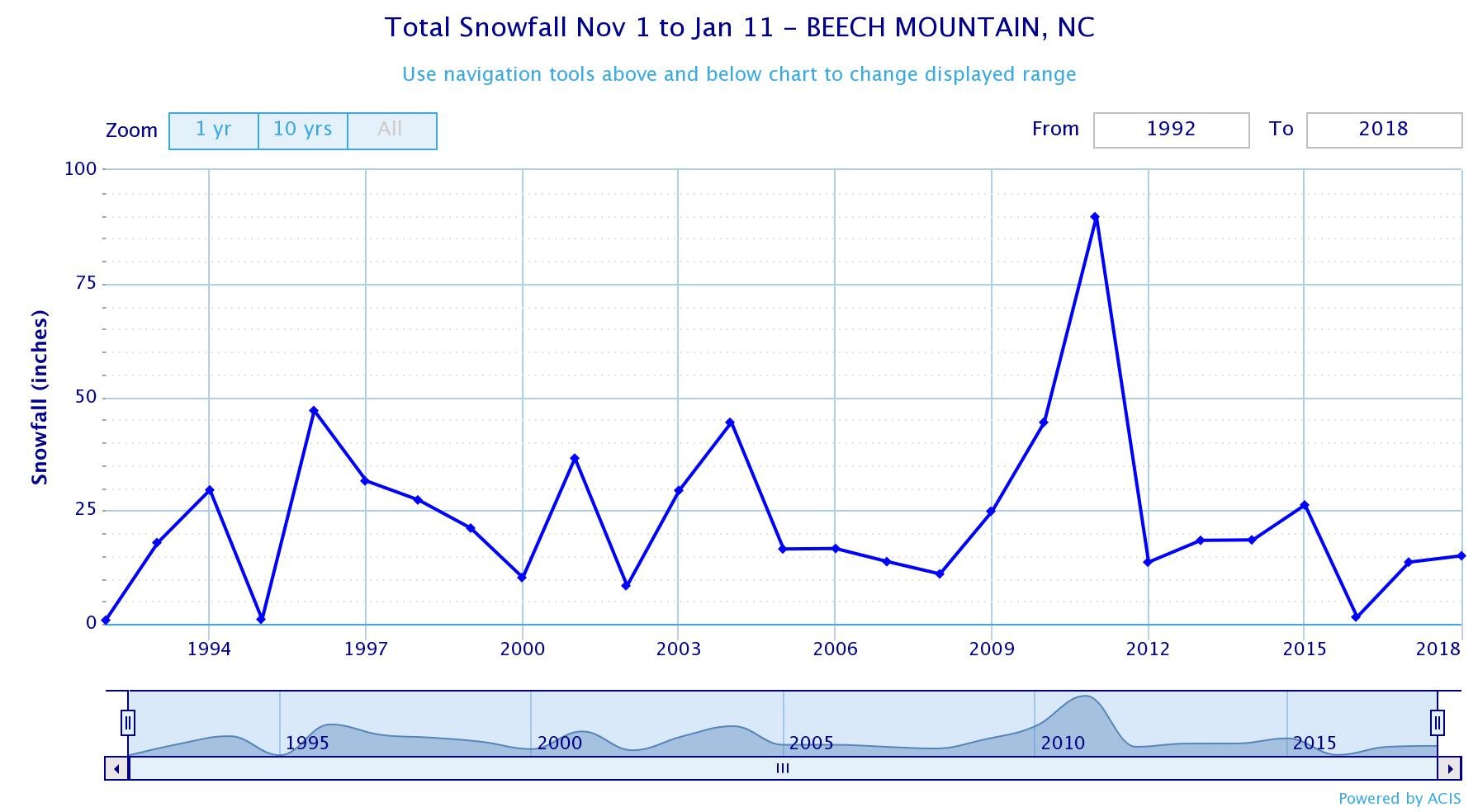 I’m kind of surprised looking at these numbers as I thought they would be way worse.  I just want more powder.  January and February are the snowiest months, so we’re just now getting into the prime of the season.  Let’s all hope for a snowy second half of the winter!

Tune in tomorrow as I’ll get you all ready for the weekend.  Don’t let the weather bum you out too much, it’s only temporary!

Previous Post
Still Looking Ahead to the Weekend
Next Post
Announcing Alterra Mountain Company: A Family of 12 Iconic Mountain Destinations in North America