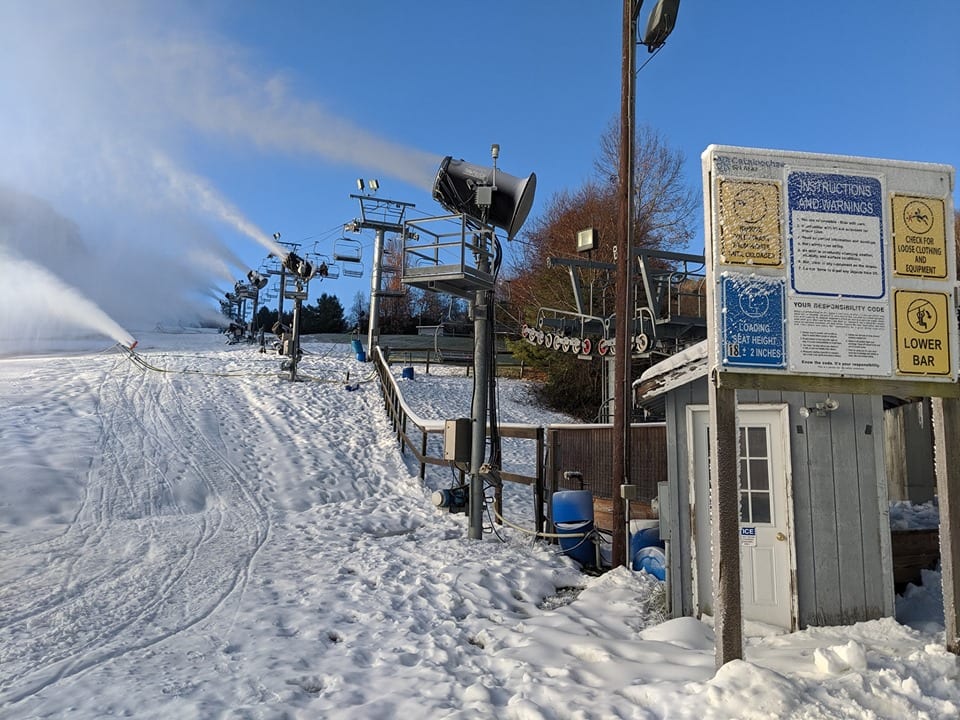 And for now, there was none.

A day after Cataloochee opened up the 2019-20 ski season, Sugar Mountain was unable to get Mother Nature to cooperate to get things opened up today despite a hard-fought effort from the Mountain Ops crew.

Cataloochee had previously announced that they would be closed through the week and plan to report on Saturday, November 9, which leaves the season on pause for a couple of days.

As Mike mentioned in First Trax yesterday morning, Sugar had been making as much snow as possible, but it seemed the temperature never hit that sweet spot for them the past couple of days.

This morning, Sugar noted that forecasters were calling for cold later in the week and we have no doubt they will open as soon as possible.

Snowshoe and Beech also made snow on Sunday in preparation for their opening days – which is only 18 days away. Snowshoe posted this great video over on Saturday morning showing off a machine-made snowstorm.

We go back into a holding pattern for a couple of days as we wait to see what Mother Nature brings our way as well as see what cards the resorts decide to play.

Temperatures look borderline the next couple of nights for snowmaking in the North Carolina mountains with highs climbing into the low 50’s during the day.

Just like last week, Thursday does bring about a change as temps are expected to fall in the 30-33 degree range and not go any higher during the day Friday.

There is also a chance of some natural snow during the day on Friday, but it all depends on timing. Friday night signals the start of a cold weekend that should leave for plenty of snowmaking opportunities at night.

Hopefully, it all plays out so we can see the season resume this weekend.

Snowshoe will also see plenty of snowmaking windows (and a chance of natural snow on Thursday night/Friday) to help get the slopes ready for the Nov. 22 opening.

Meanwhile, Sunday was a beautiful day to open the season in Maggie Valley. Check out these opening day shots from Cataloochee.

If you were able to hit the slopes on Sunday, send us your photos and trip reports – we would love to hear about your first day of the season. You can mail those over to [email protected] (We promise not to be too envious).