The Highways and Byways Will Be Packed This Weekend 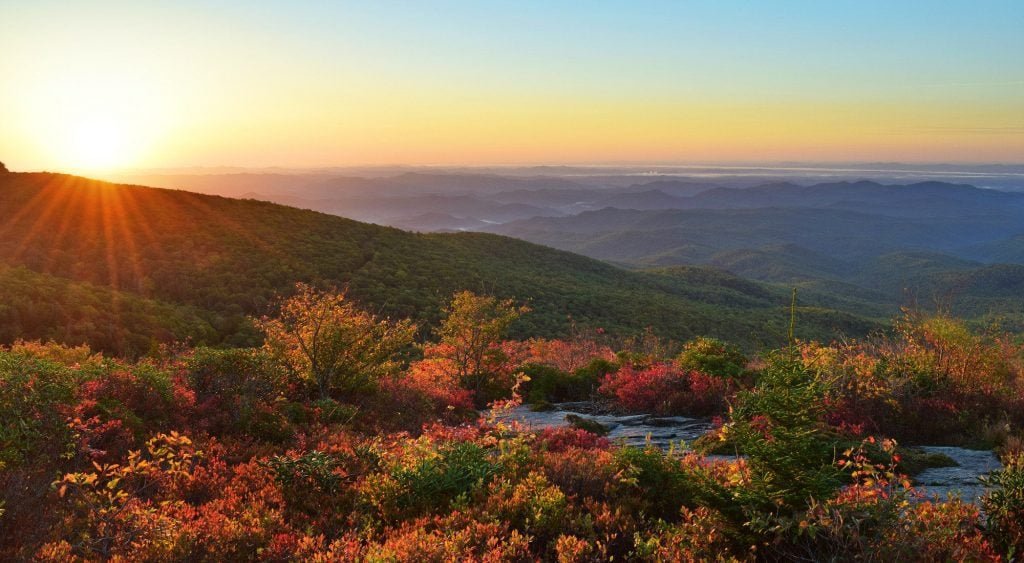 If you’re headed to the mountains of Western North Carolina and portions of Virginia and Tennessee this weekend in the hopes of taking in some “fall leaf gawking” you are in luck in terms of timing things for peak color. Temperatures have dropped into the upper 20s and low 30s on each of the last few nights and those temps have really spiked the color transition and there’s no question that the mountains are very pretty right now. Some have stated that this particular fall leaf season won’t be as vivid as some in the past, and there is some truth to that, but oh my goodness – it IS pretty right now. 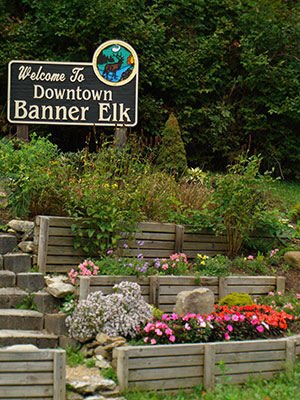 So the Autumn rush to the mountains from flatlanders from around the Southeast and mid-Atlantic will be in full force this weekend and that’s enough by itself to crowd the roads with more-than-brisk traffic. This weekend’s peak colors will also team up or time perfectly with two hugely popular fall festivals – both in the High Country. The annual Valle Crucis Country Fair AND the Woolly Worm Festival are both held this weekend as two day events. Both attract more than twenty thousand or so people (each) so add those attendees to the crowded roads and you have a recipe for some slow times in and around Boone, Banner Elk, Blowing Rock and Valle Crucis.

That’s okay though because you can’t really enjoy the awesome, fall color if you’re zipping along at 60mph. There will be no danger of that this weekend though as in addition to the aforementioned attractions, the Appalachian State University  Football team is also hosting the Coastal Carolina Chanticleers from Myrtle Beach, South Carolina on Saturday at 3:30pm at Kidd Brewer Stadium in Boone.

If you’ve been calling around for a hotel room, you NOW know why everything is booked up for this weekend and all of those people will be on the roadways all weekend long. If you’re thinking about getting a seat at any of the restaurants in the area this weekend you’d better get to your hoped-for dining spot early or be prepared for long waits. Last weekend was a busy weekend over in Blowing Rock with the fall leaf color looking pretty nice already and we hit up Outback Steakhouse on Saturday evening and there was already a one and a half hour wait at 7pm. Places like ANY of the eateries on King Street in Boone, Dan’l Boone Restaurant or likewise any place in Banner Elk (Stonewalls, Banner Elk Cafe, The Bayou) are going to be packed all weekend long.

So be sure to pack your “patience” along with some extra snacks and maybe look for some of those hidden gem places to eat that are slightly off the beaten path. Just a hint here, but if you’re looking for an awesome dining experience without much or any wait, check out Vasarely’s on Beech Mountain. They have an awesome menu and the atmosphere is about as sweet as their desserts that are all homemade.

We posted some information about the Woolly Worm Festival on Wednesday and if you missed that you can read it here.

Fall Leaf Color Update (In case you missed the comments above!)

Thanks to Frank Ruggiero, Director of Marketing & Communications for Grandfather Mountain Stewardship Foundation for this update that was posted on Wednesday. (Pretty colorful wording to match the leaf color!)

Here’s today’s Grandfather Report:
Golden leaves complement the sunshine in Grandfather Mountain’s MacRae Meadows, with the mountain itself creating a stunning seasonal backdrop. During summertime, the meadows are draped in a different color — plaid. MacRae Meadows is the site of the annual Grandfather Mountain Highland Games, held each July and celebrated as one of the nation’s most popular gatherings of Scottish clans. Meanwhile, fall color continues to progress into the lower elevations of the High Country, with spot color still bursting at higher elevations, such as Rough Ridge on the Blue Ridge Parkway (Milepost 302.8), meaning leaf-lookers can expect some colorful sights this coming weekend.
Photo by Skip Sickler | Grandfather Mountain Stewardship Foundation
Thanks again,
Frank.

Here is the same image that heads today’s post in case you want to CLICK to ENLARGE it.

That’s going to do it for me today. By the way, some of our team are compiling some really nice stories about the histories of our ski areas in the Southeast and we will be sharing those with you soon. Keep checking back as we have now entered into the official “Winter, Ski Resort pre-season” mode.