Hey Mike, we skied or almost 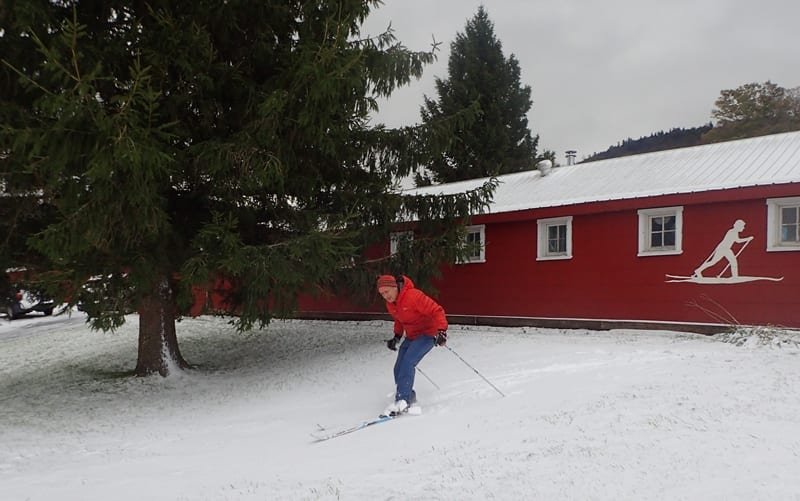 That story prompted Joe Stevens to share the story with our West Virginia brothers and connections…which prompted Chip Chase of White Grass in West Virginia to email me.

Mike, We skied or almost….
Looking forward to the season! Chip Chase

That’s how it works around here. Information IN, is information OUT…especially with our industry partners.

Chip’s a man of few words. Ha. However, he connected, he shoots…he scores.

Here are the images he sent along. 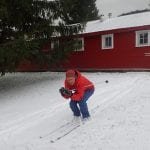 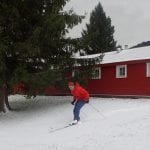 Some people know the place as White Grass Touring Center and some refer to it as White Grass XCountry Ski Area, or simply as White Grass. Originally built as the Weiss Knob Ski Area in 1959, they now maintain over 60 km of trails ranging from 3220 – 4463 ft. Over 1,200 vertical feet to cross country up and over. (You can snowshoe if you prefer.)

It’s been a few years since I have spoken with Chip, however he once shared that the ski area picks up about 160″ of natural snow per season and when there is snow on the ground, they offer plenty of terrain to play on.

Their website is p-r-e-t-t-y antique and a lot of it doesn’t work or is missing graphics, but I’ve heard from more than a few snow lovers over the years that they kind of like it that way. As one fan wrote me last season, “Mike, I know you guys are into web design and this place (White Grass) has a pretty old-school one, but we like it. It kind of matches the place. Simple. Nothing fancy. It just works – when there’s snow.”

PS, he asked for anonymity because he skis there a lot.

The fact is, that simple little website gets about 10K-12K visitors a month from cross country ski enthusiasts. Check it out at: www.Whitegrass.com

Here’s a map of the place…click to enlarge: