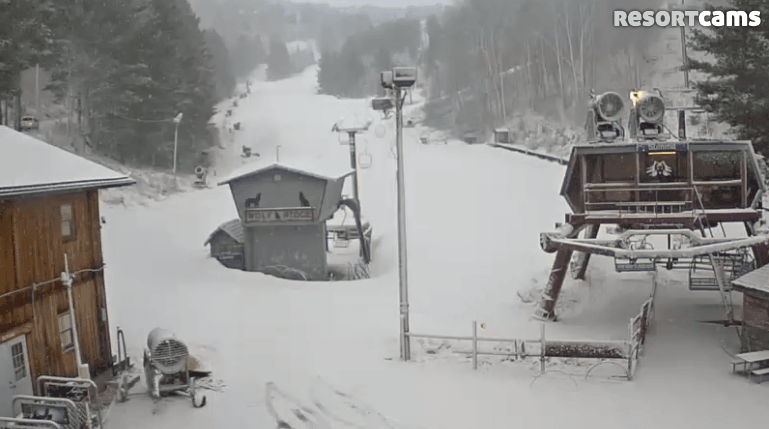 What an exciting few days it is going to be for weather nerds like myself.  Unfortunately, the area of intrigue is going to be focused on New England and not the Southern Appalachians.  Areas from New York to Boston are going to get POUNDED with snow.  Check out the forecast for that area over the next few days. 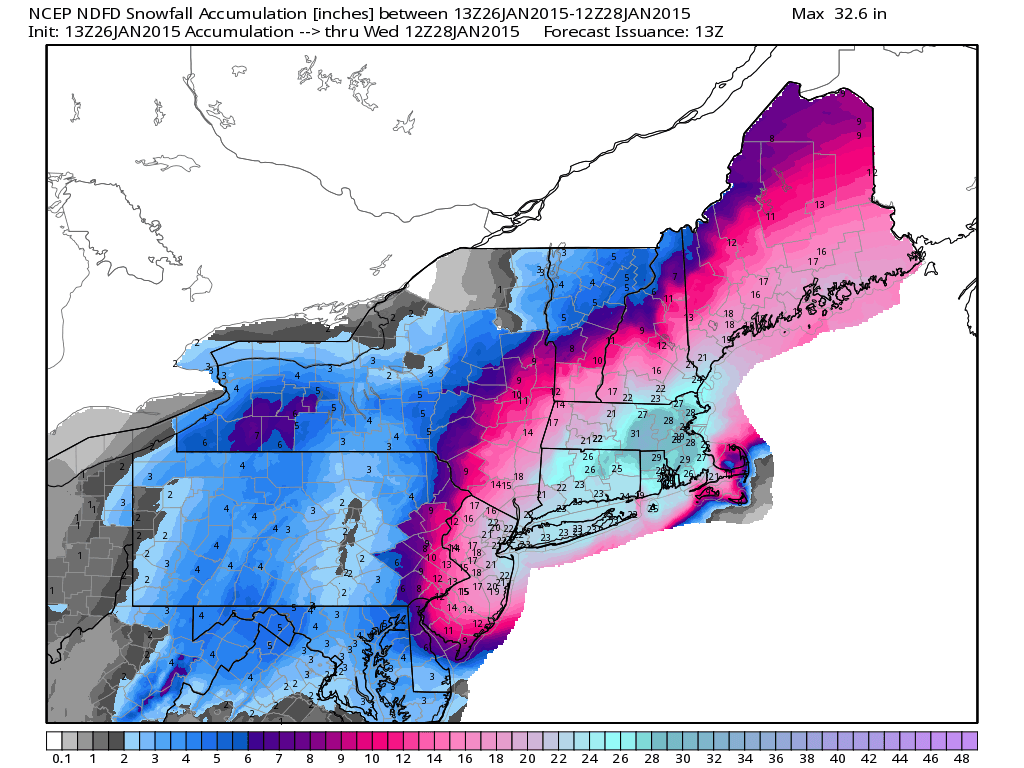 We need some of that!  Luckily, Winter Storm Juno is going to bring a little bit of that magic to the ski areas in the Southeast.  We’re already seeing snow across the region this morning and that will continue today and tomorrow.  Here are some of the 24 hour totals as of this AM.

I put a question mark beside Wolf and Cat because they are reporting natural snow, but they don’t have any numbers up on their site.  Regardless, the cam at Wolf Ridge this morning was showing some nice flakes falling from the sky.  Hard to see in the image below, so check it out HERE.

The forecast looks promising-ish over the next 36-48 hours as most everyone should see some snow.  I put the extra ish on there because it’s a relatively small snow event, but in the context of this season it looks pretty decent, especially up into northern West Virginia.  Here’s the forecast summary for each part of the region.

West Virginia/Maryland
Canaan, Snowshoe, Timberline, and Wisp will be the big winners with this storm.  The current forecast for Snowshoe is 1 to 3 inches today, 2 to 4 tonight, and 1 to 2 tomorrow with snow showers continuing tomorrow night.  Do the math and that’s a forecast of 4-9 inches.  Canaan, Timberline, and Wisp are pretty similar to that forecast while Winterplace is a little less.

Virginia
Snow showers will mainly be confined to today and tonight for Bryce, Homestead, Wintergreen, and Massanutten.  In general, it looks like an average of 2-4″ is forecasted for those guys.  The Virginia resorts are all at or almost at 100% open, so add some natural snow in there and it should be a fun few days.

North Carolina/Tennessee
Snow at the resorts in North Carolina and Ober in Tennessee will also mainly fall today and tonight only.  It looks a little less than Virginia and only in the dusting to 3″ range.  It was already snowing at Beech Mountain this morning and it looks fairly heavy.

Today and tomorrow should be pretty good wherever you go.  Bundle up though as it’ll be rather windy, especially today.  If I had to pick, I’d say hold off until tomorrow as it should be the better of the two days but will still have fresh snow.

The mini snow events continue later this week as more snow is in the forecast.  It’s only Monday though, so I’ll chat about that in the coming days.

Enjoy your Monday and don’t forget to watch Resort Cams all day.  Should be fun to watch the snow!