Here Are Some Resort Vids for Your Snowy Thursday 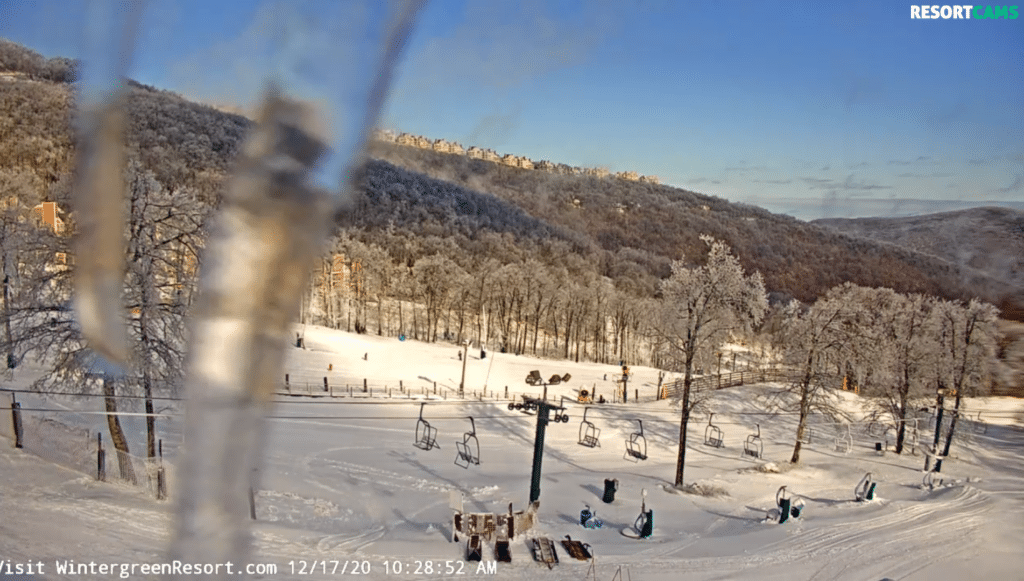 Today is a SNOW DAY in the mountains as from 2″ of snow falling across Beech and Sugar mountains in North Carolina, to 4-8″ of snowfall into the Virginia ski resorts, and from 2-6″ in West Virginia and as much as 12″ of new snow around Wisp Resort in Maryland.

The photo of the day shows the icy cold and snow from Wintergreen Resort.

…and by the way, it is still snowing across much of the Southeast and mid-Atlantic mountains. We shared a Facebook LIVE broadcast earlier this morning sharing some views and news from around the region and you guys can check out that video below:

Facebook/YouTube Note: If you guys want to interactive with SkiSoutheast, the best way to do that is via Facebook and Instagram. We have already posted more LIVE content than in any previous season and this season we have a lot more of that planned. We’ll be sure the most current news AND we will be getting back to giving away FREE VACATIONS, lift tickets, SkiSoutheast gear and more…and your best chances of winning will be to FOLLOW US and set your notifications to allow for alerts when we go LIVE.

Let’s be honest. We KNOW that the winter forecast was and still is for the 2020-2021 season to be influenced by La Niña and for the most part that USUALLY means a bit warmer and dryer for the Southeast and mid-Atlantic ski resorts. However, so far, the 2020 part of that 2020-2021 ski season has been AWESOME. We’ve seen a colder and snowier December than normal and expected. We’ve had three straight weeks of mostly cold days and nights and already from 16″ of natural snow at Beech Mountain in North Carolina, to 8.4″ at Bryce Resort in Virginia, to 29″-30″ of snow at Canaan Valley Resort, Timberline Mountain and Snowshoe Mountain in West Virginia.

The snowmaking crews across the region have (for the majority of December) been able to make snow consistently (with the exception of the Virginia mountains), but even those ski resorts are now blanketing their slopes with manmade, white-gold.

…and the forecast is for more of the same. Right now we’re looking at around-the-clock snowmaking chances for a lot of the region, and overnight snowmaking opts for every ski resort from now through the end of the year with additional chances of natural snow in the forecast for the next two weeks!

There are even VERY GOOD chances for a White Christmas!

Here are some nice video shares to keep the mojo going

Mark from Canaan Valley Resort Talks a Little About Safety this season:

A nice promo released on the 13th, promoting the resort and season passes:

Here is a nice photo capture from this morning atop Wintergreen Resort: 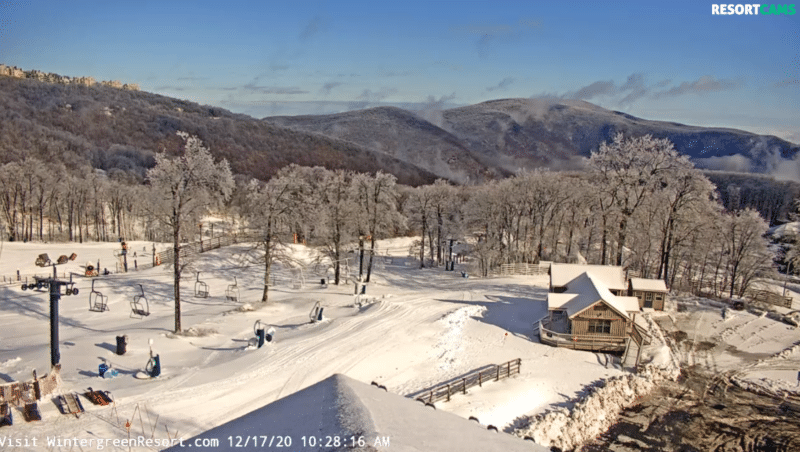