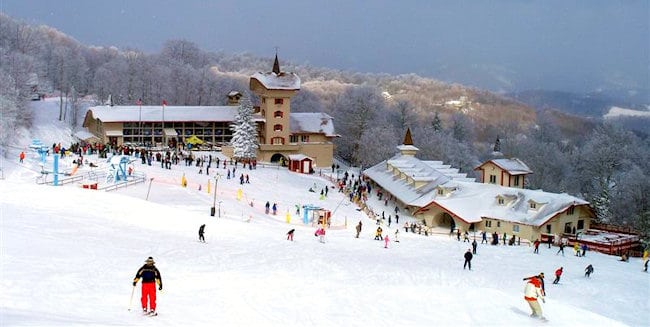 With the first two days of August each predicting snow events (y’all are counting the foggy August mornings, right?) we suspect that snow may make an early appearance this season. We can’t wait to join the folks at Beech Mountain Resort and the rest of our friends in the Southeast for a great 2018-2019 ski and snowboard season.

What can you expect from Beech this season in terms of news, upgrades, and events? 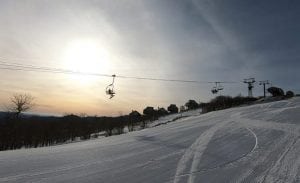 Beech is excited to announce that this season will feature a new top terminal station on Lift #1. Numerous pump hose improvements mean that snow-making is sure to go uninterrupted and will be at the highest output capacity possible.

Speaking of snow-making, Beech is excited to see our 2,500 feet of new snowmaking lines in action. Regardless of how much snow Mother Nature brings us, Beech Mountain is sure to be covered in snow.

Beech Mountain employees have been busy this off season installing 53 new Light Towers with new Slope Lights. We are very excited to see these improvements in action.

Earlier in March our own Kenny Griffin posted about the Resort’s two new chairlifts. This season, skiers and snowboarders will appreciate shorter trip times and higher travel speeds. Who wouldn’t appreciate more time on the snow?

The new quads will replace the Resort’s two main chairlifts, Lift 5 and Lift 6. Capacity for both will be increased, with Lift 5 now offering 144 chairs with a 6-1/2-minute travel time, accommodating 2,400 guests per hour. Lift 6 will now feature 106 chairs offering 6-1/2 minute travel time with the capacity of 2,00 people per hour. 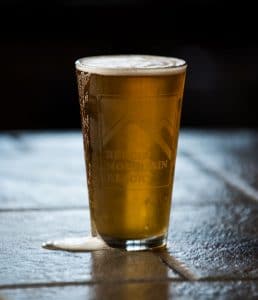 Beech Mountain Brewery: ranked #13 out of the top 50 fastest growing craft breweries in the U.S. | Image courtesy of Beech Mountain

Did you know that Beech’s own Beech Mountain Brewing was named on the Brewers Association’s list of “50 Fastest-Growing Small and Independent Craft Breweries in the U.S.”? Following this exciting news this past April, Beech Mountain Resort announced a reconfigured Taproom and Grill.

What differences can you expect from the talented group of brewers and chefs?

First, the Beech Tree Bar and Grille will be integrated into brewery operations. The newly named Beech Mountain Brewing Co. Taproom and Grill sits next door to the Brewhouse and will serve as the main taproom and restaurant.

You can also expect more outdoor seating between the two facilities, making walking back and forth easier for patrons.

The Resort has also brought in a fresh personality to the kitchen – Will Young, the new Director of Food & Beverage. Young brings over 15 years of culinary and brewing experience to the Resort and is the previous owner of Blind Squirrel Brewery.

We’ll See You on the (Beech) Mountain!

Last season was my first time visiting Beech Mountain, which I’m honestly ashamed to say since I’ve lived in the High Country for over half a decade.

My first impression? What an amazing village and amenities! I for one cannot wait to see the new features at Beech Mountain. The great folks there have been hard at work this off season to guarantee an incredible 2018-2019 season for y’all!