What the Heck Santa? 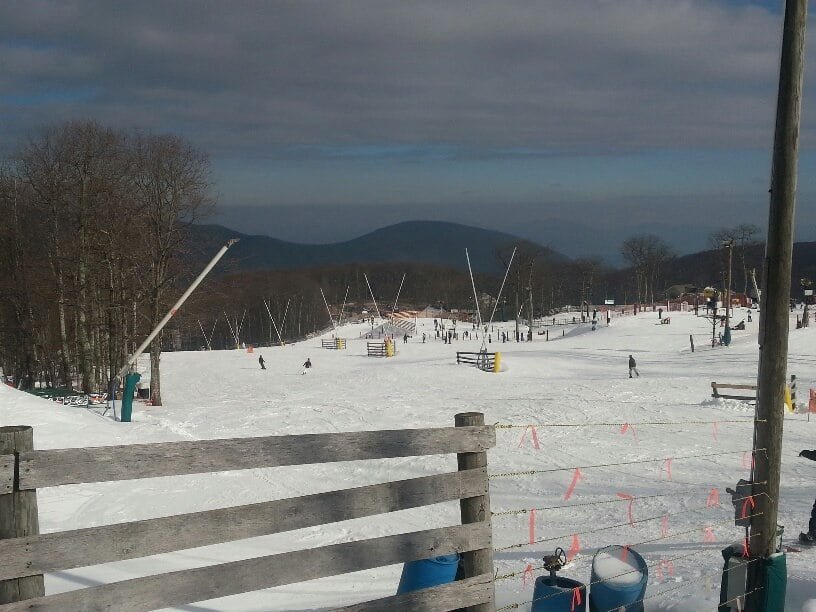 Ho ho ho.  Christmas is almost here!  I’m not very festive when it comes to the holiday.  I think I’m more excited about the fact that I get a week and a half off from work, which means plenty of snowboarding time!  Woohoo!

If you didn’t get out and ride this weekend, you missed out!  It was uber fun.  I was riding at Beech on Saturday and my buddies and I had a great time.  It was actually snowing all day while we were there and the lift lines were non-existent.  Check out the little insta-edit below made by Mike Bartlett.

My only contribution to that was the steezy cartwheel at the beginning. Ha! I guess I did do most of the filming as well. Here’s some more photos from around the region…. Wintergreen opened some more trails over the weekend and things looked good up there!

Snowshoe continued upping their open trail count as well and Silver Creek was open for the first time this year.

It was a great weekend to get out.  Good snow, decent weather, and probably the shortest lift lines you’ll see for a while.  Good times!

The title of this post, as you can see, is “What the Heck Santa?”.  I decided on that after looking at the weather forecast for the next few days.  Winter officially started yesterday but you wouldn’t believe it by looking at the forecast.  What the heck?

The next few days look…less than stellar.  We’ll go with that.  Mike did a great job over the weekend of laying out the forecast for the upcoming week.  He also let you guys know what to expect in terms of open trails.  To sum it up, snowmaking temps don’t come back until Christmas Eve for some, and the rest will see them return on Thursday.  That does mean that conditions on Christmas Day and through the weekend should be decent though.  If you have a ski vacation planned this week, don’t fret.  The first part looks a little rough but then things will vastly improve.

I believe I’m headed to northern Virginia on Thursday, so I’m really thinking of taking my girlfriend’s family to either Massanutten or Wintergreen over the weekend.  I really hoping to finally make it to Wintergreen and mark another resort in the Southeast off of my list!

If you get a chance today, check out Joe Stevens’ latest column.  It’s always a good read.  He makes a few requests to Santa.