Haters Gonna Hate. What can you do? 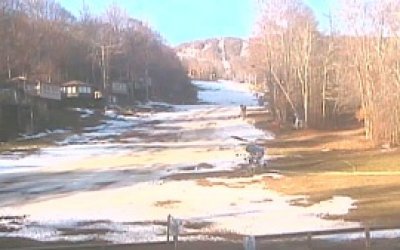 Story by Mike Doble – email me at [email protected]

Today is Saturday, November 10th and things look JUST ABOUT the way that they should for this time of the year. There’s lots of chilly nights that offer temperatures close to snowmaking capabilities and warm or mild days where you can just about feel that we’re just weeks past those summer days that we all enjoyed hiking and playing golf within. Of course we’re also only weeks PRIOR to those days that we all love when we can hit our favorite trails on either one board or two and scream down some snow covered terrain.

The only "anamolies" to the grass-covered mountains of the region are Cataloochee Ski Area in Maggie Valley and Sugar Mountain in Banner Elk, North Carolina. Both resorts remain somewhat to decently covered in a mix of leftover snow from superstorm Sandy – and some early snowmaking ops from Cat and Sugar’s talented, proactive and aggressive snow makers.

It’s only early November and I have already heard from a couple of you about how Sugar shouldn’t be open this morning. In fact several emails speculated like this one:

"Hey Doble (that’s me), can’t believe Sugar’s open today and I’m betting they won’t be Saturday. Why do they remain open with the crud on the hill? On top of that they are charging $30?!?"

I’m withholding the guy’s name because I know he actually LOVES skiing at Sugar and he’s kind of known around that mountain and I don’t want to see the guy shot on site when he shows up. Other emailed me the same sentament, but you get the drift.

Actually he would have lost that bet had I taken it because Sugar IS open and anyone on the hill today will pay $30 if they want to ski or ride all day.

Here’s my take on things. First, if I wanted to open an ice distributorship in Fairbanks, Alaska that’s my right and decision to do so. If I don’t sell much in the way of ice, then that’s a decision I’ll have to live with. 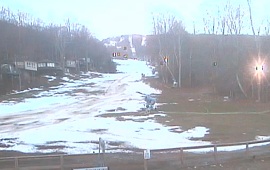 If Sugar wants to open an obstacle course of snow to traverse on their mountain, I think they should be able to do that without people being critical of that decision. As far as I know Sugar isn’t kidnapping people from the streets and forcing them to ski or ride at gunpoint. Neither are they stealing $30 from people (like some who have emailed me insinuate). Contrary to that Sugar is actually advising people on their website to check out the real time camera view at the base. They figure if people see enough snow up there to ride and they make their own decision to pay $30 and do so, then that’s their decision.

We’ll let you guys make your decisions as to whether or not to ski or ride what is available today at Cat and Sugar. Personally I think it’s pretty cool that each of those resorts have now been open since Halloween Day uninterrupted. It is pretty doubtful that either resort will make it past tomorrow but that’s okay. It was good for marketing and great for those that needed to rid themselves of some snow skiing or snowboarding Jonesing…

On the other side of the coin I’ve personally received a few emails asking things like, "When is (insert your ski area of choice here) going to make snow and get open. EVERY YEAR they seem to wait until everyone else is open to even begin making snow. No wonder they don’t sell many season passes."

First, if I ran those bad boys I’d wait until mid December every season to get open. There’s really not a lot of skier interest til then to warrant the kind of money it takes to operate a ski area until then anyway. I’d give myself a couple of weeks to build base and as long as I was fully open by Christmas I’d be happy. MANY of our ski area choose that approach and I can see the sanity in it.

So I wouldn’t get too worked up no matter which side of the fence you fall on that issue. It’s November 10th.

The forecast for the highest elevations into the next week look pretty mild with temps in the 50s and even some 60s. Tuesday through Thursday nights looks great for those ski areas that will make snow at every opportunity. Temps around 26-28° are forecasted for Sugar and Beech Mountain so you guys can tweek your favorite hills UP or DOWN accordingly. However the long range forecast looks to be about what most weather gurus advised us would happen for November. In case you guys were not paying attention, look for November to be milder than normal.

So until we get a little close to the season, enjoy your time at whatever you choose to do this weekend.