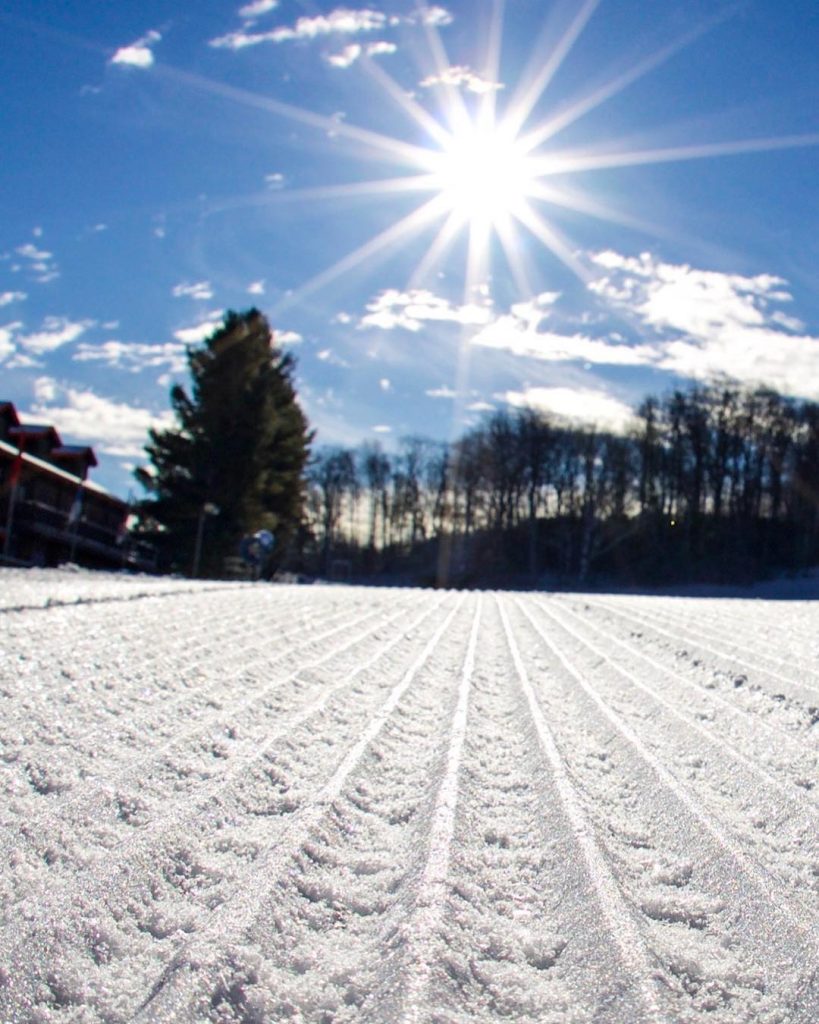 Three weeks ago was the beginning of meteorological winter, but today is the real start of winter!  At 11:28am this morning we will officially move from fall to winter and experience our shortest day of the entire year.  Let’s hope it’s a cold and snowy three months ahead of us!

The official start of winter isn’t coming in with a bang by any means, but it is certainly a little chillier across the region this morning.  The last few days have certainly been mild.  I was peeking at some Instagram stories on Tuesday and noticed that Beech posted something where it showed a temperature of 51 degrees and sunny.  That’s certainly not what we want in December, but it did look like an awesome day on the slopes.

We’re seeing a variety of temps this morning at the ski areas.  The North Carolina resorts are the “hot” spot this morning, with temperatures in the upper 30’s and low to mid 40’s.  Obviously snowmaking was a no go last night for them.  Up in West Virginia and Maryland, things are much cooler as we’re seeing a lot of readings in the 20’s.  Oddly enough, Snowshoe was actually the warmest location in that neck of the woods this AM.  It’s not too often that The Shoe, with an elevation of 4,848 feet, is that much warmer than everyone else in the state.  I don’t think they’re hurting too much though as the Shaver’s Centre cam shows a HUGE slab of snow at the top of the mountain. 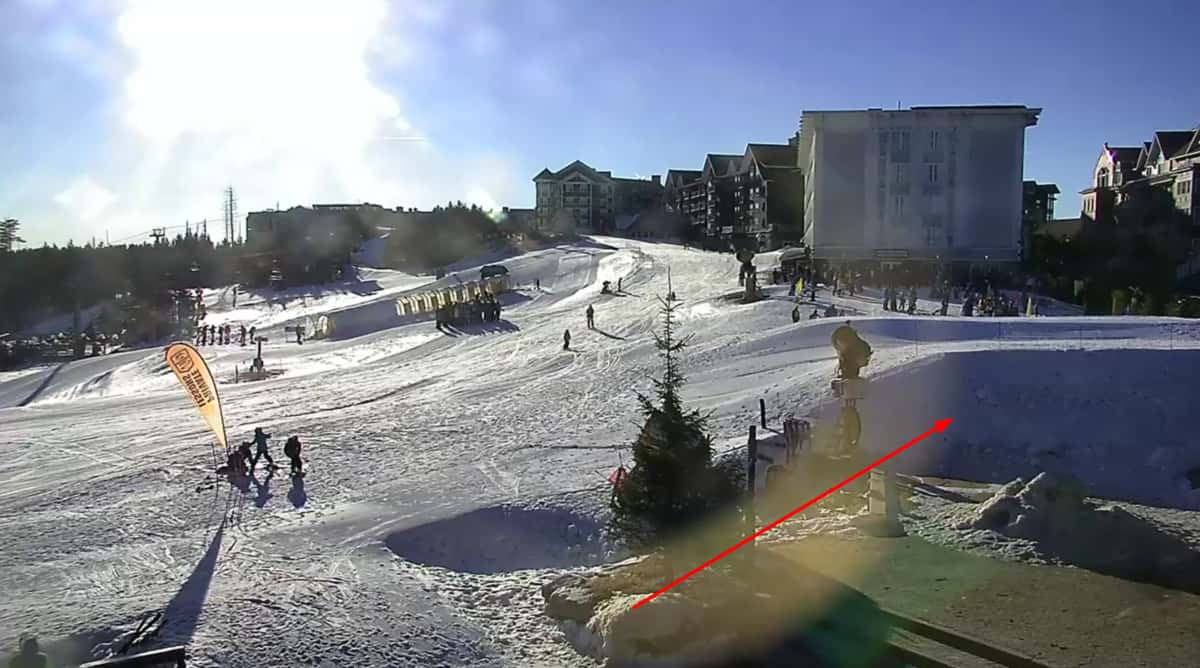 With those overnight sub-freezing temperatures, Canaan Valley and Timberline were both able to make snow and it looks like they were the only ones in WV and Maryland to do so.  In fact, it looks like Canaan was making snow during the day yesterday.  Here’s proof.

I’m diggin’ all of these video updates they have been doing this year.  Both I and Mike have commented how we wish there was more stuff like this to come out of the ski areas.

The most widespread snowmaking this morning is definitely in Virginia.  Bryce Resort, Massanutten, and Wintergreen were all able to get the snow guns going overnight.  This is definitely the best that the VA resorts have looked at this point in December in several years.  I didn’t get a screenshot fast enough as they are off now (8:55am), but I promise you they were on just a bit ago.  I can attest to the fact that it’s pretty chilly in VA right now as I drove from Charlotte to the northern section of the state last night and the car thermometer showed low to mid 30’s for most of my trip up I-81.  Also related, I hate I-81.

The forecast hasn’t changed much for the next 4 days or so.  We will unfortunately have to deal with some underdeveloped snow late tomorrow and Saturday.  Saturday looks like a good day to get some last minute Christmas shopping done to be honest.

I don’t think I’m going out on a limb here when I say that all eyes are already looking towards Monday, not just because it’ll be Christmas but because that is when our next Arctic blast arrives.  In fact, it looks like the front has sped up a bit and we’re now seeing a plunge in temperatures by Sunday night.  I’d like to go ahead and thank all of the snowmakers who will be working on Christmas Eve.

The potential is there for a white Christmas at some of the ski areas.  At the very least it looks like we have a good possibility for some natural flakes to be flying.  You can bet that there will be a ton of man-made flakes flying though as Santa will deliver around the clock snowmaking.

While the temperature forecast for next week is becoming more clear (cold), there’s still a lot to be decided in terms of natural snow.  I was looking at some of the comments on a Facebook post from Snowshoe this morning.  They were talking about the potential for a white Christmas and somebody commented that the storm for later next week looks much better.  I look at weather models on a daily basis and I knew what they were referring to.  Yesterday’s Euro model was showing a decent snow.  I decided to take a gander this morning and see what it looked like.  And womp womp, it looked completely different.  I’ve mentioned a few times recently about models flip flopping.  Here’s a great example of that.  Below is the 10 day snowfall forecast for WV and Virginia from the last two runs of the Euro.  Notice a difference?

Funny enough, the GFS is showing the opposite trend, as in it went from no snow to lots of it.  Weather prediction is hard!  Make sure you follow the right meteorologists on social media who will keep you well informed on things, like our own Brad Panovich.

Things could flip flop back and it could snow, but as I already said the consensus is that week in between Christmas and New Year’s is going to be cold at the very least.  The timing couldn’t be better as it is a very important week financially for the ski areas.  Mike highlighted this yesterday and shared some numbers and what not about some other stuff as well.  It’s a good read and if you haven’t checked it out yet, you should!

Before I go, I always like to a share a few random things that I find.  First up, Beech Mountain is giving away a mini vacation which includes lodging, lifties, rentals, etc.  Just tag three friends in the comments section of their Facebook post to enter!

Win a two-night stay at the Pinnacle Inn Resort on Beech Mountain for you and three of your best friends! Enjoy lift...

And second, here is a cool video showing a top to bottom run from Cupp Run at Snowshoe from messageboard member SnowshoeGuy.  I have got to get me a new GoPro and a gimbal.  The videos look insane!

That’s it for today.  I’ll be back tomorrow to go over a few things as we head into the holiday weekend.  Until then, enjoy your Thursday!