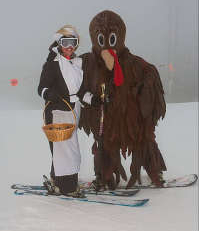 I hope everyone had a great Thanksgiving and had the chance to get on the slopes.  I'm going to cheat a bit today and wait to post today's article.  I'm hoping to get some opening picks and stories to share.  As most of you know, we have a number of resorts opening today:

I've updated the snow reports for the day, so check those out for the latest.

Today is not only Thanksgiving, it is also the first day of Hanukkah.  It is rare for the two holidays to fall on the same day and will not happen again for another 80,000 years (the more you know).  So let me start by saying to everyone – Happy Thanksgiving & Happy Hanukkah.  There is some good skiing and riding to be had out there, go enjoy!

I’ll start us off today – I am thankful for Kenny doing yesterday’s post.  He allowed me to venture up to Appalachian Ski Mountain for their opening day – and it was Awesome.  Yes, it was windy and cold but that did nothing to dampen the excitement of the most snow on opening day in your parent's memory.

The snow was coming down at a pretty good clip in Boone, NC around 8:00 AM yesterday.  Here’s what it looked like as I was making my way through town. 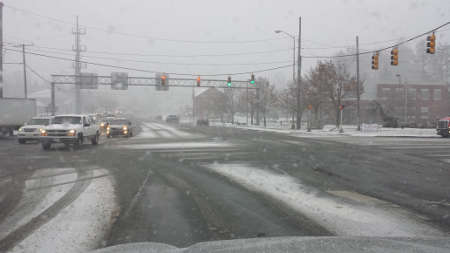 The road up to App Mtn was pretty slick and mostly untouched around 8:30 AM as I pulled off of HWY 321.  There were more than a few cars that had pulled over, or had gone over, and spots where people were just parked in the middle of the road and out of their cars talking about how slick it was.  I managed to snake my way around the makeshift parking lot, pick up a couple of people who abandoned their rides on the side and started trekking it with their gear, and make my way to the slopes.  It’s good to know that the 4WD in the Jeep still works after a summer off.  Note to self, going 4-wheeling more. 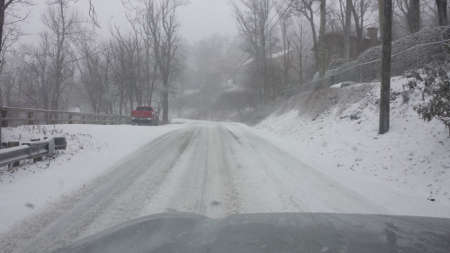 You could feel the excitement in the lodge, which was partly due to the free lift tickets for the first 100 people.  It’s hard to beat free skiing or riding – am I right?  It was the first of the year for a lot of people and they were stoked for sure.  Check out what awaited them at the top of the mountain…. 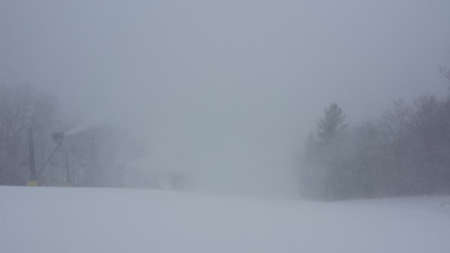 App did have the guns going yesterday to freshen things up a bit, but I was assured that the guns will be off for the day session for the remainder of the Holiday weekend.

By far the coolest part of the day at App yesterday was when I looked over to the ski school area to see a class forming up.  In the midst of the wind, cold, and blowing snow, the next generation of skiers and riders were getting their feet wet. 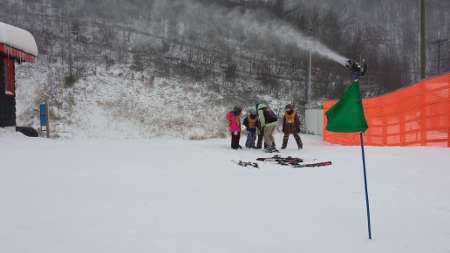 Taking a quick look at the weather this morning, it appears that you can expect sunny to partly cloudy skies.  Looks like it is going to be a good one out there today – cold again but at least the wind died down.

The other story for the day yesterday was Snowshoe opening for the season.  We’ve been watching them pump out an obscene amount of snow now for a few weeks on the cam so it had to have been pretty epic up there.  I can’t wait to make my way up to see our neighbors to the north. 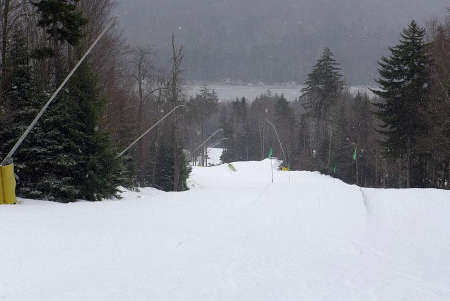 As Kenny mentioned yesterday, we have more resorts opening for the weekend – so there are some great excuses out there to miss the shopping crowds and go hang out with the cooler, prettier people on the slopes!

Have a great Thanksgiving everyone.  I have some videos to piece together from App’s opening that I will try to get up by the weekend.  Before I leave, I want to share one more pic with you.  Found this in the parking lot of App yesterday. 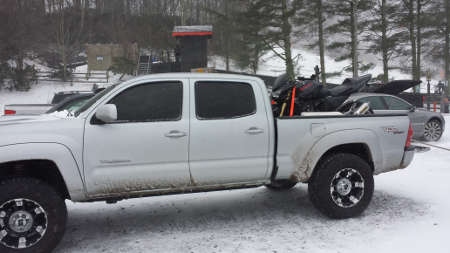 Take care and be safe!