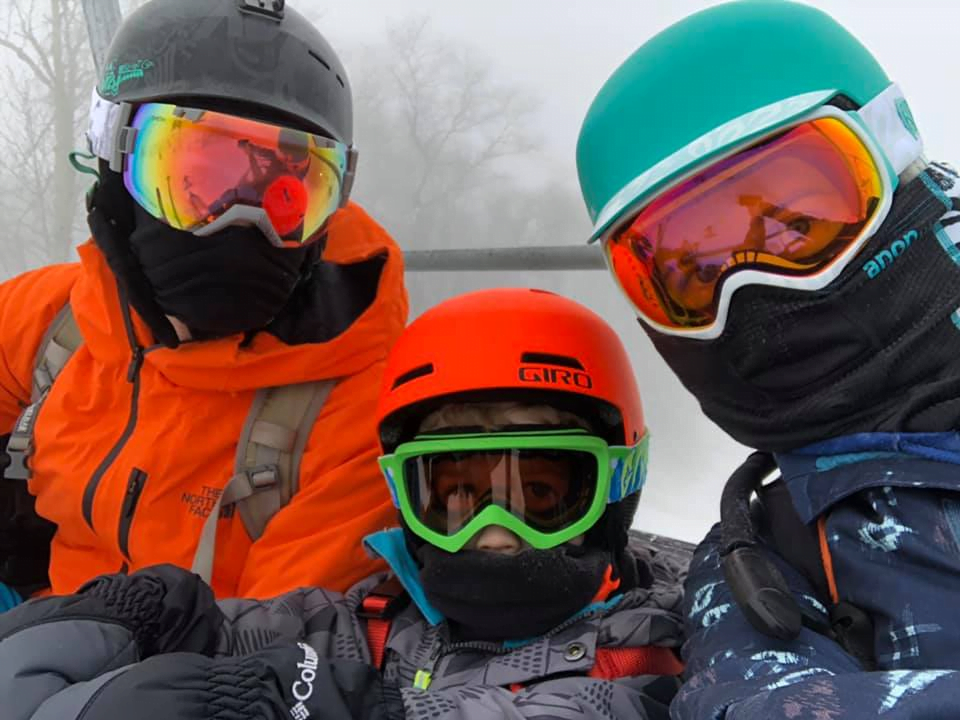 Well it is a gorgeous day in the mountains. We are seeing some snowy scenes and some sun breaking out as well. It will unquestionably be THE BEST day of the 2019-2020 ski and and snowboarding season to be on the snow in the Southeast and mid-Atlantic.

Photo of the Day (so far) is of “Mr and Mrs Clemson Keri” from the messageboard. John David Hill and his wife are longtime fans of the website and enjoyed a great day at Beech Mountain this weekend.

I have tons to share on this particular Sunday. As many of our regular readers know, Sunday is usually my day to ramble. Today will be no different, except that we have more to share than usual. So sit back and (hopefully) enjoy.

Here are some Sunday morning first track shots from Kenny Griffin who was at Beech Mountain early this morning: 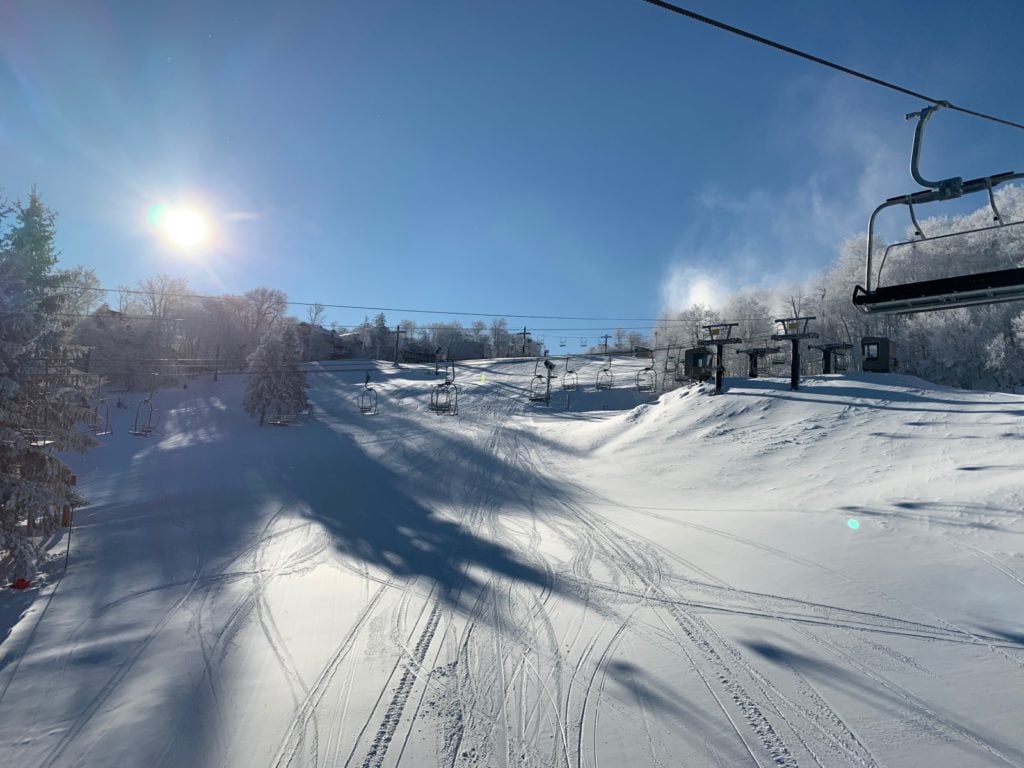 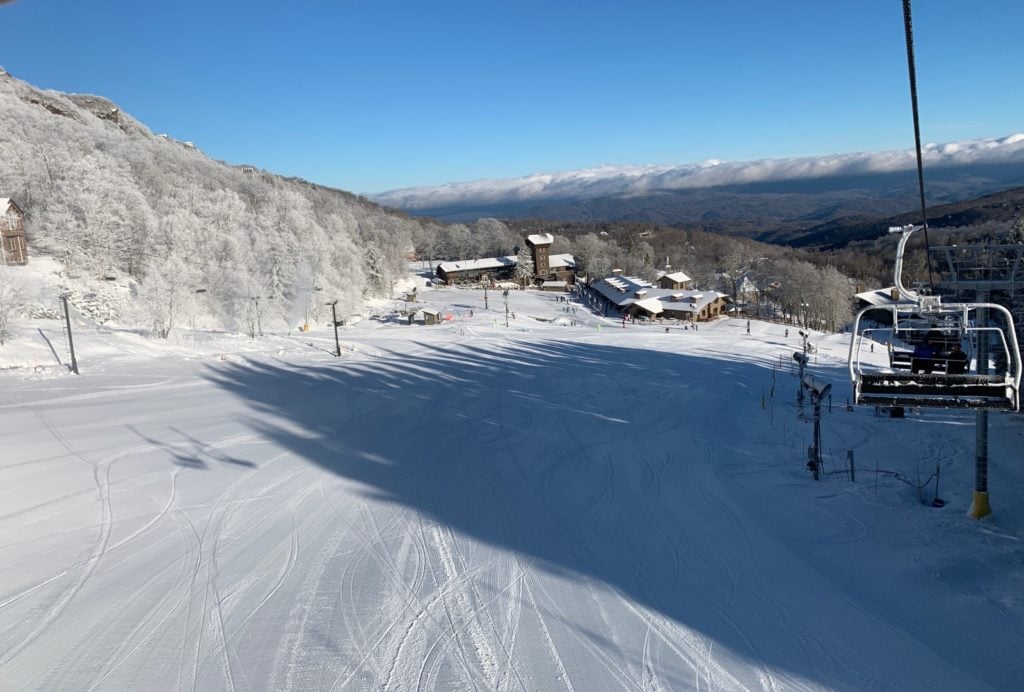 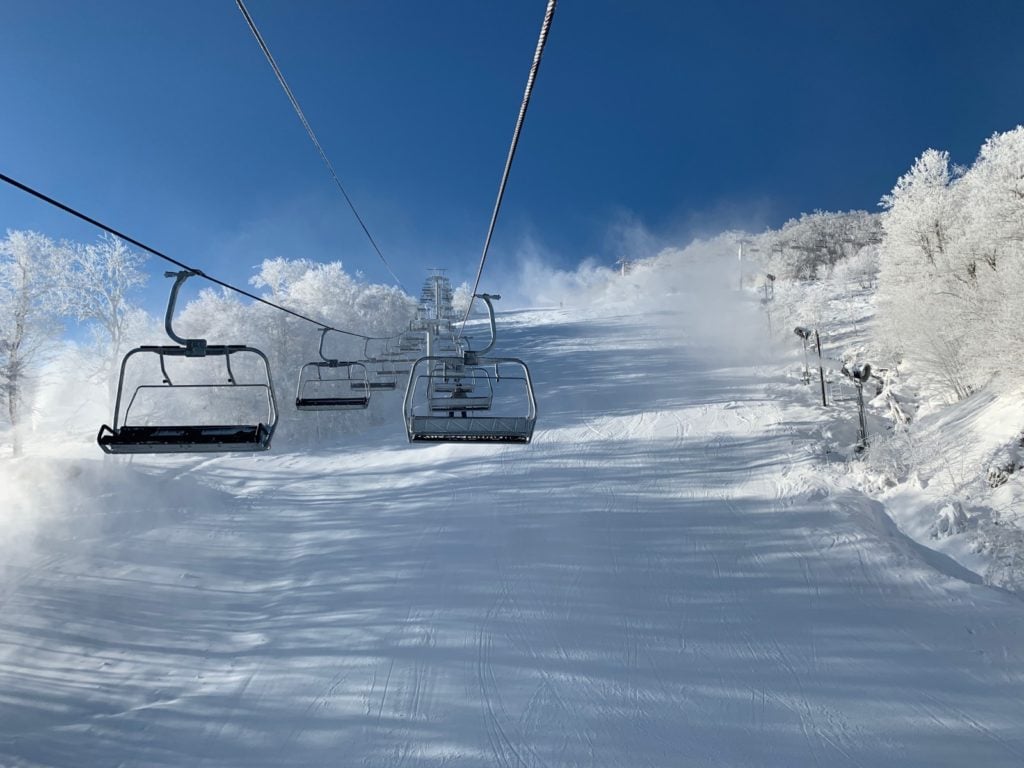 Okay, probably not, however, after watching the crew up in Punxsutawney, PA this morning, I personally think Southeast Si is a better poet! Watching the festivities up there this morning made me cringe a couple of times. First at how corny the whole thing is and how amateurish it is after 130+ years of doing it. I guess that IS part of the attraction though. I also cringed at the 1:12 mark of Punxsutawney Phil’s video as someone OBVIOUSLY didn’t want winter to be extended. (You  sometimes get that with LIVE video.)

As many of you know, Southeast Ski made HIS forecast last Sunday and you can see proof of that here

Si not only predicted six more weeks of winter, but he also predicted that Punxsutawney Phil would predict an early Spring. You can see evidence of THAT as he released this BEFORE Phil’s appearance this morning.

Then Punxsutawney Phil came out and shared his announcement:

Sunday, Should Be a SUPER KIND OF DAY!

Okay, that was an obvious segue related to today’s Super Bowl contest between the San Francisco 49ers and the Kansas City Chiefs.

Regardless of the weak literary transition, today WILL be super on the slopes. Conditions are simply the best they’ve been all season long. If you have ANY opportunity to play hooky from work and head up today or over the next couple of days – you can thank me later as it doesn’t get much better than what we’ll see on the slopes of the region today.

Be sure to check the SNOW REPORT as all the deets are there today.

I Told You Today is a Random Ramble Day…

Here is a post from Kenny Griffin at Beech this morning.

On Saturday afternoon I mentioned that it was snowing pretty good at the highest elevations of Beech Mountain and that there was easily 7″ of snow on the ground up around the Emerald Outback trails areas. It was certainly not NEARLY as much snow off of Beech, but the official reporting station up there reported 1″ of new snow in the last 24 hours atop Beech Mountain.

We received a couple of reports from around the rest of the High Country and Mount Mitchell was the big winner.

The BIG WINNER among all the resorts…

Beech Mountain Resort reported 1″ officially and now 24″ on the season.

Cataloochee Ski Area in Maggie Valley reported 1″ of snow over the last 24 hours.

Sugar is reporting 3″ in the last 24 hours and it’s been 3″ in the last 48. However this morning Beech’s website is doing the same thing. It IS 3″ from the two-to-three day storm.

According to Sugar’s website input over the last 9 days they’ve seen 16″ of snow. Yea, right. Good grief the madness continues. Anyone think Sugar has seen 37.2″ of snow this season (as they are reporting?)

Sugar’s reporting 1″ of snow from “last snowstorm dated today) but added an addition of 3″ more this morning to their inaccurate total to 37.2″ on the season. (They’ve actually had 22″.)

As a comparison, Beech’s website (even though they actually had more snow than Sugar) reported 8″ in the last seven days compared to Sugar’s false report of 16”. Heck SNOWSHOE has only seen 7″ in the last 7 days. Canaan Valley has seen 5.6″ of snow in the same period.

Like I said, the madness continues…and so we will continue to educate our readers.

Wintergreen Has Their Own Groundhog 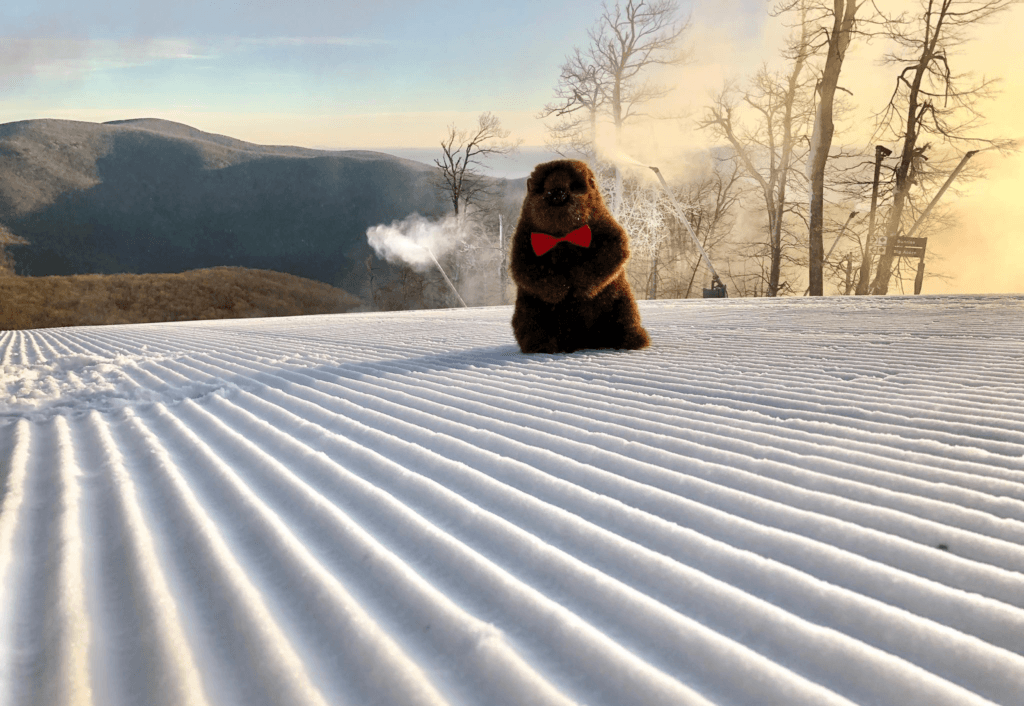 “WG WIll on some sweet Wintergreen corduroy.

Loved their Mountain Blog this morning:
It has been a great weekend so far and we plan to keep it going. Happy Groundhog’s Day! Here at Wintergreen we have our very own Groundhog who goes by the name Wintergreen Will. Will is distant cousins to Punxsutawney Phil, who this morning had some bad news for Winter lovers when he didn’t see his shadow and predicted an early Spring. Wintergreen Will woke up today and saw his shadow and has given us insider information that Winter is here and will be sticking around for a while. Will also told us that Phil is getting older and can’t be trusted but we don’t want to get in the middle of a family feud. Keep an eye on our Instagram and Facebook stories today for Wintergreen Will. He will be making his way around the resort and enjoying this beautiful ski day.