Happy Friday – The Start of a Great Weekend 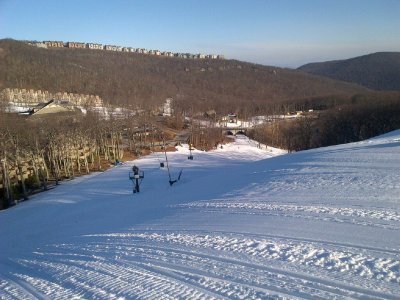 Hey all, happy Friday! Today really is the ideal wintery day, in terms of weather (what else?), at least in my opinion. I heard sounds of spring again this morning with the birds singing their songs, the sun is shining, it's just the right amount of chilly, and snow is on its way with an ETA of this afternoon. I could do without the rain that's forecasted in some areas, but as long as it doesn't last long, I'll let it do its thing.

Massanutten was the only resort that reported any new snow, and that was just a trace. The others must be holding out for today/tonight. We currently have six resorts who are operating with all of their slopes – App, Sapphire, Beech, Bryce, Mass, and Winterplace. Wintergreen, Sugar, and Cat are just one short. Ober's just two away, and Canaan has three to go. The rest have a few more, but certainly aren't lacking in open terrain.

I've said it since early this week, and I'm saying it one more time, this weekend and President's Day are going to be great days to be on the slopes. Your only question should be where to go, not whether or when. 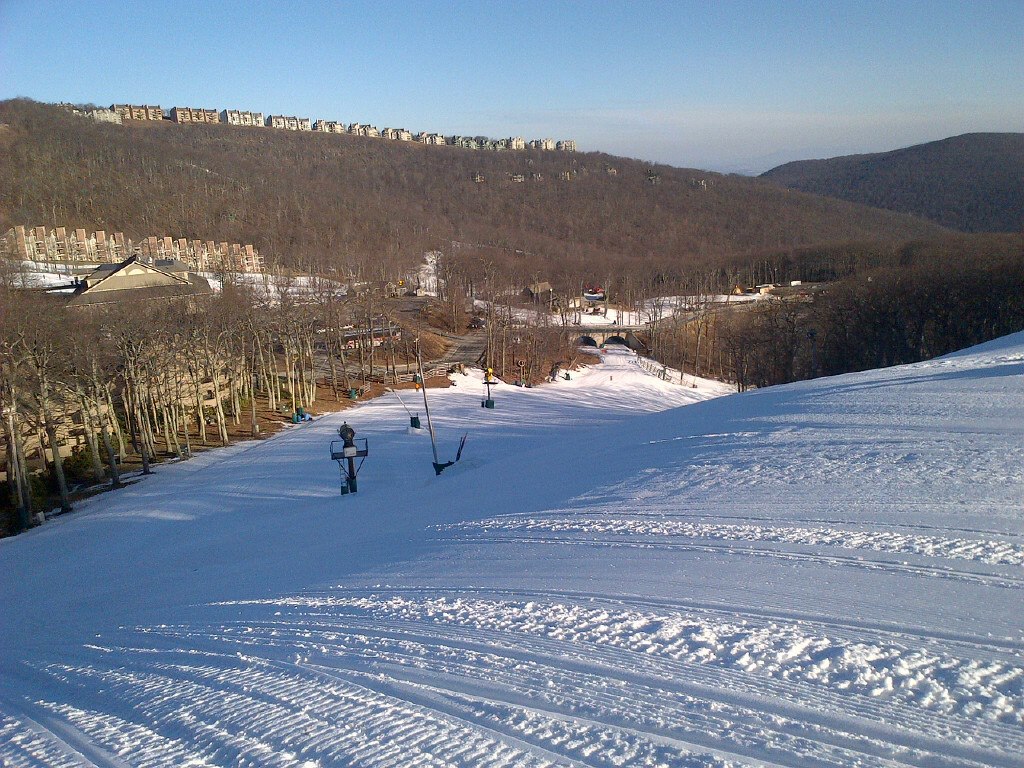 Wintergreen has the spirit (they just posted this on their Facebook page, along with the photo)– "We're getting psyched for the best Presidents Weekend EVER! We've got 25 slopes and trails open, The Plunge Tubing Park, BOTH Terrain Parks, Freestyle Ski & Board Shop demoing new equipment, kids' time at Ridgely's Fun Park, Live Music, and so much more we can't even fit it all here. And to top it all off, we're expecting a couple inches of fresh snow tonight! So start packing up your gear now and head to the Blue Ridge!" 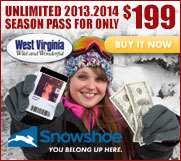 Now that we've established that everyone who has the opportunity to get out this weekend is going to 😉 we can move on. It's never too early to start planning for next season, especially if doing so will save you some cash. For those who are all about that, keep your eye out for season pass specials. For instance, Snowshoe is currently offering 2013-2014 season passes for only $199. You're probably going to want to pick up the phone right now and make that call, 1-877-441-4386.

I've already kept you waiting long enough so I'm going to stop and get this posted. We're trying to square away summit details and organize a few other announcements, so if you feel jipped with the shorter articles, just know that I'll be paying you back with bigger and better things.

Go out and enjoy the snow this weekend, and happy President's Day in advance! Email me at [email protected].