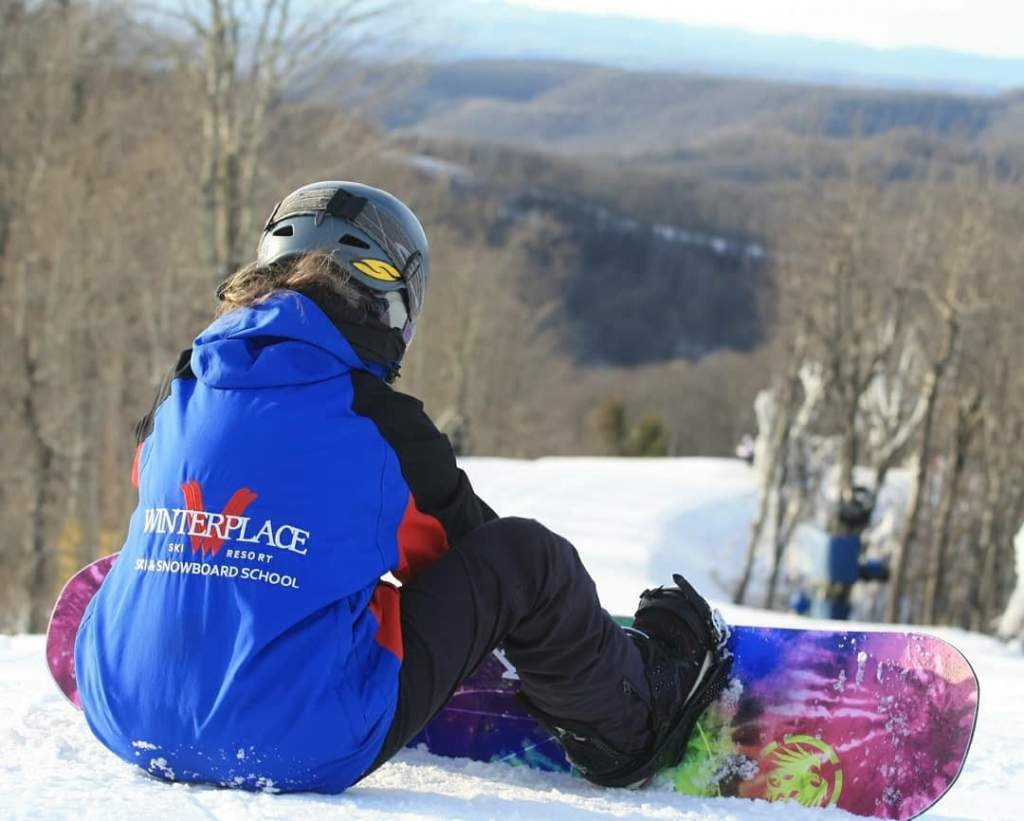 Now this is a first, scribing a column at a southeast ski resort, as this week’s column is coming to you from the cafeteria area of Winterplace Ski Resort in Ghent, West Virginia.  You may be asking why I am on the inside looking out, instead of the other way around.  Well the old factor comes into play again and I think I made one too many turns on the snowboard last weekend and yours truly’s back is on the disabled list again.

However, knowing that Mother Nature had brought winter back again, after that “blow torch” of a February, I mentioned to my son Christian, he needed to round up his buddies and I would “parent Uber” them to Winterplace for a few turns today (Sunday).  You see, Christian and his two skiing buds, Brady and Ethan are also track teammates and the true track workouts begin this week, so making turns will probably be put on the backburner until next season, so off they go, while me and my laptop keep each other company.

It was only two columns ago I that was indicating that it was probably time to pull the plug on the 2017 – 2018 season.  It just wasn’t very pretty out there, as one resort official told me, “There are a lot of uglies out there.”   I just didn’t think that there would still be more than a handful of ski resorts open when we hit the middle of March.  But low and behold, that’s where we are right now as there are resorts open in Maryland, West Virginia, Virginia and North Carolina.  Not only are they open, but all are open with a quality product for every skier and snowboarder to enjoy.

Let’s be clear, I have seen conditions in March during my tenure in the industry to be the best of the season.  That is not the case this year, but if a skier or snowboarder was looking to get a couple more turns in, before hanging the equipment up for the season, the time is good right now to do so.  Not only are the conditions on the north side of being good, all of the resorts have reduced their lift ticket prices, making it even better to get those final runs in, before the close rope is put up for the last time.

I just had the opportunity to do a short sit-down with Terry Pfeiffer, President of Winterplace and Tom Wagner, Executive Vice-President of Winterplace.  The unplanned half hour chat came about truly by accident, as Terry came walking through the cafeteria area, picking up trash and trays on his journey and noticed me and my trusty laptop and sat down to find out why I was inside and not outside.  Heck, you know that story already, so no need to get into that again.  Not a minute after Terry parked at my table, that Tom came strolling by and stopped also.

That is what I like about the snow sports industry in the southeast, the higher ups at every resort are not afraid of getting their hands dirty.  It’s not uncommon to see the same thing I saw today at Winterplace also taking place at Appalachian or Massanutten or Timberline Four Seasons Resort, I mean it’s contagious. It’s one of those little things that separates out this region from the rest of the industry’s regions.  Isn’t it always the little things that do it?

Now back to that sit down with Terry and Tom, that took place on a quietish March day at Winterplace.  The conversation centered around their decision to push forward with the season, when it looked like the season was going to come to a screeching halt, as the non-winter like conditions last month, just about washed away all of the snow that was stockpiled on the various slopes.  After checking out the advanced forecast, Terry and Tom decided to provide some “bonus days” of fun on the slopes, fired up the guns when the temperature dropped below freezing and now they plan to offer skiing and snowboarding until March 18th.  Knowing these two guys, there may be bonus days, beyond bonus days, so stay tuned and watch those resort cams to check out the conditions.

We also chatted about Snowshoe Mountain’s announcement of an influx of $4 million into the Pocahontas County’s snowmaking system.  Terry was first to say that when a resort puts that much capital into their infrastructure, it brings attention to the entire industry in the southeast.  All three of us agreed that it just shows the commitment to snowmaking that exists in the southeast.  Hey, it’s the main region why there is skiing in the region and no other region does it better.

There was also discussion on how to continue to get young people into the sport and have fun being outdoors in the winter.  Again, the three of us agree that price point is the key to maintaining growth.  Let us not forget, this is a for profit industry, so there is always going to be a price of doing business.  But it was agreed that bundling group trips, for schools and organizations have helped them to introduce more young people into the sport. Sometimes I think the resorts out west should send the resorts in the southeast a thank you card for working so hard to get people to try the sport.

So again, there are still a few resorts hanging in there this season and not just hanging in there with marginal conditions, but conditions that warrant to final turns of the season.  In fact, I was told by officials at Snowshoe Mountain they are planning to stay open through April 1, and that’s no April Fool’s joke.