The Groundhog Is Making it Winter 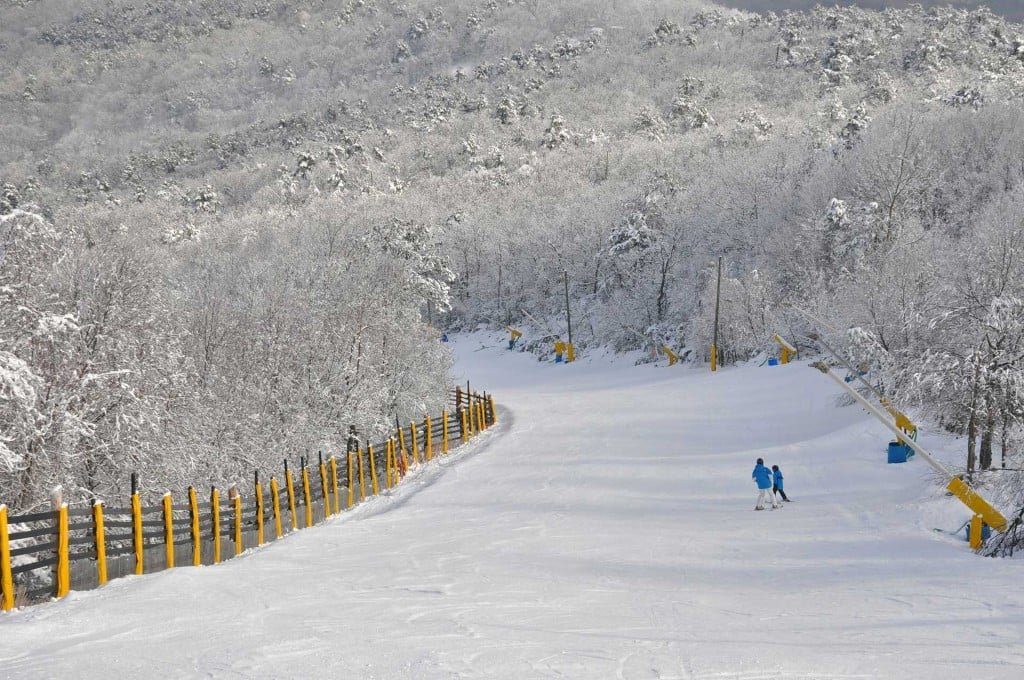 Welp, it’s official.  Punxsutawney Phil has spoken.  There will be 6 more weeks of winter.  Ha.  Just kidding.  He did actually see his shadow and has thus forecasted another month and a half of winter, but you should only take that projection with a grain of salt.  I guess I’ll take any good omen though as I’m hoping more natural snow falls in the next two months.

We’re into February now, and as Mike mentioned yesterday there’s realistically only about 6 weeks left in the season for most of the ski areas.  Whaaaaaa.  Where is the time going?  This is right in the heart of the peak time for traffic at the resorts and it definitely showed on Saturday.  I heard Sugar was having to turn people away at the entrance because there were too many people on the mountain already.  Beech was having people park up near City Hall which is just insane.  I’m glad I was able to get out and ride on Friday at Sugar before the crowds showed up.  Lift lines weren’t bad at all and the snow was great!  There was a nice layer on fluff on top.  Here’s a couple Instagram clips I shot out there.

More fun from @skisugar this morning.

@skisugar is fun this morning! Nice layer of fluff to spray around.

While the weather cooperated for the most part over the weekend, there was a little underdeveloped snow at the tail end of it.  Luckily, it has already started to transition over to snow this AM.  Canaan, Timberline, and Snowshoe area all reporting a few inches of snow this morning with more on the way.  Messageboard member Kelly Kraft sent me an email this morning from Canaan.

Kenny just a heads up if you are writing first tracks. I am here at CVR and it is indeed snowing pretty good right now and it is 100% snow. we got a little sleet last night but its all powder now.

I’ve also seen a few flakes on some of the streaming cams in the NC High Country as well and even had a report of snow as far south as Ober Gatlinburg in Tennessee.

This is going to be yet another mini-snow event.  It seems like we’ve been getting a ton of these lately.  Below is the snow totals forecast for the next 24 hours.  As you can see, northern West Virginia will see the bulk of the snow and even then it won’t be huge amounts but it should still be uber fun tomorrow.

In general, the upcoming week looks pretty similar to the last few.  Colder temperatures with a couple of small snow events.  Not too shabby.  All of the ski areas are in great shape now and the weather will allow that to continue this week.  Woo!

– I’m not sure if Mike mentioned this or not, but Cataloochee is now 100% open.  Looks like they got Wild Cat Glade open over the weekend and are now open on 18 out of 18 trails.

– Just a heads up if you are heading to Beech…the Quad is currently closed.  No timetable on a re-opening but I’ll let you guys know when it does open back up.

– What the heck was Pete Carroll thinking?  And Nationwide?  That was easily the worst commercial of the Super Bowl.  I think the avocado one was my favorite.