WOW, what another great weekend to be a Southeast and Mid-Atlantic skier and rider!  We went into the weekend with great conditions and things just went up from there.  We saw the resorts put down a bunch of snow, open up tubing, as well as new riding terrain over the weekend.

A lot has transpired just since our last update.  Snowshoe opened up 2 additional trails which brings their skiable acres up 9 to 110.  Camp 99 is one of those new open runs which brings them up to two black diamonds – Grabhammer is the other. 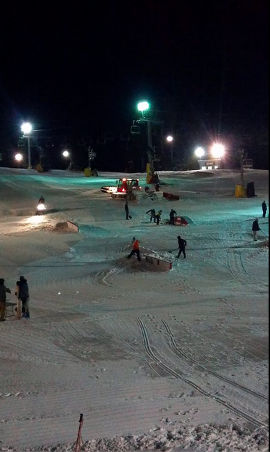 Snowshoe also opened Silver Creek over the weekend and they have 5 runs and 2 terrain parks for your entertainment.

Cataloochee Ski Area is open to the top with Upper Omigosh.  They have also put down a buch of snow with a 26-46" base.  Cataloochee had a big weekend with their rail jam and first ever ski and snowboard swap.

Appalachian, Beech, and Sugar Mountains all saw snow flurries over the weekend, including last night.  Plus, in the past 24 hours App was able to lay down 2” on their own, Beech 4”, and Sugar 3”.  Beech is looking particularly good this morning.  Don't forget to venture to the right edge of Shawneehaw – the best skiing last time I was there a couple days ago. 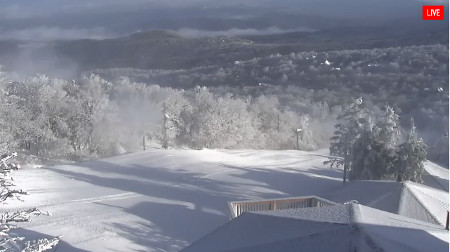 There was plenty of love to go around for everyone.

Wisp opened 3 additional trails and Timberline opened 5 trails plus upped their base by 5 inches.  Wintergreen opened the Highlands, tubing, and did some sprucing up to the terrain park. 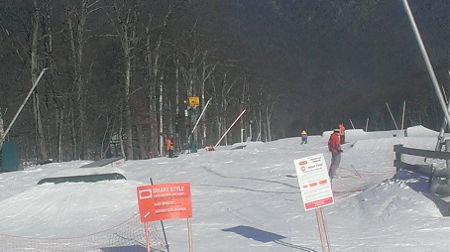 This week promises to be a continuation with mostly clear skies, cool temps, and snow for the northern and higher elevation resorts.

Did you guys catch the first slopestyle skiing and snowboarding Olympic qualifier yesterday at Breckenridge?  I think there might have been some football on somewhere too, but still…  We are 53 days away from a one in four years event that puts our sport at the top of everyone’s mind.  We should be very excited by this.

Besides, it is just amazing what these kids are doing nowadays.  Why, I can remember back in my day at Appalachian Ski Mountain getting kicked off the slopes (many times) for doing a 360 – we called them helicopters back then – a 720 was a whirlybird.  No special terrain parks or crazy stuff like that.  It was a bit of a cat and mouse game with the patrollers and towards the end of the day we’d get a little more blatant about it.  And don’t even think about snowboarding.

OK, enough  of that.  It is going to be a fabulous couple/fews days at least.  Get out there and enjoy these conditions before the crowds start popping up!

Before I go – We just got in a new Snow News is Good News report from Joe Stevens.  Be sure to check that out!