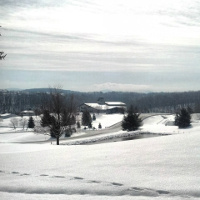 I felt like a Kmart commercial writing the headline today, but it is true.  March is here and like it or not it marks the beginning of the end.  But, it also marks the beginning of the spring discounts at the resorts as they attempt to milk every day for all it is worth.  These past 2 seasons, this and the last, we have been spoiled a bit by some decent [to great last year] March storms that have dropped fresh snow on the slopes.  These storms leave the resorts in peak, mid-season condition.  However, this time of year we get to enjoy those mid-season like conditions much cheaper than we could back then.

So, I thought I would take a stab today at reviewing the slope’s offers and enticements to get us to ski and ride the mountain.

Let’s start with Beech, shall we?  On Monday, Beech started their Spring Fever Blowout where lift tickets are weekday prices every day.  That means you can hit the mountain this weekend for $35 for a day pass instead of $63.  Beech received 2” of snow yesterday and the daily highs for the foreseeable future will be in the 40’s-50’s with a chance for a wintery mix on Friday.

You can now get a pass for the remainder of the season at Appalachian Ski Mountain for $75.   An 8 hour weekend ticket at App is $57 and a full day is $66.  So for less than a single weekend on the slopes, you can have a pass that lets you come for the remaining 2 weekends free, not to mention weekday sneak aways.  Appalachian is expecting to close Sunday, March 23rd.

March Madness rates are in affect at Sugar Mountain as of Monday.  Tickets, rentals, and lessons are 25% off.  Sugar is operating at 100% right now and received a fresh inch of snow this week.  Their foreseeable forecast calls for 40’s to 50’s for highs under mostly sunny skies with a chance for a wintery mix on Friday.

Starting this Saturday (March 8th), Wintergreen will start selling lift tickets at a 20% discount.  Wintergreen received at least 5” of snow this week and is operating on 25 of 26 runs on a packed powder surface.  The terrain parks are open with a full list of elements and the outer limit is bumping up.  Kinda feels like we’re taking advantage of them a little bit.  Their long-term looks good with highs in the 50’s and 60’s and a slight chance for a wintery mix on Friday. 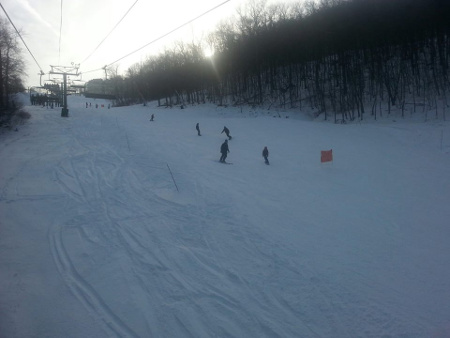 Ober has their annual winter season celebration on Sunday March 9th.  They have a whole slew of events, too many to name here, but they include a giant slalom race, big air contest, and pond skimming. 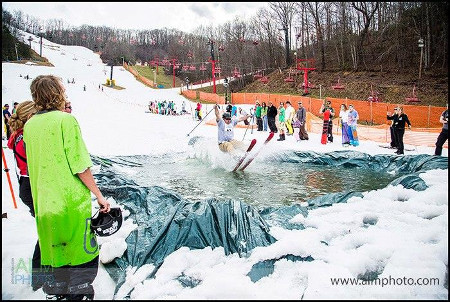 Take a look at our events pages for more details. 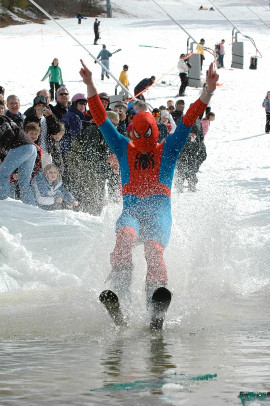 Winterplace wants to give away another pair of Rossignal skis and a board.  On Saturday they will have another head to head race.  Winterplace received 4” of fresh snow this week with temps in the 40’s and 50’s for the foreseeable future under sunny skies.

Bryce is having their Winterfest on Saturday, March 8th.   Start with a pancake breakfast from 8-10am and then refresh yourself as needed with the available on the slopes food and drink.  The big event, the pond skim, starts at 2pm.

This is a big one at Snowshoe.  There’s a free concert by O.A.R. Saturday night in the village, a Mardi Gras themed party (don’t forget the beads and camera!), scavenger hunt, seafood boil, rail jam, and a mask party.  There’s a lot of no good happening up there starting tomorrow and going straight through to Sunday.

We have lots to look forward to not just this weekend but for the remainder of the season.  Enjoy it while you still can.