The 2012 ski season has had a challenging start for the West Virginia Ski Industry with early on mild weather conditions but the situation has picked up recently due to the true winter weather conditions that have brought natural snow and much needed cold temperatures for snowmaking purposes. 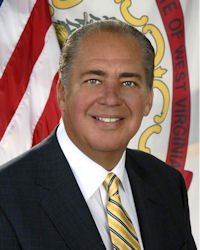 Nationally, the industry has declared January as Learn To Ski and Snowboard Month and the West Virginia Resorts, thanks to Governor Earl Ray Tomblin, have joined in on the month long event.

From his office on Tuesday he will be proclaiming that January is officially Learn To Ski and Snowboard Month in West Virginia. West Virginia Ski Resorts are coming off a very strong Martin Luther King Holiday weekend, helping the resorts recover some from the delayed openings. The national promotion is designed to attract new skiers and snowboarders into a sport which will help the state’s resorts grow.

All of the West Virginia Ski Industry along with state tourism officials will be on hand for the event and will be available for interviews after the news conference.

Any questions as it pertains to the event and media coverage should be directed to Joe Stevens at 304-382-1133 (C).