A Good Way to Start the Week 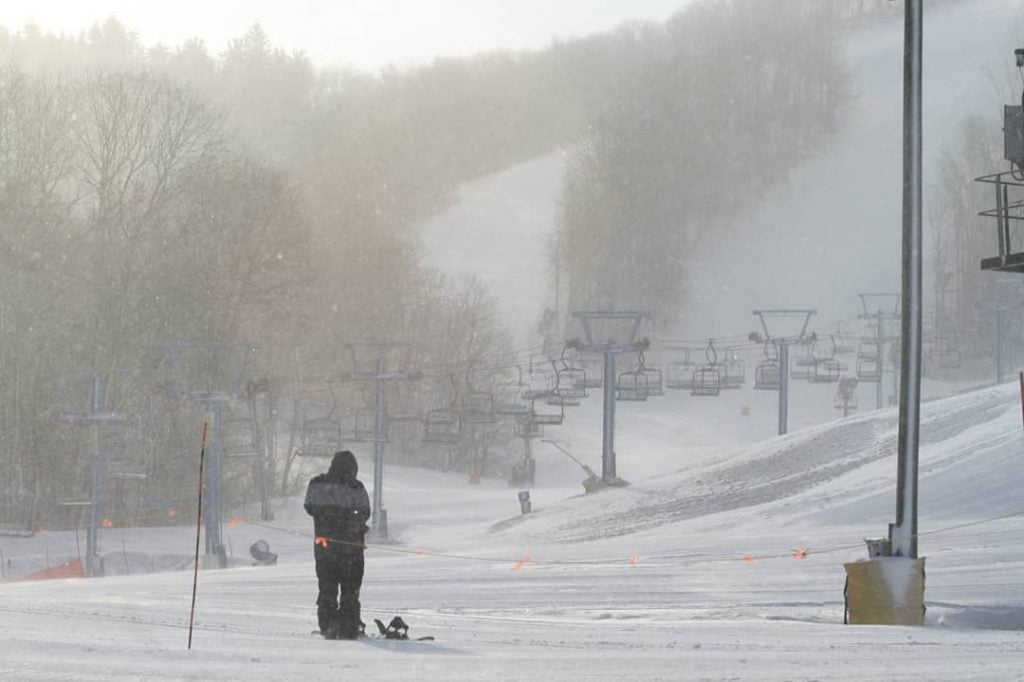 Mike used the phrase “mixed bag” yesterday morning to describe the weather and that was spot on.  It’s been a wild 72 hours across the region as we’ve seen snow, bluebird conditions, more snow, rain, and then another dose of snow.  Such is winter weather here in the Southeast.

The weekend certainly started off on a high note as the snowfall on Friday gave way to a nice Saturday.  I can’t speak for other portions of the region, but the North Carolina High Country saw a picture perfect day with bluebird conditions and temperatures that were just warm enough to stay comfortable but cold enough to keep the snow in great shape.  I rode at Appalachian Ski Mountain and couldn’t have asked for a better day.  Below are some photos I snapped as well as a goofy little edit I made. 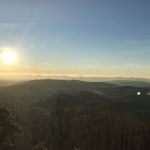 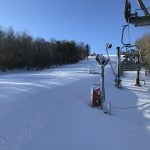 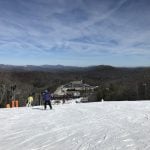 More snow moved in Saturday night but for most resorts the excitement was short lived as it turned to plain old rain during the day on Sunday.  I say most resorts because the ski areas in the northern portion of the region (Snowshoe, Canaan, Timberline, and Wisp) were lucky enough to see colder temps that kept the precip as all snow.  It snowed 7 inches at Snowshoe during the day yesterday.  Yowza!  They’ve added an additional 2 inches of snow overnight to bring them to 9 inches total in the past 24 hours.  It was still snowing a bit up there this morning.

Canaan and Timberline come in second with 6.2″ of snow in the past 24 hours.  Justin Harris did his usual snow report on the mountain yesterday and you can see the flakes flying.

Wisp Resort was next up as they are reporting 4″ of new snow in the past 24 hours.  They too were still seeing some flakes falling this morning up there.  Looks like a winter wonderland up there!

While the remaining resorts saw the snow change to rain yesterday, many of them also saw it change back to snow overnight.  A look at the snow report page shows some light totals in North Carolina this morning.  A dusting to an inch for the majority of NC ski areas is nothing to get too crazy excited about, but it’s a good way to start the week at least.  Winterplace is also reporting an inch of new snow this morning while The Omni Homestead in Virginia also saw a couple inches.

As I mentioned, it’s been an exciting 72 hours for the region as a whole.  Natural snow for a majority of resorts and snowmaking for everyone has continued the theme of an above average winter.  We’re in the midst of peak season right now as trail counts and base depths are way up there.  I’ll probably do a rundown of those numbers tomorrow.  They’re real good though.

As for the week ahead, it’s going to be another roller coaster ride.  We’ve got snowmaking, light snow, rain, and sun all in the forecast.  Mother Nature is definitely keeping things interesting.  I’ll keep you all updated throughout the week so make sure to check back each morning!

Previous Post
JUST DEAL WITH IT, FOLKS
Next Post
Ski Southeast Forecast for 2/5/2018: Mid week storm but then some rain.