Going to be a Great Weekend on the Slopes 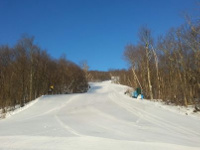 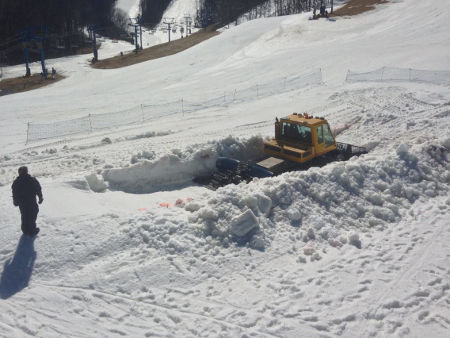 Wintergreen in Virginia has revised their extended season schedule (again).  They are now going 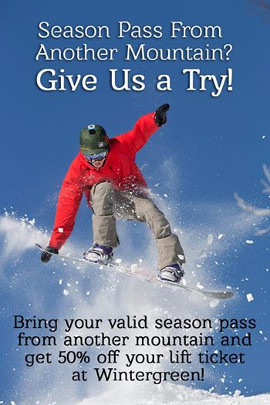 to stay open daily through Sunday, March 30th.  Wintergreen is also doing an awesome "Give Us a Try" promotion where you’ll get 50% off a lift ticket when you show your season pass from any other mountain!  I was fortunate enough to make it up to Wintergreen back in February and had a blast.  That is such a fun place.  If you are able to make it yourself, I highly recommend heading over to the Acorn lift and trying out Tyro.  It is not only a terrific run, but the longest blue in the area.  Wintergreen has 25 of their 26 runs open and great snow coverage with 30-50”.

With all the happenings and last weekends going on, its hard to believe that this is not the biggest news right now.  We have a really good chance for more snow next week!  This is a season for the record books and it’s turning out to be one of those skip spring all together and just go directly to summer types of year.  While it’s still too early to know for sure what is going to happen, our good buddy Brad Panovich, weatherman out of Charlotte, NC, has run a couple models. 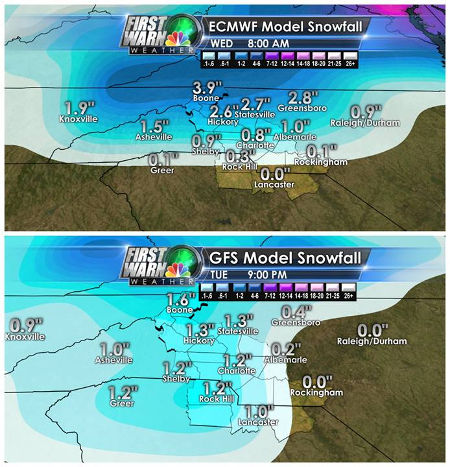 While the models do not agree on the accumulation, anywhere from 1.6" – 3.9” in the North Carolina High Country, they both agree that snow is on the way.

One of the other prominent area weather guys, Dr. Ray Russell with raysweather.com, is also looking ahead and here’s a snapshot of his prediction. 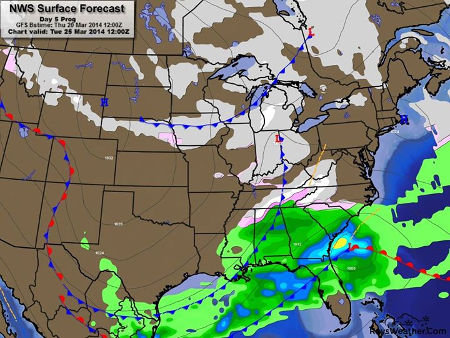 So, it’s not a question of IF we’ll get snow, but HOW MUCH!

I’m getting emails daily from readers who are putting together last minute trips and asking me where to go.  And to be honest, I’m having a pretty hard time making suggestions right now.  Because just about no matter where you end up, if the mountain is open you’re in for a treat.  It’s been a long time since we’ve seen a season like this!  I mentioned in a prior post that many of our member resorts are seeing the most snow in 8 years.  It’s not surprising then that many resorts are breaking their own records for number of days open this season – and we keep getting extended season announcements daily!  So, if you’re on the fence about heading up for a last minute, late season, trip – fear not.  Pack the car and kids – you’re virtually guaranteed to have a blast!

Previous Post
Getting Ready for the some pond skimming @ Winterplace
Next Post
Lots Of Fun To Be Had At The Resorts This Weekend!