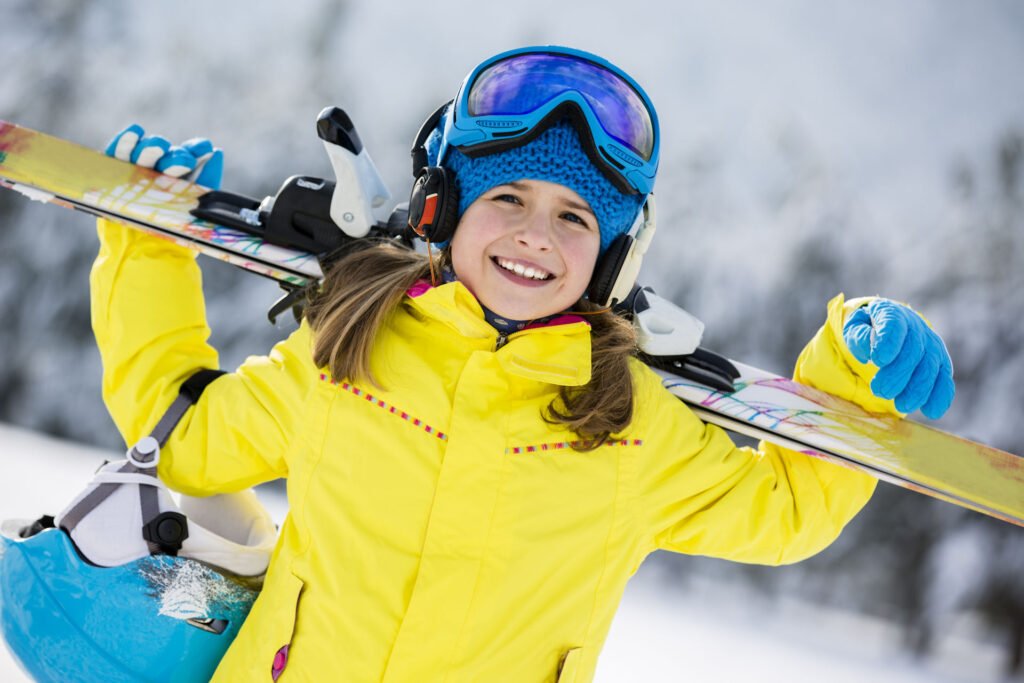 The last time I was out on the slopes (this past Friday at Winterplace), I looked around and noticed a couple of things that stood out to me this season.

First, for some reason, I am seeing a lot more people ignoring safety issues and it seems less people are wearing helmets these days. With that said, that will be a topic for another column, another week.

In the meantime, I also noticed that the average age of a skier or snowboarder continues to climb. Hey, it is great that folks stay in the sport we all love, but the time is now to begin to groom those new skiers and snowboarders and introduce them to the sport.

I am referring mostly to the Pre K to high school age, young folks. You know, the ones we will give a hard time to while they are on the slopes, because they just aren’t doing it the way that us old timers think it should be occurring. You know the, “Don’t walk on my grass” attitude.

Without efforts now (by the ski industry) to get young people into the sport, we will begin seeing less visitors buying lift tickets and the trickle-down effect will be that we will see less improvements to the infrastructure at your favorite resort.

I am not saying the industry is going to go by the way of the Dodo bird, but without input, there is no output, so to speak.

Back in the late eighties and early nineties, when snowboarding came onto the scene (Thanks Jake, RIP), the median age on the slopes did drop as young people flocked to using only one piece of equipment to have fun on the slopes. I mean, hey it was like skateboarding or surfing on the slopes.

We saw numbers reflect an even stronger climb when ski resorts started to build areas just for those boarders to keep them corralled in and not get in the way of the skiers, who as you may remember were screaming to heaven above that snowboarders needed to be banned from “their” slopes.

Then lo and behold some of those same skiers found out just how much fun playing in a snowboard park could be and started to join in, attempting to conquer man made features like rails, tabletops, and maybe, even a old Volkswagen or two.

This saga of ski industry history reminds me when Bob Dylan decided to start using an electric guitar and many followers of his folksy style of playing said they were done with him. Well, the last time I checked, Mr. Dylan is still touring with both an acoustic and electric guitar. Also, the last time I checked, he was one of the early members inducted into the Rock and Roll Hall of Fame.

I guess the moral to that story is – change is sometimes good and can cause growth with things we love. That can be the type of music we love or how we enjoy our favorite pastime. Hey, I am still not a big fan of metal bats, but I have learned to accept the fact that it has helped keep the sport moving forward for young people.

Now let’s get back to this week’s column topic and that’s how and what can the industry do to get more young people involved in the sport? 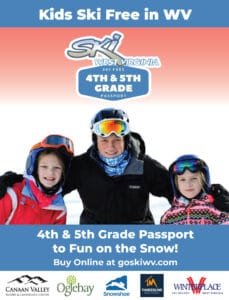 The association members each year offer a program that will allow any child in the 4th or 5th grade to ski or snowboard for free. There is an administrative cost of $40 associated with each passport. All of West Virginia’s ski areas, Canaan Valley, Oglebay, Snowshoe, Timberline and Winterplace accept the association’s Ski Free 4th and 5th Grade Passport Program.

The Passport may be used to obtain up to three (3) Junior lift tickets at participating resorts during the season and one rental. Resort benefits are determined by each ski resort.

It was determined that if the resorts could assist mom and dad with the cost of getting their young person on the slopes, it would be a good way of getting them involved in the outdoor activity.

Is it working? It seems to be, because for the current season, the program sold out at 600 passports by December 30. That is 7800 opportunities of getting a young person on the slopes at a resort in West Virginia.

Another tried and true program is those middle and high school trips to the slopes as a group.

I get to see that type of exposure first hand as I am an adult (some might disagree with that thought) volunteer for Nitro High School’s Ski Club. For four consecutive Friday nights in January and February a bus load of high schoolers head to the slopes at Winterplace Ski Resort. This year of the 38 students in the club, 22 are first time skiers or snowboarders.

Tom Wagner of Winterplace, who oversees the program, that involves a number of schools throughout the region, says the program saw a drop during the COVID seasons, but has rebounded this year, with nearly 500 students participating.

Then there’s the folks at Cataloochee in North Carolina, with what Chris Bates at the resort describes to me as a progression program, six to eight weeks in length that provides an entry point into the sport for the entire family, especially the young ones. They are anticipating that 1000 participants will take part in the program.

Both of these programs are at affordable price points, because lord knows, this isn’t the cheapest sport to be involved in these days. But then again, I saw the price on a metal bat the other day at $478. Think about that when there are lift/rental/lesson packages out there for around $120.

Industry officials have taken notice and are working on getting those young visitors on the hill, because it is the only way the industry is going to continue to grow.

Now about those lack of helmets……….

Previous Post
Wintry Mix & Light Mist in NC Mountain; Colder and Snowier into Virginia, West Virginia and Maryland
Next Post
Some Snow To Kickstart The Week