What a Fun Weekend It Was 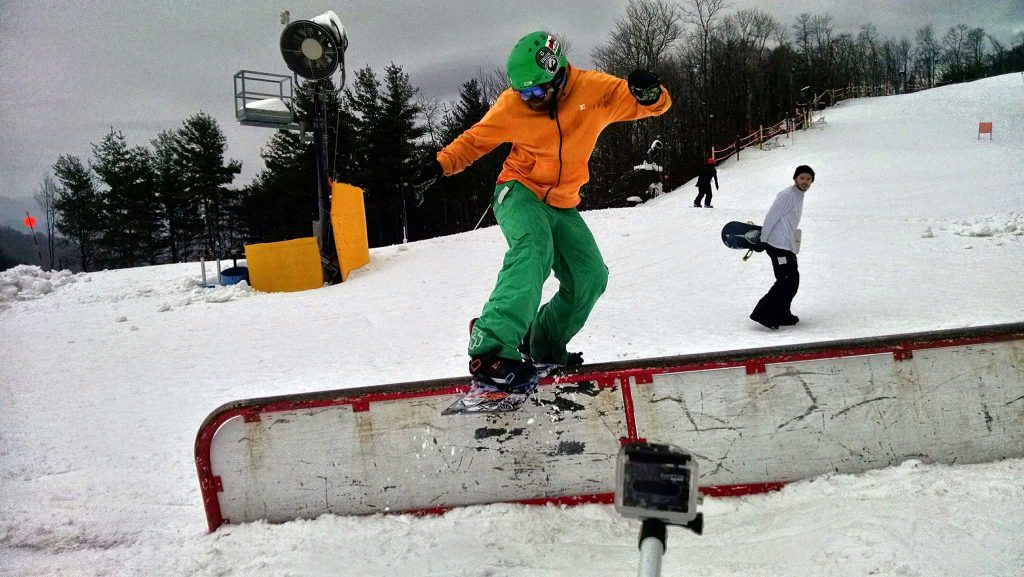 The season is still young, but I’d have to say that this weekend was the best one so far.  Cat and Sugar were both able to open a good amount of terrain and offer more than just  a few runs.  I made it out to Cat yesterday and I was not disappointed.

I’ve only been there on one other occasion, and that was 6 or 7 years ago on Halloween when the beginner runs were open at the bottom of the mountain.  I was pretty stoked to try out something new and got even more pumped when they announced on Saturday that they were opening additional runs.  I think they ended up with 10 trails and 3 lifts.  The top of the quad had 3 options to take…Lower Snowbird, Alley Cat, and Rock Island Run.  Every run had a ton of rollers and side hits to play around on, which made it even more fun.  I still need to get my snowboard legs underneath me though.

I was pleasantly surprised at how much snow was out there.  The coverage was great on every trail.  Luckily, the temperatures were warm enough to where we didn’t have to worry about snowmaking.  I love snowmaking, but I like it even more when I’m not in the middle of it.  It was crazy to sit there on the chair lift and think that 72 hours earlier I would have probably been staring at bare ground.

Overall, I really, really like Cat.  More so than I thought I would to be honest.  It’s not a huge mountain by any means.  I’d call it medium sized for the Southeast.  I like that though.  The vibe kind of reminded me of Hawksnest.  Big enough to offer a variety of trails, but small enough so that when you go with a group (I was with 5 other people) that even if you get separated you’ll run into them pretty quickly.  Also, they had good beer at the bar.  I like that.

Here are a few photos I snapped.  I admittedly didn’t snap as many pictures as I should have, was just having too much fun. Carvebeast has a bunch of GoPro clips that he’s going to make into an Instagram edit, so hopefully I’ll have that for you tomorrow.

Enough about my adventures.  What else is going on?  Well, today is a little on the wet side.  But fear not, for more cold (even colder than last week) is making a return later today and tomorrow.  A little bit of snow is also in the forecast as well.  This week is going to be kind to the ski areas and allow for a ton of manmade snow to be layed down.  Some of the pictures I’ve seen on Instagram, Twitter, and Facebook have been crazy.  There’s even been some whale sightings.  Check out this cool video that shows snowmaking at Beech, Sugar, and App from above.

Drones are so cool.  I want one.  Can’t wait to fly Mike’s here in the coming weeks.

Anyways, like I said, it’s going to be a good week after today which is great news for Thanksgiving travelers.  If you’re headed to any resort for the Turkey Day holiday, it’s looking like you’ll have some great skiing and snowboarding conditions.  Awesome!