FROM ONE END OF THE SPECTRUM TO THE OTHER 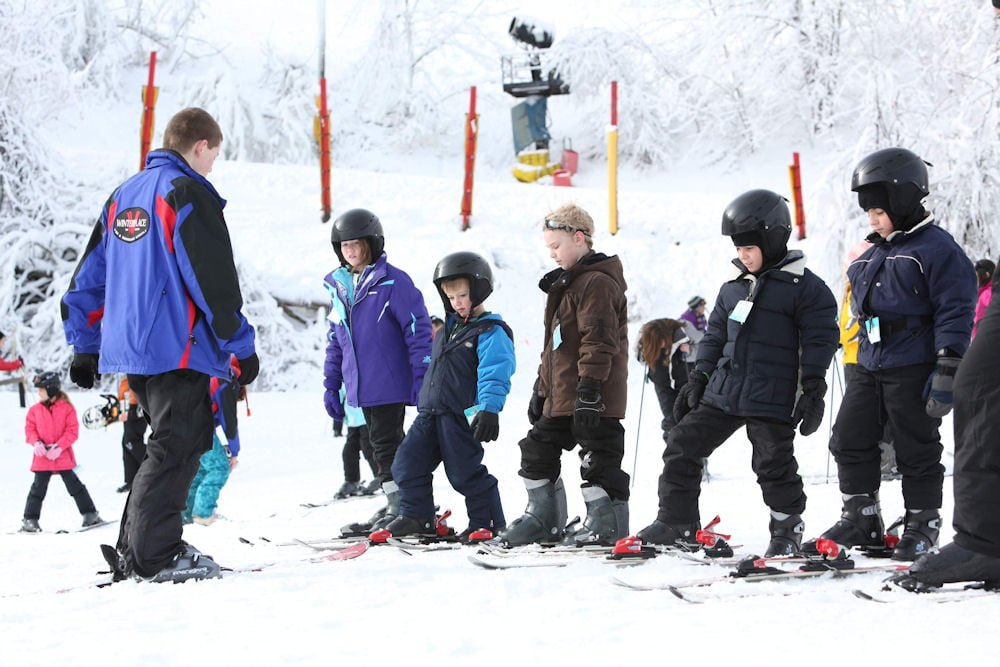 Usually this time of year it isn’t hard for me to come up with an idea for a column as it’s a time of year when the sound of snow guns and the anticipation of holiday crowds on the slopes has everyone giddy in the industry.

Unless you have been under that rock we talk about every now and then, you fully know that getting this season started has been a bit of a challenge due to the constant, region-wide mild temperatures.  So for this week’s thoughts I seek the assistance from my 11-year old son, Christian and lo and behold (not surprisingly) he pointed me into the correct direction.

As many of you know or will now know, besides ascribing this “Snow News Is Good News” column for skisoutheast.com, I also wear the hat of Communications Director of the West Virginia Ski Areas Association.  Which basically means I am the mouthpiece of the $250 million industry in the mountain state.

Twice this past week I was called upon to speak about the opening of the 2015-2016 ski season in West Virginia by Charleston, West Virginia television stations.  The gist of their inquiry was not the excitement of the opening but the fact that it had been delayed a couple of weeks and how the unseasonably mild temperatures were affecting the four-major resorts in West Virginia and if we were going to have a season at all. You know your typical “Doom and Gloom” type of story.

Yea I know, snowmaking so far this year has been limited, but when the guns have been on, there has been a lot of snow made at all of the resorts in the region.  The reporters had no idea, I mean none, that there was any snow at all on the slopes right now.  So much for doing some advance work on their story by checking the slope cams that every resort has operating right now. When they went in that direction I pulled out my handy smart phone, fired up skisoutheast.com and showed them firsthand the piles and piles of snow at just about every resort in the southeast.  I enjoyed observing their startled look and it helped move them away from their “Doom and Gloom” agenda and more towards a “What is Reality” story.

Okay, so the season has been delayed a bit, there’s no getting around that fact and I talked about that accordingly.  In other words, we are only a couple of weeks behind and when the temperature drops this week, everyone will see manmade blizzards at every resort in the region.  I mentioned the P.U.D. factor (last week’s column topic) and if this was January, it would be a whole different scenario.

My point – it seems everyone wants to jump on a bandwagon when things are either going really, really well or really, really bad. It just seems that no one wants to go for a ride in the wagon when things are somewhat in the middle and I guess that is just human nature, especially in the media.  Hey I am a firm believer of telling it like it is and actually have gotten in hot water a couple times in this column for totally and truthfully speaking my mind and I have gotten my hands slapped. But this is not the case this time. The industry is not and I repeat not behind the eight-ball right now, but it has been a challenge to make certain media totally understand that fact.

Anyone in the ski industry who doesn’t have the “the glass is half full” mentality, needs to get out of the business right away and don’t let the door hit you on your way out, so to speak. We are going to be okay and that is the message that needs to be out there right now and the only word you are going to get at this point in this space on skisoutheast.com.

Now as the headline alludes to, let’s go to the other end of the spectrum.  For no other reason than me being lazy and shame, shame on me, my very athletic 11-year old son has not yet learned how to ski.  He has had a lot of fun hours on the tubing hill, but his slacking dad just hasn’t gotten him on the slopes yet, again shame, shame on me.  That my friends is about to change.

Recently I attended with Christian and his mother, the first meeting of the year of the Hurricane Middle School Ski Club.  Yes, the boy is not far away from making his first tracks.  He came home from school one day, all smiles, handing me the notice that the ski club was going to meet and five trips to Winterplace Ski Resort had been planned. I said to myself, no excuses now.

So we get to the meeting held in the school’s cafeteria and it is full with young people wanting to either learn how to ski or have been members of the club last year or the year before.  It was refreshing to see all of the smiles of the young people in the room and helping me realize that in that room was the future of the industry.

Heading up the club is the school’s assistant principle, Mrs. Allen, a no nonsense administrator who made it clear the ski club was all about fun yes, but more importantly, all about safety.  What I learned was before the kids, even if they already know how to ski or snowboard, hit the slopes on their own, have to take a 90-minute refresher. Now that is a plan and I am sure that’s the same situation at all of the resorts who cater to day-tripping school ski clubs.  Christian was very happy that he wasn’t the only sixth-grader who had never skied and all of his nervousness went out the window, when one of his soccer teammates asked him to be his ski buddy.  May I say life is good and yes the boy is about to learn the enjoyment of letting gravity be his friend.

Oh by the way, some of the newbie parents were wondering what they were going to do, while the kids were on the slopes.  No worries there either as my wife, Angie, quickly spoke up and said, “We’ll just go snow tubing”.  Point, set and match.  Hence the other end of the spectrum folks.

Previous Post
I’m Not Going to Lie, It SUCKS Out There. But CHANGE is Coming.
Next Post
Snowshoe Mountain Suspends Operations. Will Reopen Saturday at 9am