Fresh Snow on this President’s Day! 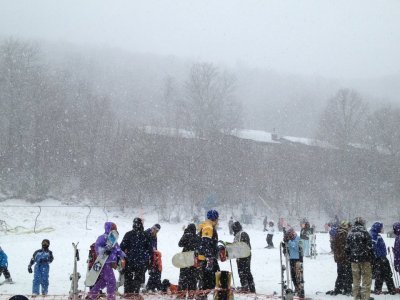 What better way to end President’s Day weekend than with a nice layer of fresh snow on the ground? That’s what we’re seeing at a lot of places across the region this morning as anywhere from a trace to up to eight inches of snow fell at the ski areas across the region. Here are the totals for the storm: 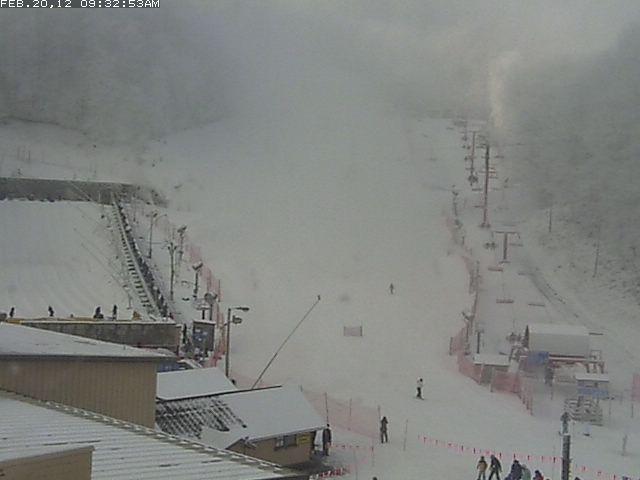 <<< Ober Gatlinburg in Tennessee saw more snow than most of the West Virginia resorts.  How often does that happen?  Things look good out there this morning…nice and wintry!

It’s not too often that you can say that Ober Gatlinburg in Tennessee saw more snow than Snowshoe, Canaan, Timberline, and Wisp combined, but that is exactly what happened. The northern resorts in the region were pretty much left out of this storm. I don’t feel bad though because that is the complete opposite of how the rest of the winter has gone thus far. Those guys still have excellent conditions right now nonetheless.

As you can tell from the numbers, the bulk of the snow fell in southwestern and western Virginia. You have to be pretty happy for Massanutten, Homestead, and Wintergreen as they have been snow starved all season long. This one storm more than doubled their snowfall for the winter. Today is shaping up to be the best day of the season so far at those ski areas. 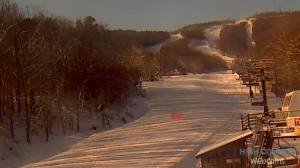 <<< Massanutten looks good this morning after 4 inches of fresh.

Up into West Virginia, Winterplace got a mini-dump themselves. They’re seeing 8 inches of fresh snow this morning and today should offer some spectacular conditions there. They were already offering some of the best conditions in the region and this storm will only add to that.

Here in North Carolina, snowfall totals didn’t pan out quite as anticipated. Well, at least not compared to the forecast from Saturday. They were however right in line with what was originally predicted back on Friday. The majority of snow was in the northwestern portion of the state and it was only a few inches at best. It’s a really wet and heavy snow but it will make for a fun day on the slopes nonetheless. Beech, App, and 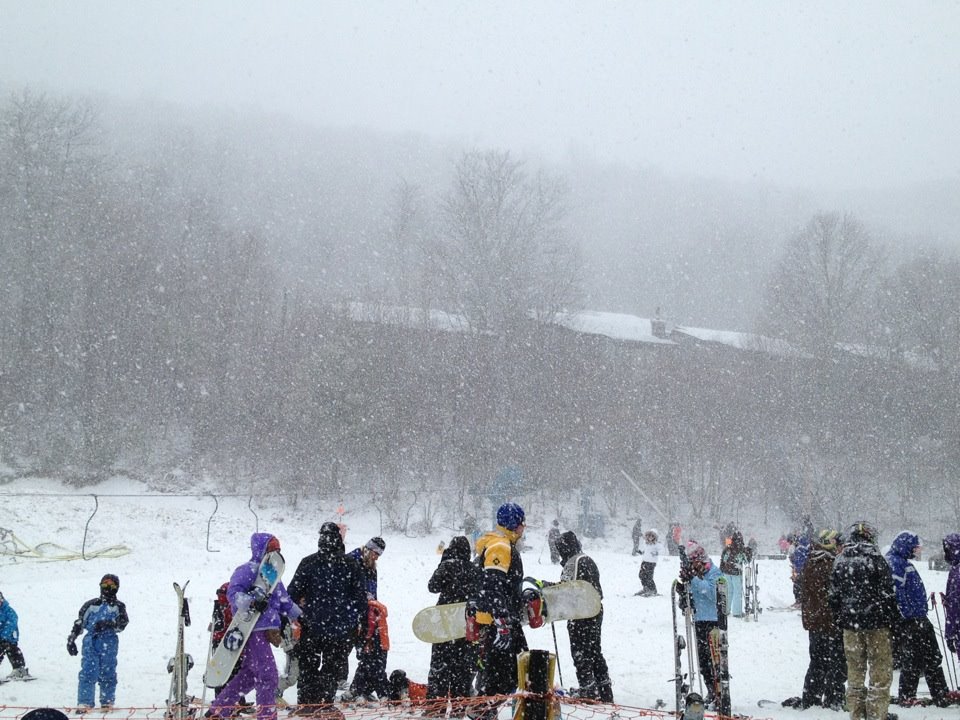 Sugar are all looking pretty sweet this morning and the skiing and riding should be superb. I am really jealous of my buddies who are at Beech today. I’ll be up there tonight though.

<<< Accumulations weren’t as high as anticipated here in NC, but the snow made for a great scene at Beech Mountain yesterday.  Photo taken by Jessica Davis.

This was a pretty interesting storm system to watch develop over the second half of last week. People like to criticize meteorologists a lot for not getting things EXACTLY right, but it’s pretty impressive to think that this storm was being predicted a week before it happened, when elements of it were still out over the Pacific Ocean. Parts of the forecast changed and parts of it didn’t pan out, but overall the storm was forecasted from early on and was done so pretty accurately. I’m biased on this topic if you can’t tell.

If you were on High Country Web Cams yesterday, you probably noticed that things were running pretty slow once the snow started flying. It’s pretty crazy to look at stats for the site and see the HUGE spikes in visitor traffic when it snows. If you had no idea about the weather this winter, all

you would have to do is look at those stats and you could easily tell when it snowed just by looking at the graphs. For instance, our traffic yesterday TRIPLED what it was on Saturday. We’re still working out details on getting a brand new dedicated video server, so once we implement that these slowdowns should go away. We also have three new cams going in over the course of the next week, so be on the lookout for those.

<<< It doesn’t take a genius to look at these stats and figure out when it snowed!

Finally, what would this First Trax report be without your daily reminder about the Snowshoe Summit?  Messageboard members get 25% off lodging for the weekend as well as free Sunday lift tickets.  We’re going to be giving away some shirts as well and Snowshoe has all kinds of events and activities planned for the weekend as a part of Mountain Madness.  All in all, you don’t want to miss this as it’s going to be a pretty fantastic weekend.  Snowshoe has 57 of 60 trails open right now and with the Summit being less than 2 weeks away, you can expect conditions to be pretty great for the event.  I remain very stoked about this.  Check out all the details here…https://www.skisoutheast.com/2012_SkiSoutheast_Snowshoe_Summit.htm…and make your reservations ASAP!  Then, head on over to the messageboard and make sure to add your name to the list!

Previous Post
It’s SNOWING as of 10am! Sunday’s Looking very SNOWY!
Next Post
It’s Going to Be a Spectacular President’s Day at App